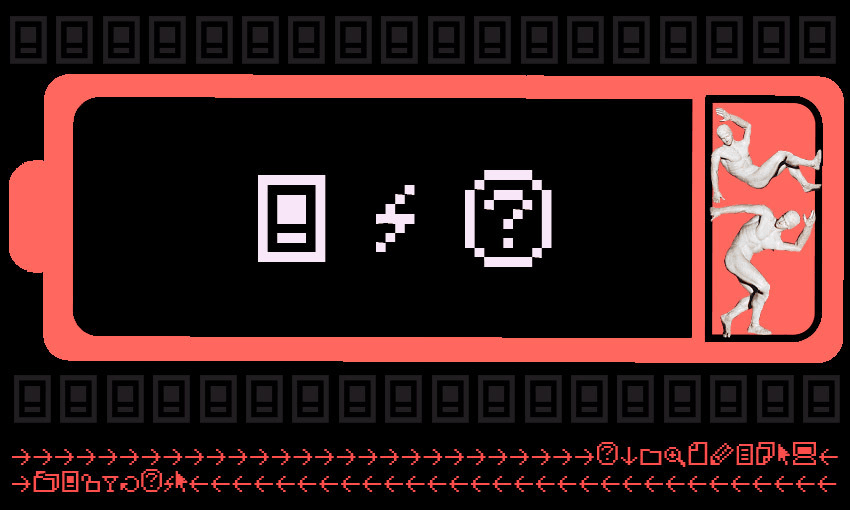 Why does the last 1% of your phone battery last forever?

While 99% of a phone’s battery depletes rapidly, the last 1% basically never dies. Is it real, or all in our heads? For IRL, Josie Adams gets to the bottom of the mystery.

Every morning I use my phone to unlock a Lime scooter, and then to scan into a cafe. As a youth I could get about town with a dead Nokia, using filthy cash notes to buy Gloria Jeans chillers and navigating using a map I kept in the car. But as smartphones came to life, my brain started dying. I can no longer find my way to the supermarket without Google Maps, or remember how much money is on my card without checking the Kiwibank app. I have described our phone use, at length, as something from which we need to be liberated.

They say we millennials are glued to our phones, but I would describe it as shackled. Now, with the implementation of our very useful vaccine passes, everyone else is in the same boat. Over the past few months we’ve all started to check our phone batteries before we leave the house, to make sure we can actually get into the pub. And some of us are noticing something weird.

A fresh, full battery seems to lose 10% every hour. But once it hits 30%, each percentage seems to last longer and longer. Why does that last bit of battery last so long? Is it a trick of the mind? A sneaky bit of product design? Last week I started tracking my phone battery to get to the bottom of it.

I discovered that while not all phones are built the same, mine (an Oppo AX7) can go just over a day on 40% battery. My 13-minute morning Lime trip uses 3%. A good 20-minute TikTok session will use 6%. A half-hour phone call takes the same. Using the vaccine pass is, roughly, a fifth of a percent. When you get that “20% remaining, please charge your phone” alert, I’ve still got at least four hours of moderate use left – and if I don’t use my phone at all, I’ll barely lose anything. While the first 5% of my battery disappears after half an hour, the last 5% goes for an hour and a half. Finally, my last 1% lasts over half an hour of light use; the first 1% is gone in just seven minutes.

A dead phone battery can be an excuse to dip out of society for a minute; to join the ever-shrinking ranks of the unvaccinated and chug coffee from a plunger in your bedroom instead of leaving the house. But it’s harder to get there than you’d think. That’s good news for anyone low on juice and looking to participate in society: you can do it on just 3% battery.

My sample size of one phone was proof the enduring 1% is not a figment of our imaginations. According to Professor Sander Zwanenburg, an information scientist at Otago University, the fear and despair of losing battery life is not tricking you into thinking time has slowed down. “I cannot see a psychological basis for suspecting it is in your head,” he said. “I imagine that seeing 1% can trigger some degree of fear or stress, especially when needing the phone for something important and no cable is nearby. But that fear or stress is not going to seriously mess with your perception of time.”

So the battery bar really is lying to us. But why? Zwanenburg had a hunch: my phone is bad at guessing.

“When they are used, most lithium-ion batteries slowly decrease in voltage before they rapidly drop off and your phone shuts down,” he said. “Because it is first so gradual, it is difficult to measure with great accuracy when that drop-off point is reached.” My phone, he suspects, is just not sophisticated enough to accurately measure how far away it is from dying. “Possibly this is partly due to an ageing battery,” he said.

This could be true. Like my brain throughout the 2010s, my phone battery has become undead. It has a healthy-looking green bar, but it has no idea what’s going on. It just stumbles through the day, throwing out wild guesses as to how long we’ve both got before I can’t Lime anywhere.

Nephi Hatcher, an IT expert and the Auckland-based proprietor of repair store PhoneCloud, says battery power estimates can sometimes be all over the place. “It’s very software driven as to how well they read it,” he said. While iPhones have a relatively accurate read on battery life, Androids don’t fare as well. “Google’s not that interested in it, hence there’s a lot of apps available. But a lot of those apps are junk, in my experience.” He’s seen customers come in with four or five different battery-saving apps, all of which are taking up both space and, ironically, battery power. He recommends AccuBattery.

However, when it comes to the long-lived last 5%, he thinks I’m probably just noticing power-saver mode. I always thought that rejecting the power-saving option at 20% meant it would never turn on. This is wrong; my phone is forcing battery cowardice upon me. “It goes on power saving mode at 5%,” he said. This feature slows your internet use, stops refreshing your apps, and lowers the brightness levels – hence the longer life.

Hatcher says his own batteries can last up to two years, but he has customers come in with problems after as little as six months. This, he adds, is down to battery abuse. “There’s no reason to charge it overnight, ever.” Speaking for myself, my phone only loses about 2% overnight, so he’s right. But for those of you who simply cannot go on with your day if you don’t wake up and see a full 100%, there is a solution. “There are smart cables you can buy that detect when your phone is at 100% and stop sending electricity,” he said. “I sell ’em.”