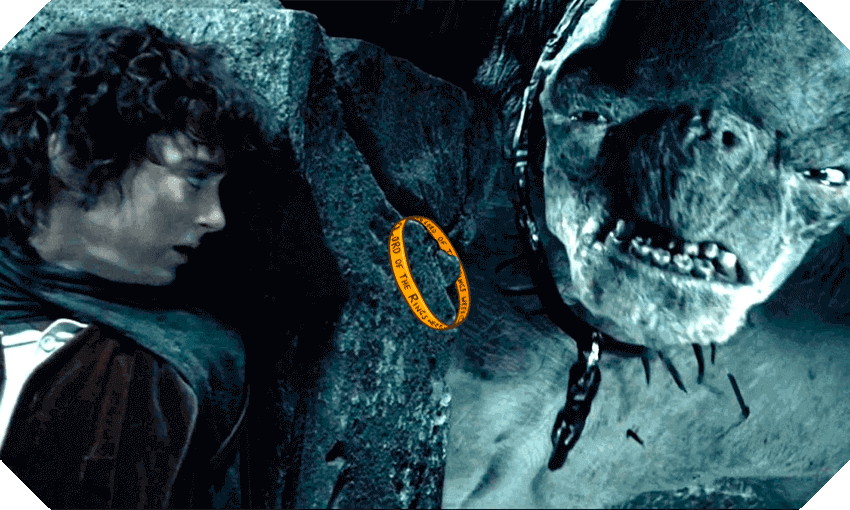 A cave troll, one of my son’s favourite characters in Lord of the Rings. Image: Tina Tiller

My son thinks Lord of the Rings is ‘fine, whatever, Dad’

A cave troll, one of my son’s favourite characters in Lord of the Rings. Image: Tina Tiller

Several sessions into a Lord of the Rings: The Fellowship of the Ring screening that would take many more to complete, my son started putting on an accent. In an actually pretty good approximation of Pippin’s Scottish brogue, he started asking me, “What’s for breakfast?” He’d follow that with a higher-pitched, and still pretty good: “But what about second breakfast?”

This usually happened around lunchtime. My son is nearly 12 and he should be making his own morning meals by now. When I refuse to feed him and point him in the direction of the pantry, he responds with a hunger-strike, and by late morning can be found comatose on the couch, complaining of fatigue, pretending to be Pippin. The only way to resuscitate him is with a large plate of carbs.

He was hungry, for sure. But his accent indicated something else, a sign that he might finally have started to enjoy the movie. For weeks, he’d refused to watch The Lord of the Rings with me, ignoring my requests in favour of lengthy sessions of his favourite video game, the colourful car racer Forza Horizon 5, with his friends.

His reluctance confused me. My son has already passed through many phases typical of boyhood: Lego, Harry Potter, The Hunger Games, and, lately, jaded eye rolls at his dad’s jokes. Lord of the Rings seems like an obvious follow-up, but first I had to convince him. The promise of hobbits, orcs, goblins and cave trolls did nothing to entice him. He’s like his dad: robots are his thing.

Finally, I convinced him to sit through the first hour. He soon had questions. Just seconds into the film, before we meet any hobbits, before Gandalf waves his magic staff, before there’s time for any second breakfasts, my son turned his head and asked: “How come there’s only one ring but it’s called Lord of the Rings?”

As an admitted fan of the film whose day job involves the process of putting words together in a grammatically correct way, I should have been able to answer that question. I couldn’t. Instead, I passed him a bowl of popcorn and told him to concentrate. I didn’t hear a peep out of him until an hour later when we had to turn it off.

I asked him what he thought of what he’d seen so far. He replied: “It’s fine, whatever, Dad.”

That first hour is The Lord of the Rings’ most boring hour. Hobbits dancing around the shire underneath the glow of fireworks did nothing to persuade my son that this movie, one that Aotearoa has based its identity on for the better part of 20 years, was any good.

I asked him if he wanted to continue. “Sure,” he replied. But it wasn’t the same kind of “sure” he delivers enthusiastically about video games, or ice cream. It was half-hearted, insincere, the kind of “sure” he gives his dad these days to shut him up.

After much pleading, and many plate loads of pasta, he sat through the much-better second hour. With more battle scenes, it seemed to connect, especially when the cave troll showed up. I asked him if he was enjoying our bitsy watch of Lord of the Rings. “Yeeeeah,” he responded warily, wondering if I was writing his comments down again (I was). “It’s pretty good. It’s cool that it’s a New Zealand film.”

It took us several more sessions to finish Jackson’s tome. As the closing credits rolled, I asked my son if he was keen to watch The Two Towers next. Without missing a beat, he rolled his eyes and replied: “We haven’t even finished the first one, Dad. There’s 28 minutes of credits to go.”