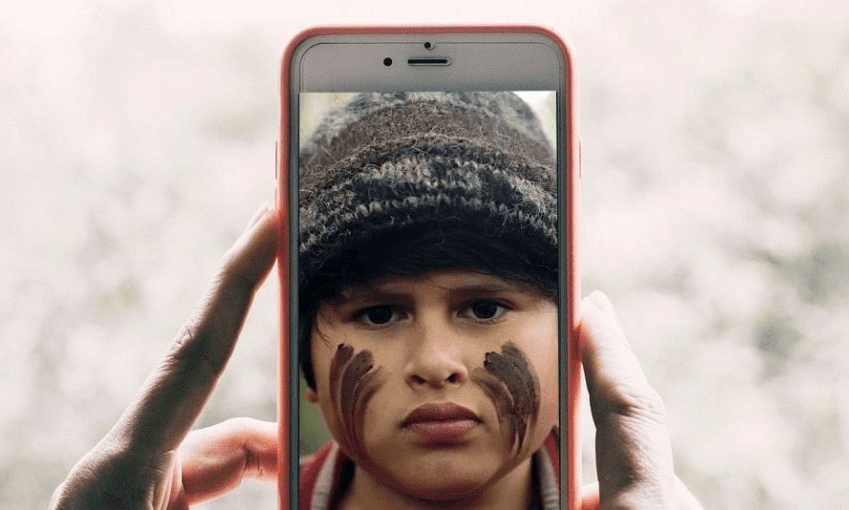 The future of screen formats is vertical, if Instagram TV has its way. And that may not be a bad thing, argues Lydia Burgham.

Millennials have killed a lot of great things in this world: newspapers, analogue clocks, the music industry, face to face communication – but their greatest scalp of all may be horizontal video.

It’s only a matter of time before we hang with the pride level akin to a framed work of art our portrait televisions on our rented walls, and reside in accomplishment on our second hand couches ready to consume videos via the internet. Baby boomers already attest to our narrow perspective, and no wonder when we are viewing video content in such a blasphemous way. Just like we said no to paying for music, we also said no to the exhausting task of flipping our phones horizontally to watch a video.

Instagram has jumped the gun, fresh from hobbling the once beloved Snapchat, and launched Instagram TV. The fancy press announcement announced that users can extend the filming of their montage trying to prove that their lives are better than yours for up to an hour, all filmed in the delightful aesthetically pleasing vertical format. The move has angered some horizontal video purists, and perhaps no more so than the traditional mass media world – who may have to accept defeat, smash their expensive cameras in a fit of rage and film live broadcasts on a smartphone instead. Even naming the feature “TV” is a savage nod to supplanting the older technology.

More immediately in the crosshairs of the Facebook-owned Instagram may be YouTube. The king of video content has been riding a wave crashing into the shore fraught with algorithm issues and angry creators, as well as that one time it promoted a video about a privileged white kid laughing with his buddies about death. The solution: Instagram will shave the unnecessary landscape ends of the video, meaning we will see less of the controversial content and narrow in the focus on what matters most: everything that fits inside a portrait frame, of course.

The epidemic of vertical video is such a threat it has a name: Vertical Video Syndrome, or VVS for short. Coined in 2012 by some concerned puppets, the PSA video warns users of the dangers of conforming to modern video consuming habits. Cinemas will be demolished, George Lucas will re-release the entire Star Wars franchise vertically, YouTube will show four videos at once to save bandwidth – the frightening list goes on. The conspiracy drunk puppets, not unlike The Simpsons, predicted the future. The world has been infected by the vertical video craze, and the very idea that we strain our wrists to film a video horizontally is already asking too much of our poor souls. My generation may never be able to afford to own a house, so let us have this one reprieve, please.

Scrolling through the Instagram TV sector on the app, I see a lot of fancy content ready for my viewing disposal. A cosmetics brand reuploaded their advertisement so I can view it in my feed AND in the TV section, thereby doubling my chances of feeling insecure so I buy another lipstick I don’t need. A musician I follow re-posted her music video in the TV section so I can experience the pretentious cinematic experience in an entirely new format. Speaking of music videos, Spotify bet Instagram to that, with a delightful video of Taylor Swift frolicking through a meadow lip syncing her latest single in selfie camera mode glory. Is it necessary? Not entirely, as one website argues, but it does take me back to the childhood days of where I once believed my amateur music video recreations could compete with the artistic merits of the best in the business. In a somewhat strange an unexpected way, Instagram TV goes against the polished and heavily edited video content YouTube and Vimeo are known for.

CNET reports that 57% of video content is viewed on smartphones, so industries that rely on the medium are tasked with keeping up or falling behind into a graveyard of horizontal video despair. Stubbornly stuck in the thick mud of landscape video are the same folks that cradle their CD players and nostalgically hug their newspapers every morning. I love a print edition as much as the next young person trying to bring back film cameras, but if recent developments in the media industry are anything to go by, it’s adaptation rather than shunning change that will ensure the survival of old school ideas.

I don’t necessarily advocate for the 6 o’clock news bulletin to be broadcast to us in portrait mode, but what I do believe is that online media content would benefit from a world where it didn’t shun video shot in this format completely. Maybe the main media players could put their voxpop content on Instagram TV, or better integrate user-supplied video typically seen during natural disasters or car crashes onto their websites in portrait format – avoiding the black columns of doom altogether. Either way, it will be interesting to see over the next few years what online media outlets will do to adapt.

Killing horizontal video may not be such a terrible idea after all, as long as it’s led by consumers, and not just the needs of advertisers. However, maybe I’m not seeing the whole picture – I’m viewing it vertically after all.