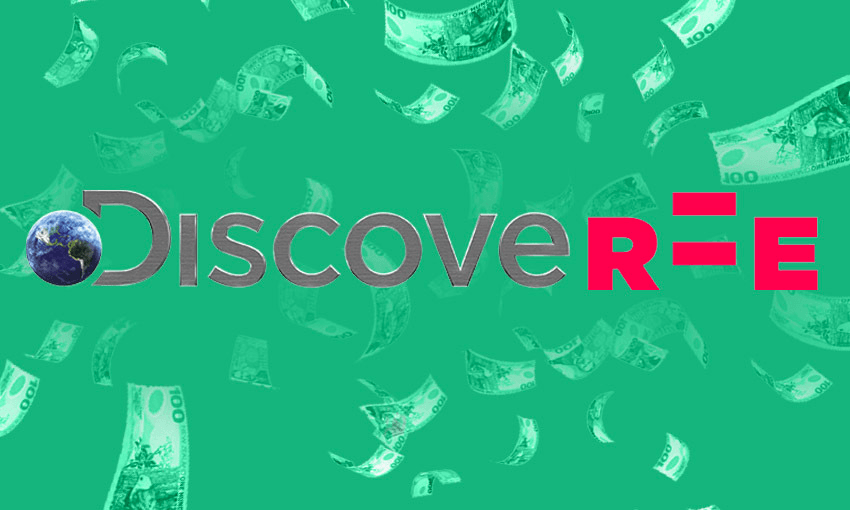 Three’s parent company Discovery is in talks to merge with AT&T’s media assets, with huge implications for New Zealand if it goes through, writes Duncan Greive.

News broke yesterday of a proposed mega-merger that would collect massive global brands like HBO, CNN, Discovery, Warner Brothers and more in a media behemoth which would become one of the most diversified screen media companies in the world. The combined entity has flowed out of AT&T – America’s Spark, essentially, which bought a whole bunch of media in 2016, apparently on a whim as it’s now looking to offload it. The combined company would be a major player in everything from movies to sports to news to drama to reality TV – and considerably expand the scope of a major player in the streaming wars.

If all its shows and rights deals were combined under one roof it would be one of the broadest line-ups among all the streamers. It would need a lot of figuring out – making 24 hour news and sport fit alongside reality and drama won’t be easy – but it’s easily the most fascinating media deal since Disney’s acquisition of Fox in 2019.

How does it impact New Zealand?

Among the thousands of media properties owned by the potential goliath is a little TV channel at the bottom of the world known as Three, which might be on the verge of its second ownership change in less than a year. Another huge part of the deal? The local branch of Warner Brothers is included too. They’re one of the biggest production houses in the country – and easily our most prolific makers of imported reality TV formats. This year alone they’ve worked on The Bachelorette, Drag Race Down Under and the Great Kiwi Bake-Off.

Around 20 years ago, Sky TV bought Prime to serve as a shop window for its stunning line-up of pay TV channels – bringing delayed All Blacks games and major HBO shows to free-to-air. There is a version of this merger which sees these brands all taken out to the large network of free-to-air stations the cable giant would own, and having them function as promotion for a new streaming colossus. Tova O’Brien breaking stories on CNN NZ at 6pm (and serving as the local correspondent for a global audience), before an evening of local reality TV souped up by global budgets and distribution – with major sports and drama rights for good measure? It really could happen.

And the worst case?

It could also swing the other way, with the New Zealand linear asset seen as too small and obscure, with the company’s focus all brought to bear on the streaming product. It might keep a local sales office, and a sprinkling of productions – just enough to maintain a local presence for a dual advertising-funded / subscription product offer. The gulf between those potential outcomes shows just how little we know about what this media leviathan might do with its vast empire.

What could it mean for TVNZ?

It kinda puts the RNZ merger in perspective, huh? And probably makes the case more unassailable, in some ways – if you’re playing in video now, you need as much scale as you can muster. And, potentially, a lot more vertical integration. All those reality shows I mentioned before, that Warner Brothers NZ is making? All fun, talkable, high quality work – and all playing on TVNZ. If Warners becomes exclusive to Three, or its own streaming platform, both the rights to shows like the Bachelor franchises and a large and skilled chunk of the local production sector could become inaccessible. For TVNZ, which is betting more and more on local, that would be a double blow.

It might also prompt TVNZ to accelerate both the fuelling and the launch of its own subscription service, news of which broke just last week, and is looking more important by the day.

How is Sky feeling right now?

HBO. Discovery channel. CNN. Just a few of the flagship Sky TV properties which would be changing hands if this deal goes ahead. And while Sky still has years to run on some of those key contracts, and can offer a strong and steady cashflow to the new entity, it will inevitably cause major consternation at Sky HQ. Disney and Netflix were enough to deal with, but the merger of these assets creates a new media company with scope which looks eerily similar to Sky’s – only at global scale.

How should the government view all this?

A few years ago, the Commerce Commission went on a blocking spree, getting in the way of a merger of Vodafone and Sky TV, and NZME and Stuff. It is powerless to impact decisions made in Hollywood and on Wall St, which tower over all local media entities. Indeed, if this goes through it would create one of, if not the largest media player to ever have a significant presence on the ground in New Zealand. It arguably makes the likes of the Public Interest Journalism Fund and the RNZ-TVNZ merger more urgent, given deep-pocketed global competition, while offering much less certainty of outcome.

Is it actually, definitely, really happening?

This remains unclear – for now. These deals are horrendously complex, and involve multiple shareholders and regulators needing to sign off. But where prior rules might have prevented such huge linkups, the current mood seems to be to let these groups partner up.

Given the opposition – from Amazon Prime, Netflix, Apple TV, Disney and more – there is no shortage of competition. But getting the deal done is only the start – thereafter the snake has to rest and digest for months if not years (this is why those working at Three should rest easy for the time being), creating opportunity in its vacuum.

Make no mistake though – if this deal does go through, it will have a major impact on the local market, with none of our major screen players without exposure to its backdraft. The 2010s were a torrid decade for media. So far, the 2020s are shaping up to be even more tumultuous.

Correction: An earlier version of this story suggested that Bravo was part of the global deal – it’s only the local office which is implicated. The Spinoff regrets the error.