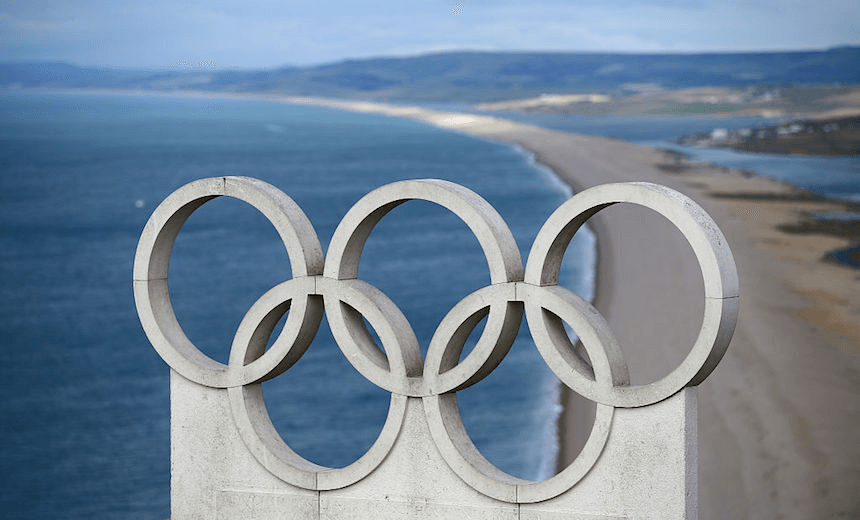 Sky TV issues Olympic ultimatum to media: play by our rules or you can’t cover Rio

Sky TV is attempting to massively restrict online coverage of the Rio Olympics – and both the Herald and Stuff are considering staying home in protest, reports Tim Murphy.

These are some of the controversial conditions Sky TV is believed to have tried to impose on New Zealand websites hoping to use video footage of the Olympic Games in Rio in their coverage of the event.

The conditions have led to a heated behind-the-scenes media fight which could affect how much Games coverage you can watch on your mobile or computer. Most troublingly, some of the disputed points are contained in the News Access Rules – if journalists don’t sign up they cannot be accredited as media for the games. Meaning that Sky is attempting to use its position as rights holder to circumvent New Zealand copyright law and deny other organisations’ journalists access to the games if they don’t agree to its demands.

The fight reaches a critical deadline today, and if there is no progress from Sky, there has been talk within both of the NZME and Fairfax of retaliating by sending vastly scaled back teams to the games, and it remains a very real possibility that one or both organisations might respond in this way.

The long wrangle has even extended to whether general media wanting to use Sky’s footage can air criticism of Sky TV commentators and if they can make Gifs of Olympic moments. Sky argues it ‘paid dearly’ for the rights and the conditions offered to others in New Zealand are the same or better than overseas.

At one point there were moves to stop competitors showing Olympic video clips for three hours after events. It’s understood the delay now would still be 40 minutes. There are fears in media circles that the restrictions, if accepted, would be used to attempt to reduce the amount of video coverage of other top sports going forward.

Less than a month out from the Games, Sky, as the rights holder in New Zealand, is trying to force the nzherald.co.nz and Stuff.co.nz websites to agree to use far less video online than is allowed by law here for news, including major sports events.

Sky’s hardline stance on the Games could see NZME (owner of the Herald) and Fairfax (owner of Stuff) scale back their teams going to Rio de Janeiro in protest. The sites commonly use action footage from Sky or other broadcasters, legally, for up to 90 seconds in the aftermath of sports and news events.

Given New Zealand taxpayers pay the bulk of the high-performance funding for our key Olympic athletes, and this country has no law forcing such major sports events on to free television (as they do in Australia), the issue is extremely sensitive. The Olympic Charter even calls for the Games to be made available to as many people as possible worldwide.

The two big newspaper-digital companies were joined in an industry-wide resistance to Sky’s crackdown by TVNZ and TV3 but it may be that the television companies are more open to compromise.

They are understood to be less affected by the new Sky demands because they might still provide them with adequate material for their needs. The attempt to control footage after the live event runs counter to prevailing winds in global sport, with bodies like the NBA seeing footage as advertising for their product, which now proliferates on YouTube. Sky’s stance appears to hark back to a pre-internet era, when footage was far more easily controlled.

For Rio, Sky wants to cap other sites’ use of video at a maximum of 120 seconds for a whole day, or to corral it into three two-minute ‘bulletin’ style shows daily at agreed times after the action.

It has the New Zealand Olympic Committee on side. Not only does the NZOC have its own Rio app, making it a content broadcaster in its own right, but its News Access Rules in the official accreditation to the Games for Kiwis would effectively see the Herald and Fairfax sign away their rights under New Zealand copyright law.

The two firms are understood to have given Sky and the NZOC until today to back down from their demands – or the media companies will consider withdrawing their accreditations and instead use footage freely and legally off Sky TV from back here in Auckland.

Some reporters and camera people could go to Rio, but if they don’t sign the News Access Rules they could not attend Games venues or events, limiting the two big sites and their newspapers countrywide’s ability to cover the triumphs and human interest of the Olympics. That is not an appealing thought to the NZOC, and Sky would be vigilant in policing ‘fair use’ of its footage over the Olympic fortnight.

Sky’s director of communications, Kirsty Way, said the company was not concerned if other media companies went to Rio or not. “There’s plenty of media coverage of the event and fair use will still stand whether they go or not.”

Sky will show some of its Games coverage – which would have been a big investment – on its Prime free-to-air channel, from 11 pm to 3 pm daily, and on Sky Sport 3 and 4 plus 10 pop-up channels and a new app.

“For the rights to be of value, we cannot have clips put straight on line [by other media companies]. It takes all the value out of it,” Way said.

She was not aware of the suggested restriction on criticising Sky’s commentators.

Disputes between sports bodies, television rights-holders and other media are not new. For the 2015 Rugby World Cup, World Rugby tried and failed to force New Zealand media to sign away their rights to the same ‘fair use’ of video under our jurisdiction. But that standoff did see the rugby body win more influence over media footage and its digital use than in the past.

The newspaper digital sites are worried that should big news stories break at Games venues or events, they would be precluded from providing the video footage their audiences would expect, and New Zealand law accepts.

Sinead Boucher, the editorial chief for Fairfax, said: “We’ve gone to Sky as an industry to really protest a very heavy-handed approach towards how we can cover news stories of great national interest – and some of their restrictive clauses. We see them as anti-competitive, unnecessary and they go beyond the interests of ensuring fair use.”

NZME managing editor Shayne Currie said the company was in discussions with Sky and was “hopeful all issues will be resolved by Monday.

“We believe it’s important media have fair rights to cover the world’s biggest sporting event – one in which New Zealand taxpayers have invested heavily – without compromising our ability to cover news angles under fair-use provisions in the Copyright Act.”

The NZ Olympic Committee’s Ashley Abbott said in a statement:

“Coverage of the Olympic Games is really important to us and we work very hard to facilitate coverage of NZ sports and athletes before and during the games on behalf of all media organisations. The New Zealand Olympic Committee is not the rights holder for the Olympic Games – this in New Zealand is SKY. As such we are not in a position to negotiate the News Access rules.”

Which in this case would make Sky the Lord of the Rings. For now.

Update: Sky has been in touch to emphasise that the ‘no GIFS’ clause is an International Olympic Committee stipulation, not Sky’s.  The IOC refused to remove it after New Zealand media objected to Sky.
Additionally, Sky says the clause about not criticising Sky Commentators is no longer in the access rules, after other media here objected to the initial draft that included it.