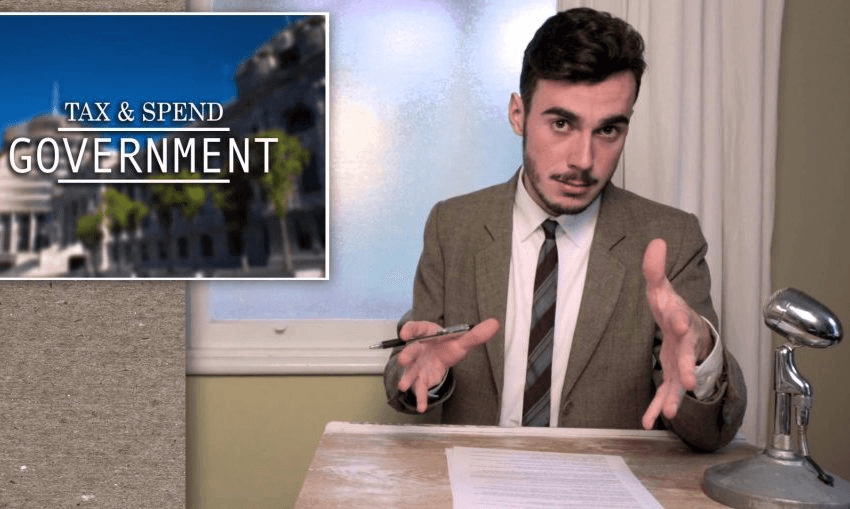 The calculus of supply and demand has driven WMBAD to abandon humour and focus instead on hot takes. Here Robbie Nicol, Finnius Teppett et al pitch their wares

White Man Behind A Desk has given up comedy because it is a moral evil. Some people might think we gave up because of our inability to convert views into financial success or because we were never that funny to begin with. To those people, we would say, “Shut up.”

Luckily, we have discovered a job that requires neither knowledge nor humour – political commentary.

The White Man Behind A Desk writing staff now intends to devote their time solely to the production of inflammatory hot takes. To prove our worth to potential employers, here is a batch we thoughtlessly threw together this morning:

Example hot take: “For all of the left’s talk of inclusiveness, togetherness, and co-operation, it’s clearly a smokescreen for the real agenda.” – Mike Hosking, 2018

We have drafted the following articles ready for immediate publication:

Example hot take: “How many crooks and meth people are we compensating and how as a taxpayer, as you’re paying the bill, do you feel about that?” – Mike Hosking, 2018

I can write the following articles in seconds, but my fee will not reflect that:

Here are some articles on suffrage we would happily write for a large, nominal fee:

Example hot take: “I live for the day we live can yell at the ‘man made’ climate change types I TOLD YOU SO!” – Leighton Smith, 2018

If the following articles are not published within the next week, the mainstream media is obviously corrupt:

Having given up comedy, White Man Behind A Desk is touring an extremely serious, totally humourless seminar to Dunedin from the 27th-29th of September, and to Auckland from the 3rd-13th of October. For an anti-comedy TED-style talk, there’s more fake blood than you might expect.