The multi-venue Elemental Nights festival is a long-awaited chance for alternative music fans to dance in the dark, writes Alex Cabré.

There’s fun to be had under the cover of darkness. It’s when sound hits the hardest, when light shines the brightest. If live music is your bag, as it is for Live Nation’s Renée Hermsen, it’s when real magic can happen.

“I love the night. It brings such a different atmosphere to shows when it’s colder and the evenings are longer.”

Even over the phone her excitement is palpable as we chat about the return of Elemental Nights, the live music wing of the broader Elemental AKL festival, which kicks off this week.

Elemental promises a chance to “feast your eyes, feed your mind and fill your heart”, says Hermsen, who curated this year’s music programme. It’s an opportunity to fend off the winter chills with a programme of light shows, live performance, and food pop-ups at venues across the city. Been along Queen Street recently? You’ll have seen their banners.

The festival as a whole is in its third year, with Elemental Nights in its second. Presented in partnership with Live Nation, one of the world’s leading entertainment companies, this month’s run of gigs is set to feature international and domestic talent alike. Aria-winning, Grammy-nominated singer-songwriter Courtney Barnett, alt-country crooner Julia Jacklin, and mullet-sporting punks The Chats will all make the hop across the ditch thanks to the trans-Tasman bubble. Even with the ongoing disruption of Australia’s latest Covid outbreak, the festival is far better poised to go ahead than last year. The inaugural 2020 edition was mired by Auckland’s second lockdown, with some events pulled completely and the remainder delayed by several months, says Hermsen.

“Sales at that point literally dropped to zero. In an instant they just went off a cliff”.

Most of this year’s shows featuring Australian artists were arranged in the past few months, after the bubble was announced, she says. “I’m stoked with where it all landed.”

“The good thing with New Zealand, especially here in Auckland, is that we’ve gone through [lockdowns] three or four times now so I think there’s a lot more confidence that even if we have another outbreak, we’ll manage it again. With that second outbreak last year, that wasn’t yet the case.”

To many, Elemental Nights will be an overdue celebration of an alternative music culture which, compared to mainstream entertainment offerings, has been feeling neglected over the last 16 months.

The current border restrictions mean the few international performers allowed to enter the country have mostly been names with mass-market appeal – the sort of people who can afford the time and financial burdens of a fortnight in MIQ. Big-ticket comedians like Bill Bailey and Russell Howard, not to mention a certain animal-based theatre troupe now on at Spark Arena, can recoup those costs through ticket sales far more easily than their niche counterparts.

Of course, local artists have risen to the occasion commendably, with pop acts like Six60 and Benee packing out huge venues nationwide, becoming – for a moment at least – the biggest live acts on the planet.

But music culture at a grassroots level relies on in-person interaction to survive, and with this year’s cancellation of Laneway Festival, the hipster mecca that brings thousands of music fans to Auckland’s Albert Park each summer, alternative music fans have been left with a hole in their lives. Enter, Elemental Nights. Ask any musician: the loss of shows due to Covid has affected artists as much as it has their fans. That’s true for Eamon Sandwith, the fiery-haired frontman of Aussie pub-rock trio The Chats, who play the Hollywood Theatre in Avondale as part of the festival.

“Pretty much how any artist makes money nowadays is from touring, or from fucking brand deals or something. There’s no money in, like, royalties or none of that,” he says over Zoom from his home in Queensland.

The Chats dropped their joyfully riotous debut LP High Risk Behaviour at the end of March last year. Its accompanying world tour, set to take them across the US and Europe, has been postponed until 2022.

Getting on the dole helped the band pay rent when they should have been on the road, and they’ve been keeping busy writing new material, which Eamon describes as “classic Chats stuff”. That is to say, “fast, short and angry”.

They’ve almost completed the Aussie leg of their abbreviated tour when we speak, and Eamon says he’s looking forward to getting back out to Aotearoa – he names K Road’s “sweaty, grimy” Whammy Bar as a favourite place to play – as well as the rest of the world.

“It sucks having people hit you up on the internet and be like ‘I was meant to see you today in Birmingham’ or whatever. You’re like, shit, man, I wish I was there right now.”

Some New Zealanders are still stuck on the other side of the ditch thanks to the recent border issues. How might the trio cope if they ended up stranded over here?

“Beer is significantly cheaper in New Zealand than Australia so I think we’d just get a couple of cases and sit around the hotel and make the most of it. I like a Speights. Double Browns are nice too. We usually just drink VB.” Sounds like a plan. 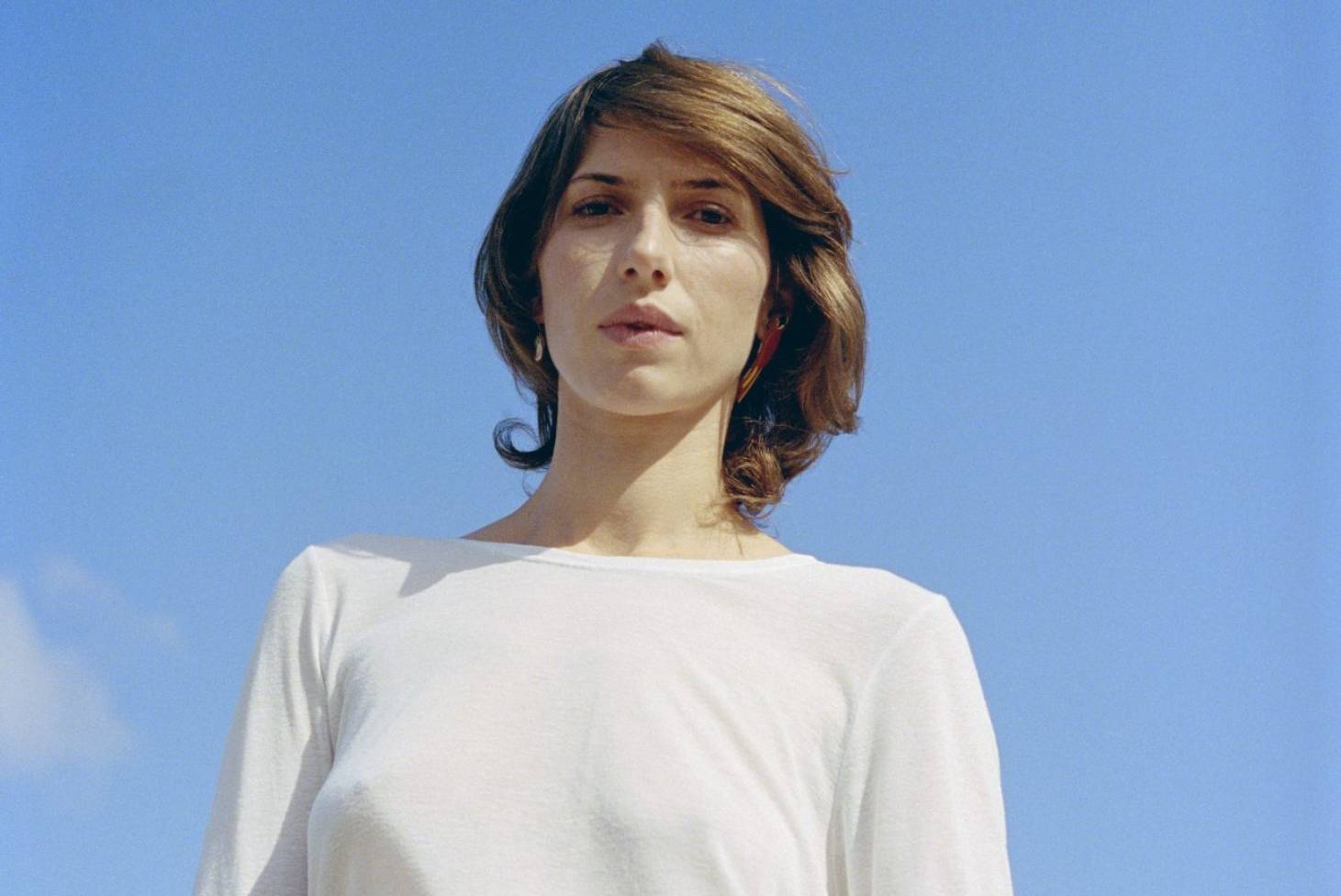 Elemental Nights isn’t all about welcoming our trans-Tasman neighbours to our shores. There’s also some great home-grown talent on the bill, including the birthday party of the year: Flying Nun’s 40th anniversary celebration on July 24th.

Founded in Christchurch in 1981, the legendary indie-rock record label is due to take over Auckland’s Town Hall for a showcase of their roster across three stages. It’s a configuration never before used at town hall, says Hermsen.

The line-up represents the remarkable breadth of the label both past and present, featuring veteran acts like the indie-pop quartet The Bats, formed in 1982, alongside Apra Silver Scroll-winner Aldous Harding, who  was born eight years later.

Among Flying Nun’s younger faces are post-punk trio Wax Chattels, who signed to the label in 2018. Last year they released Clot, their intense and broody second LP.

“Forty is huge! I mean, 40 is big for a person’s birthday, let alone a record label from little old New Zealand,” laughs bass player and vocalist Amanda Cheng, as she looks ahead to playing the showcase on the 24th. 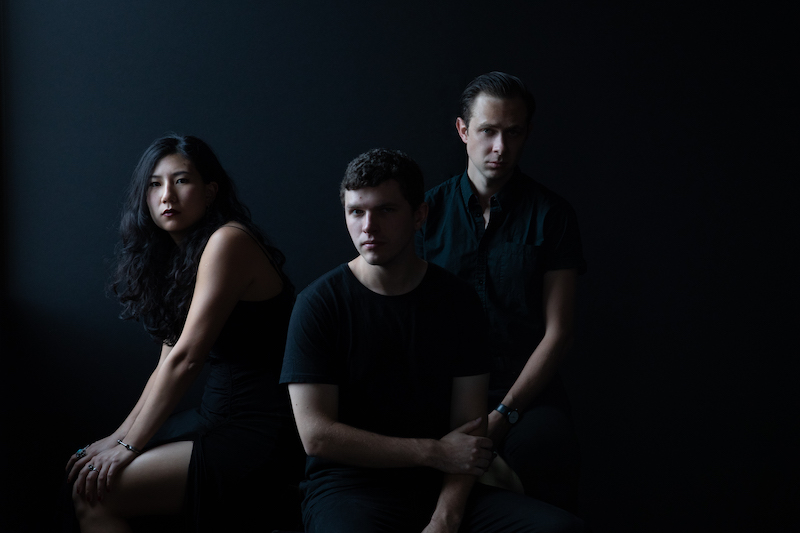 For Cheng, Flying Nun exemplifies the spirit of independent music. Staying true to an ethos of creativity for its own sake has been key to Wax Chattels’ ascent. The band first found a fanbase playing at DIY spaces around K Road, and she says Flying Nun has provided them with a sense of community too.

“It’s a bit of street cred”, says Cheng. “It’s something I’m really grateful for and it feels really special to be a part of. It’s also a very strange thing having this little stamp of indie rock approval, so to speak.

“You get the privilege [that] people will give your music a go purely because you’re a Flying Nun band, even if they don’t stick around, which I think says a lot about the label and its reputation.”

Alongside live music, the anniversary show will feature a merch and record store pop-up as well as food trucks outside.

“It’s gonna be a big celebration,” says Hermsen. “The space itself and what we’re planning to do with it is going to be spectacular.”

Elemental Nights opens on Friday and continues at various Auckland venues through the rest of July: