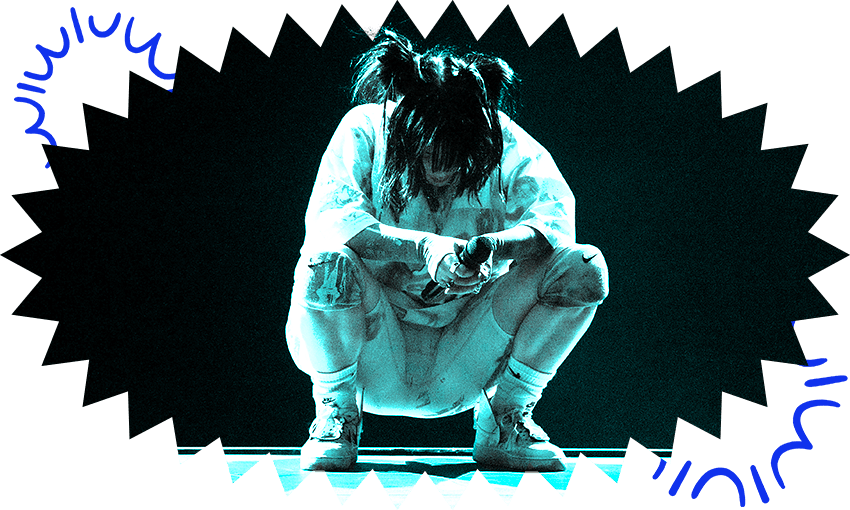 After three years off, the trendsetting music festival’s return was a messy spectacle of emotions. Chris Schulz watched from the comfort of his living room.

“I fucked it up!” Flume, the hit-making Australian DJ known to his mum as Harley Streten, is on Coachella’s main stage for his third appearance at the long-running Palm Springs festival. Rocking bleached Kurt Cobain locks and Formula 1 leathers, the night’s headlining DJ looks ready for business. Knobs are twisted, sample pads are tapped and ear-piercing feedback shrieks across the masses gathered in the Colorado desert.

Despite the building hype, Streten stops the show. He’s about to deliver a guest-heavy set featuring Vince Staples, Tove Lo, Caroline Polachek and many others. But while cueing up his first song, a collaboration with Toro Y Moi called ‘The Difference’, he’s hit the wrong button. “I fucked it up!” Streten repeats sheepishly, hiding his face from the crowd. Then he smiles and resets: “Let’s try this again.”

Nerves? For sure. After feeling the full force of America’s disastrous response to Covid-19, there were plenty of awkward moments from the dozens of acts across Coachella’s multiple stages as the festival’s gears began grinding for the first time in three years. Billie Eilish mistimed a kick to a pink balloon, then rolled down a ramp like a kid playing in grass. Brockhampton front man Kevin Abstract appeared to forget the words to the rap boy band’s biggest hit, ‘Boogie’. Then Carly Rae Jepson fell down some stairs.

Instead of ruining things, mistakes and mis-steps like Flume’s fluffed intro created a freewheeling festival experience fantastically free of pretension. What takes place at Coachella is often repeated and replicated on stages the world over for the following 12 months, including here in Aotearoa. But this year’s headliners couldn’t land fighting fit with road-tested sets honed to perfection. For many, this was their first performance in months.

It was refreshing to see them arriving on stage just like the rest of us emerged from our houses after lengthy lockdowns: blinking at the lights, wondering what we’re supposed to do now.

Some countered their nerves by trying to enjoy themselves. Run the Jewels delivered the festival’s best rap set, the best-friends-turned-rap-duo of El-P and Killer Mike beaming through the blistering afternoon sun. “All that time sitting around at home made me realise I fucking love my job,” Mike declared deliriously. Megan Thee stallion shocked with her ruthlessly filthy rhymes and diss tracks, and then Doja Cat did the same.

No one had more fun than Channel Tres, the impeccably dressed retro neo-soul singer who delivered shimmering summer jams and co-ordinated dance moves, along with occasional dog barks, to the dance tent.

For others, the emotions of being back on stage cut a little deeper. Pregnant Scottish-American electro-pop singer Bishop Briggs dedicated a song to her sister, who died recently of ovarian cancer, then began crying. During Arcade Fire’s surprise late afternoon set, frontman Win Butler claimed he wouldn’t have survived the past two years without his son, then introduced a song written especially for him. He mucked up the start and burst into tears.

It felt like the curtain had dropped a little on the usually tight showcase. But Coachella was still dominated by dramatic, oversized stage presentations bearing the hallmarks of artists with too much spare time on their hands. Swedish House Mafia performed under one giant ring to rule them all. Denzel Curry’s DJ stood in the cockpit of an X-Wing fighter plucked straight from the set of Star Wars. Australian DJ duo Duck Sauce donned beaks and performed in front of a giant rubber ducky. Megan Thee Stallion was backed by a dance team of smiling cyborgs.

Had I been there, I would have been smiling too. Full disclosure: as much as I wished I was in Coachella’s front rows alongside the heaving masses, I wasn’t. Instead, I indulged from my couch through three free YouTube livestreams, with better snacks and colder beer at hand. Those streams help replicate that experience of festival FOMO, replacing stage-hopping with channel surfing, but how long they remain free is uncertain: with dedicated celebrity presenters, exclusive graphics and performers mugging for the camera, I wouldn’t be surprised if it’s paywalled next year.

Where is all this pointing? Who the hell knows. Perhaps Coachella’s chaotic musical cauldron shows that after two years of nightmarish conditions for live music, no one knows what’s going on. Time no longer matters: Carly Rae Jepsen bounced around to her 2012 hit Call Me Maybe, Billie Eilish performed the 2005 Gorillaz hit Feel Good Inc with Damon Albarn and De La Soul’s Posdnuos beside her, British DJ Jamie xx delivered a set of throwback, post-club dance music with hilarious visuals of old school ravers, and, at the age of 21, Beabadoobee rocked a set of sweetly sung grunge anthems plucked straight from the 90s.

Then there was Harry Styles. Picking trends might be impossible, but if you’re looking for a sure sign of a looming musical apocalypse, it came during the One Direction singer’s first night headlining performance when Shania Twain joined him to sing ‘Man, I Feel Like a Woman’ in glimmering matching sequins. Even Twain looked shocked at being invited onto Coachella’s main stage. She should be, but man, can she still sing.

The artists that fared best were those prepared to have the most fun while soundtracking an impending apocalypse. At just 20, homespun goth-pop titan Billie Eilish earned her headlining status with a set of brooding, blackened, ASMR-flecked bangers. The Weeknd, stepping up to perform alongside Swedish House Mafia in Kanye West’s vacated Sunday night spot, delivered a set far superior to his 2018 show – darker and grimier with intensity to burn. Flume’s dystopian glitch-hop, full of soaring vocals and twitchy beats, felt beamed in from an alternate reality, one dominated by the giant computer-generated parrots looming over his stage.

For my money – of which I didn’t spend a single cent – the weekend’s best performance came from Arcade Fire. Despite seeing them multiple times at Big Day Outs across the years, I’ve never been a fan of the Canadian festival veterans and their circus vibes. Yet, in a giant tent as the sun dropped at Coachella, they clearly knew how to tap into an emotional undercurrent. “It’s been a couple of hard fucking years,” said Win Butler, using both hands to wipe tears from his eyes after he screwed up the opening of Unconditional I (Lookout Kid), a new song from their new album.

At that point, I teared up too. It wasn’t sadness, but the sheer joy of seeing a band so clearly living in the moment, loving every second of it, feeling all of their feelings and channeling that back out to a crowd. Screw-ups and all, it’s a reminder that we haven’t done this nearly enough lately. Local promoters probably already have their requests in for Arcade Fire to visit New Zealand. Without a doubt, I’ll be there, with a couple of spare tissues jammed in my pocket in case my emotions get the better of me too.