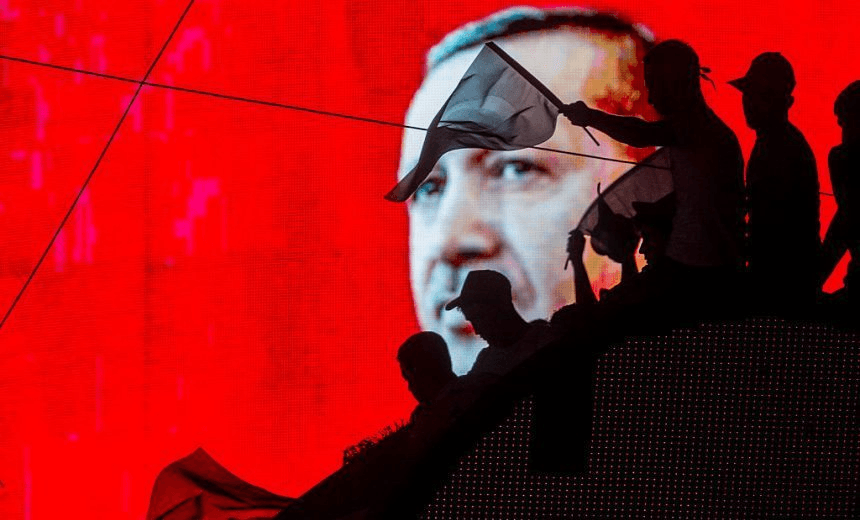 By Maria Armoudian
Guest writer
Made possible by

The Turkish president has brutally suppressed protesters and purged every branch of government of any opposition. We must stand up against him, writes Maria Armoudian.

The test of a leader’s commitment to democracy is not in peaceful and agreeable times but in times of dissent and disagreement.  And Turkey’s president Recep Tayyip Erdogan has failed the test.

But that’s not a true democracy. Democracy is a messy business, based on the idea that multiplicity is good, and that in the great marketplace of ideas, the best ideas win. It is the ideal that no one owns power for their own self-interest, but that power is to be used for the good of constituents in the best possible fit.

It’s the idea that with discussion and debate, complaint and critique, the body politic waxes and wanes, tries this and that, but overall improves the lot of the many.

Determining what is good for one’s constituents never has and never will come from one person sitting in a position of power without an understanding of the experiences, hardships and desires of those people.

And controlling the flow of information by seizing all of the media, the educational institutions and the branches of government only makes this democratic goal impossible.

Democracy requires a lot of things, and among them is a free, open and ethical media establishment able to relentlessly check propaganda.

It requires the people’s ability to hear and consider complaints and possible solutions for those complaints, and ideas for better policies.

This is one way that people – not tyrants – can come to understand which ideas, policies and representatives they prefer.

Erdogan has failed this test and many more. He has brutally suppressed people who have protested against his policies. He has purged every branch of government of any opposition, large and small, alongside several mass media outlets and the educational academies.

Human rights groups believe he has tortured and killed those who supported the failed coup. He has openly rejected the jurisdiction of the European Court of Human Rights and openly advocated for the return of the death penalty.

Astute observers should not be surprised. Turkey has never lived up to its myth. Built upon the blood, bones, and property of its past and present minorities, it has buried those facts and most of the evidence alongside their mass graves.

Some suspect that Erdogan’s true desires are to supplant Ataturk, founder of the Turkish republic and president of Turkey (1923 –38), who both modernised and “Turkified” the country after the 1915 mass annihilation of Armenians, Assyrians and Greeks, and finalised the elimination of the remaining Armenians.

The question remains what New Zealand’s relationship should be with a virtual dictatorship that simply masks its brutality? Can we justify normal relations with a leader who continues his country’s long history of human rights violations on its own people?

New Zealand has historically been extraordinarily courageous about standing against what it believed was morally and ethically wrong, even when that stand was in opposition to a country much bigger and more powerful.

Perhaps it’s time for our leaders to once more take a stand against human rights abusers, and in particular Turkey, given its long history and Erdogan’s most recent acts.