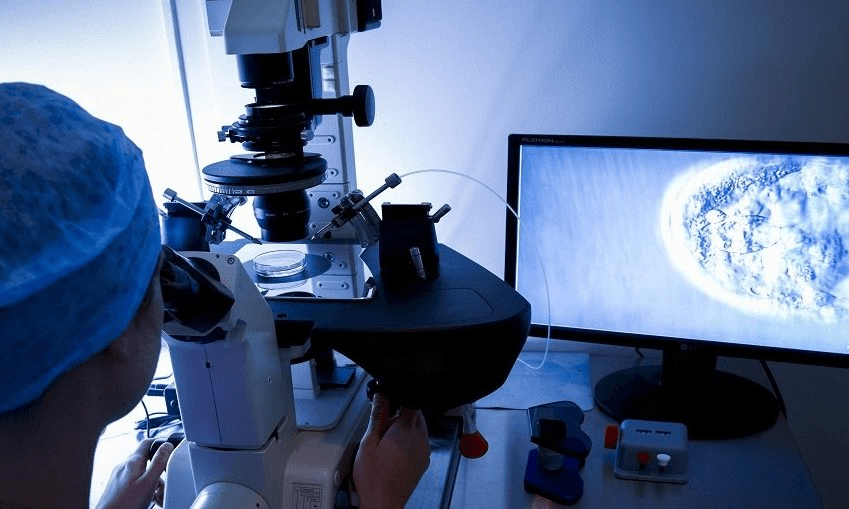 Human sperm injected into a human egg cell as part of in vitro fertilisation. Photo: Getty

Accidentally on purpose: On giving up the dream of getting pregnant ‘the right way’

Human sperm injected into a human egg cell as part of in vitro fertilisation. Photo: Getty

What is it like to face infertility when you’re ambivalent about becoming a parent? From hoping to conceive ‘accidentally’ to starting IVF, Alicia Young writes about her long journey towards motherhood in a series for The Spinoff Parents.

At age 28 you break up with the long-term boyfriend who never proposed to you, and who is a member of the Voluntary Human Extinction movement. You spend the next two years looking for a kind, stable man with a good moral compass. When you find him, he’s also cute and knows how to cook. You get engaged after one year and marry a year later. You visit your doctor and get your IUD taken out. You buy a baby name book.

For the first time in your life, you’re not actively avoiding getting pregnant. You hope it will happen accidentally-on-purpose the way it happened for most of your friends. But it doesn’t happen. After a year of nothing happening, you decide to seek medical help.

Getting into the medical system is almost as difficult as getting knocked up. You’re pretty sure you’re eligible for funded treatment, but while navigating a fragmented system you spend a fair bit of money and see three different providers before officially making it onto the waiting list. In between getting married and getting on the list, two years pass.

While you wait, you think. Given the obvious downsides of having children, you wonder why people have them at all. When you’re intentionally, scientifically, trying to make a kid, you should have a good rationale. It would be great if you were a genius passing on your genius genes, but your genes are nothing special. Some people believe that having children gives our lives meaning, but you think being reliant on other people for meaning is sad and rather shocking. As a vegetarian and a public-transport user, breeding will be the worst thing you’ve ever done for the environment. You come to understand that there is no altruistic reason for having children: the desire to breed is as innate as it is illogical. You wouldn’t have thought about this as much if you’d become accidentally-on-purpose pregnant. You could have held your hands up and said “everything happens for a reason.”

While you wait, you stay in your job through an excruciating restructure because you want to remain eligible for parental leave payments. But after a while, you realise you can’t continue to live in a holding pattern. You don’t want to end up five or ten years down the track, without kids, stuck in a time-warp where life hasn’t moved on. You and your husband concoct a plan, up sticks and move cities. You now own a real house, with three bedrooms, a yard and a view of the sea. The kind of house you could raise a family in.

You research adoption. You wonder how Child, Youth and Family would react if you asked for a kid without foetal drug and alcohol syndrome, major disabilities or the types of early experiences that tend to predict mental illness. Is it okay to ask for a relatively healthy child, or would they put you on the ‘do not give these jerks any babies’ list?

Seven months after the move, you reach the top of the fertility treatment waiting list. They bring out the big guns straight away – IVF. After so much waiting, you’re not prepared for the speed at which everything happens. Before you know it you’re lying on the marital bed and your husband is trying to jab you with a needle. He’s totally unqualified to do this. You’re normally reasonably brave, but you delay the first injection for an hour by squirming, laughing, hyperventilating and jumping off the bed. You ask him if he thinks you should go through with it. He says you’ll both regret it if you don’t try. At first it’s one injection a night, and then two. You enter this strange world where there’s a yellow sharps container next to the bed, you’re getting blood samples taken before work and you’re showing strangers your bits way more than you would like to. It doesn’t interfere with work too much, so you don’t tell anyone there except the Executive Assistant. Nothing gets past the EA.

You try to remain as ambivalent as possible. You don’t get special acupuncture, drink special tea or trawl through ‘trying to conceive’ internet forums. You don’t kick your one coffee a day habit. Naughtier women than you get pregnant every day on significantly harder drugs than caffeine. You eat healthily, exercise regularly and take your vitamins, just like you’ve always done. By now you’ve been almost teetotal for four years, so not drinking is no hardship.

The anxiety you thought you’d left behind at university is back. Increasingly, you remember sitting in the station wagon as a kid, your mother’s hand reaching around the back of the driver’s seat like a claw, gripping your knee in a painful horse-bite. “I’m wasting hours of my life ferrying you kids around!” she would say. “Hours of my life!” You remember her mantra, “Never get married, never have kids.” How often did she say that – once a week? Once a day? You wonder what chance a fertilised egg would have inside you. After so many years of dysfunctional conditioning, you probably have a hostile womb.

Ever since that oncologist slipped and burnt the unanaesthetised part of your cervix while taking a biopsy, you’ve been pretty scared of gynaecological procedures. So you’re terrified about the egg collection. You stay up until 2am the night before, as though hoping that delaying bedtime will delay the process. The tiredness works in your favour. Between the exhaustion and the drugs, you’re gone. Later, your husband tells you stories about impossibly long needles and different coloured test tubes. But you don’t remember a thing.

The embryologist rings to say that all seven of your seven eggs have fertilised, and you’re due back in to have one implanted. You need a full bladder for the procedure. Back on the examination table, your horror at your urgent need to pee dulls all other emotions. As your doctor pokes long tubal things inside you, the nurse rolls the scanner heavily over your bladder. Please, please, please don’t pee on the doctor. Finally it’s over and you can run to the toilet. Later you read in your fertility book that egg implantation is usually a special time for couples. Oh well.

It’s only that evening, as you walk along the seaside with your husband, that you allow yourself to wonder if that little speck inside you is going to stick around. There’s a 60% chance that it won’t, but there’s a two week wait before you’ll know for sure. All the same, you can’t help wondering how you might redecorate the spare room. And where you put that baby name book.

That night you dream you’re standing on a beautiful beach, when all of a sudden a tsunami rolls in out of nowhere and rushes towards you. You wake up, whimpering, just before it crashes over your head.

Read the second post in this series: Where there’s life: Am I still pregnant?

Alicia Young has a master’s degree in creative writing from Victoria University’s Institute of Modern Letters. She has published several short stories and other works.