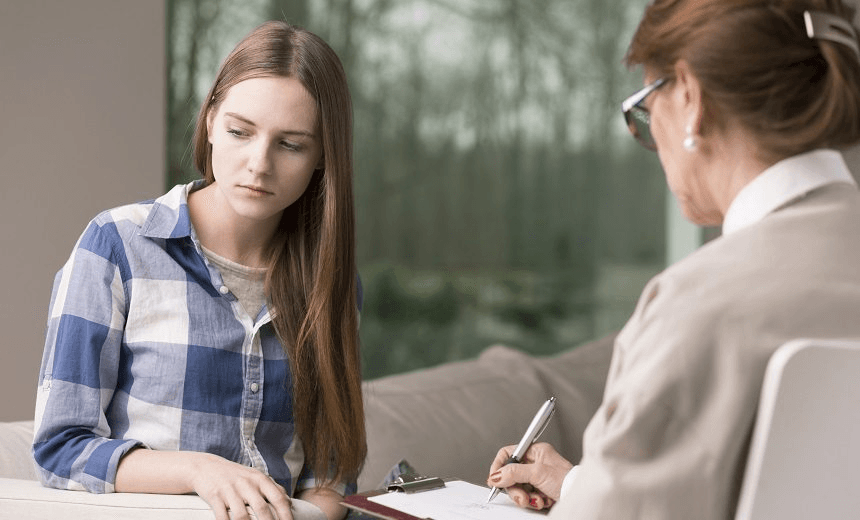 What teenagers wish their parents knew

Revelations of sexual assaults and harassment by Harvey Weinstein and other prominent men have filled social media feeds and news headlines for weeks on end. For those who have experienced something similar, it’s been a rough time. The stories emerging are appalling, and equally upsetting for some have been people’s reactions: the victim-blaming, the undermining, the outright denial; comment after comment following every article, every tweet, every post. Each one comes as a stark reminder of society’s skewed scales of justice where women, harassment, assault, and rape are concerned. For survivors of sexual violence, the commentary serves as a litany of judgements, questions, and accusations, all undermining their ability to see themselves as a victim, condemning them as somehow complicit in their own abuse.

I’ve had several young women through my office this past fortnight struggling to get those comments out of their heads. Their thoughts are dominated by what-ifs, should-haves, and if-onlys, their state of mind worsened by the fact they feel unable to talk for fear of being judged or getting into trouble. They tell me as much. Most of the time, they have a friend they download to. Sometimes a parent is aware of the broad strokes but not the ugly, uncomfortable detail. Rarely do they feel they can open up properly and get the support they need from the adults in their life.

It’s an all too common situation: teenagers unwilling or unable to confide in those they love the most, convinced they won’t understand. It’s a conviction parents find difficult to accept – most tell me they’re more than happy to talk with their kids – but perception is everything and is enough to stop effective communication in its tracks.  Parental perception can also be a road block; the majority of parents tell me their children don’t want to talk with them, reporting they are reluctant to engage in meaningful conversation, keep their distance, or are uncomfortable when certain topics are raised.

My experience with young people tells a different story. Most would love to feel safe and comfortable sharing details of their lives with their parents but are too worried about the repercussions, not only for them, but for you. Sometimes they sacrifice their own need to talk to protect you, and it’s true some conversations should come with a content warning. Hearing them can be harrowing; some challenge our values, some our long-held beliefs about who our children are, and some include the stuff of parental nightmares. Those factors make their stories all the more important to hear. Buckle up, assume the brace position, and if oxygen masks should drop from the ceiling, well, you know the drill.

Rather than relying on my take on things, and in the interests of giving teens a space to communicate openly and honestly and have their voices given priority (for a change, perhaps) I surveyed nearly 100 young people about communicating with the adults in their lives. What follows is a selection of some representative answers. I’m not going to claim my ‘findings’ are scientifically significant or even statistically so, but the answers are honest; the information telling in places and slightly heart-wrenching in others. Eighty percent of respondents, all aged between 13 and 20, agreed it was difficult to talk to their parents about important issues in their lives.

‘What do you wish your parents or caregivers understood about life as a teenager?

‘…it’s harder than it seems. There’s pressure on us all the time, to do well at school, to fit in and sometimes when we’re being a ‘typical teenager’ we’re just stressed out.’

‘It’s hard to fit in with people and that’s why we act out sometimes.’

‘…we do have a lot going on at school, sometimes more than they realise.’

‘Life is very confusing and sometimes I don’t have any explanations for my feelings.’

‘If we’re upset, or hurting ourselves, it isn’t automatically for attention.  Sometimes when we can’t express our feelings we’ll find other ways to release (e.g. misbehaving, drinking, sex).’

‘I wish my parents would understand that sometimes I don’t want to be here, even when everything seems to be going perfectly…not everyone is as tough as them and some of us need more support because we are more sensitive.’

‘…they say ‘Yeah, we were teenagers once’ but that was like in the 1970s and blimey a lot of things have changed since then.  They don’t get the peer pressure to be popular and socially active and they definitely don’t get technology.’

‘…when parents say ‘I never did that when I was your age’ 90% of the time they did, but also things have changed a lot and the way our lives are now are a whole lot more stressful. Most of us have jobs, most of us can’t go a day without being posted about on someone’s social media account and mental health is a bigger issue, the same goes with LGBT+ it exists, and it’s hard to talk about it when it falls on deaf ears.’

‘…not everything can be solved by taking control and telling the child what to do.  If I ask a question or have a problem, I don’t want my parents to force me to do something.’

‘We are not really that different to them and we should not be treated differently.’

What conversations do you wish you could have with the adults in your life?

‘I honestly wish that parents could have conversations about sex and sexuality with their teenagers. Sure, it can be challenging to talk about, but I would feel much more supported and knowledgeable if my parents talked to me about this topic.’

‘I think sexuality is a big issue when it comes to being open and honest with parents due to feeling judged.’

‘The sex talk. Being able to be open about being sexually active. Stupid mistakes you make at parties…not having to lie about it so you still have the freedom to drink and party – usually the consequences are punishment enough.’

‘That I lost my virginity when I was 14. I’m now 18 and my mum still thinks I haven’t kissed anyone.’

‘I sometimes feel anxious when talking about my worries at school because it’s so important to my mum. Also I find it difficult to tell the truth about boys that I like because my mum strongly believes that it’s not important and will distract me from my studies.’

‘I wish I felt comfortable telling them what I get for my grades if it’s a low grade and I feel like should tell them my mental state but I know I will get judged, maybe worse.’

‘Things about my social life and my past. My depression and suicidal thoughts.’

‘Conversations about depression and or pain are topics that are hard to share as you feel you are a disappointment.’

‘I wish I felt like I could talk to my father straight up and not have to tip-toe around what I say so he doesn’t get angry.’

‘About anything and everything, but we just don’t talk to them about it because we try and impress them, we want them to be proud.’

Two things stood out for me in these, and the rest of the survey responses: the underlying feeling of a need to communicate, and the importance of the issues our young people want to discuss.

With the exception of one (frankly delightful) 15 year old who said of her parents, ‘I hit the jackpot…they understand everything I could want them to already’, every young person who responded to the survey indicated there were things their parents needed to better understand about their lives and conversations they didn’t feel comfortable having with them. Not one said they didn’t want to talk to their parents, and every answer carried with it a sense of reaching out for connection. Your children want to talk. They might not know how to raise certain topics. They might be apprehensive about your reaction. But they do want to talk. To you.

What’s more, they want to talk to you about the really important stuff. Life changing decisions, the beliefs and ideas that make them who they are, sexuality, mental health, risk taking, drinking, relationships, sex, career plans…you name it, they want to talk about it. Contrary to what we might be told about teenagers, even contrary to what they might tell you themselves, they want to share key information and sound out ideas. They just want to know they can do so safely, without fear of punishment, judgement, or of being a disappointment.

It’s up to you to create the conditions that allow them to do so. Be open. Be available. Don’t freak out (or at least wait until afterwards when they won’t have to watch while you white-knuckle a glass of medicinal alcohol). Listen, learn, and be there. No matter what.

Louisa Woods is a high school teacher and counsellor, currently filling her days looking after her own three children, writing a bit, singing a bit, and reading as much as she can.