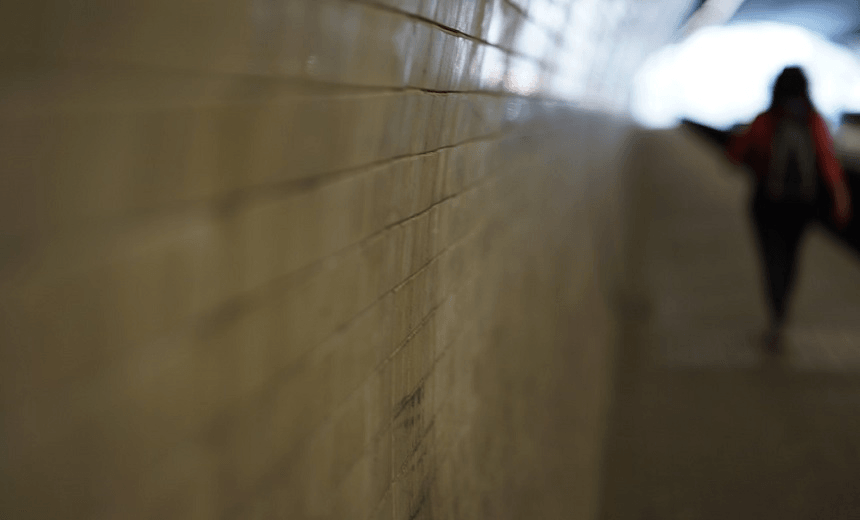 The National Party’s plan for ‘Young Serious Offenders’ is causing outrage among youth justice advocates. JustSpeak director and pregnant mum of one Katie Bruce asks us to imagine if it was our child being given this label.

The new category of Young Serious Offender will never include my son. Don’t get me wrong, it’s the last thing I’d want. He’s only four years old so it seems ridiculous and impossible even to imagine anyway.

But when you hear about new policies for children and young people as a parent you can’t help but think about what it would mean for your own children.

So I started playing with the scenarios in my head. What would it mean for my son?

Just for a moment let’s fast forward ten years. He’s 14 and committed aggravated robbery of our local dairy with some friends. They caused damage and threatened violence. This offence carries a maximum sentence of 14 years in prison, which would make him eligible under National’s proposed new policy. Let’s say he’s been getting into trouble for a while.

To be a Young Serious Offender he’d also have to have spent time in a Youth Justice Residence or Adult Prison, and have a score of at least 70 on the Police tool that calculates a young person’s likelihood of reoffending.

Young people aged 14-16 can be sentenced to up to six months in a prison-like Youth Justice Residence. This is the most serious option for the Youth Court, other than transferring them to an adult district court for sentencing (or straight to High Court for murder). So it’s unlikely that my 14 year old would have been to a Youth Justice Residence just yet.

But this is not the case for all. About three-quarters of 14-16 year olds living in Youth Justice Residences have not been sentenced to one. Most are there because they have nowhere else to go, and many of these young people have simply been shunted from one form of state ‘care’ to another, from foster homes to these Youth Justice facilities.

So a middle-class white boy with a stable home and parents with a stable income with no housing insecurity is unlikely to have spent time at a Youth Justice Residence.

But what about his score on the police tool?

The YORST tool is used by police to determine how likely a young person is to reoffend. You need 70 points as well as a serious offence and time spent in a Youth Justice Residence to be a Youth Serious Offender.

I played with the tool – with the future I hope never to have to experience with my son. I pretended that he had been known to the police since age 10, had been arrested recently, was high risk. But it made no difference. I gave him the maximum score for his behaviour, his drug and alcohol use, his friends who were also known to the police.

Whatever I did I couldn’t get his score to 70. Because the score is also about lots of factors outside of his control – whether I, my husband or his siblings have a criminal record, concerns about family or living situations, whether CYF have been involved in his life and whether there is a history of family violence.

Shouldn’t I be relieved? Does it matter that my son is largely protected from this new status?

The consequences of this policy are huge. Because of it, my son won’t automatically go to adult court and adult prison as a 14-year-old child the next time he is in serious trouble. He won’t be sent to a Youth Justice Residence for twice as long as other young people, or denied restorative justice options through Family Group Conferences.

My son won’t be sent to a military-style institution for a year to be ‘straightened out’. The tried, tested and failed military boot camps have been widely criticised and described as National’s ‘most anti-evidence policy yet’ by fellow Spinoff Parents contributor Dr Jess Berentson-Shaw. Similar boot camps have had many claims of abuse against them, including from people who themselves experienced abuse as children in these camps.

It matters just as much that my son will not be targeted in this way as it does that other kids will be.

It is important that we recognise that this policy is not designed to treat people equally. Instead it targets children already marginalised by our society.

This is not fair and it’s not just.

We need to wholeheartedly reject this policy and demand better for all of our children.

Katie Bruce is a Wellington mum of nearly two children, and works as Director of JustSpeak. When she is not falling off her Swiss ball in the office, she has a passion for sharing stories, ideas and research to confront policy and prejudice. Katie is a fearless critic of vegetables in nearly all their forms and a secret lover of board games.