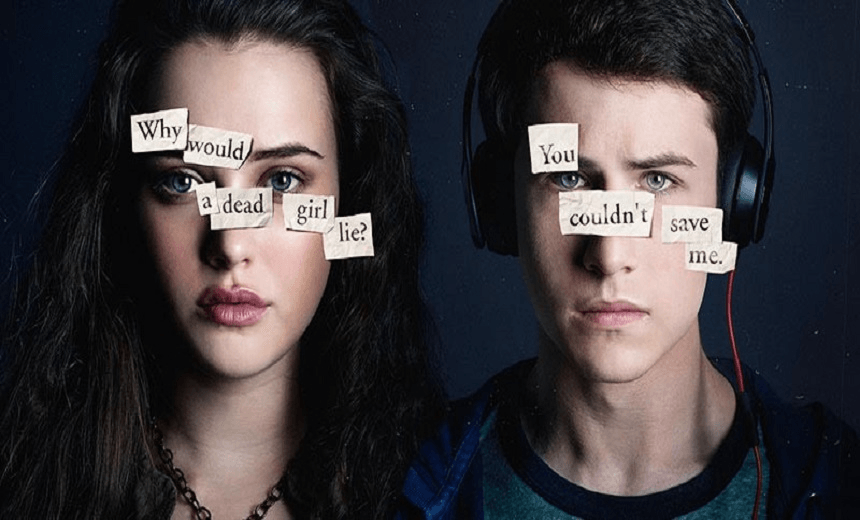 It’s the TV show that every teenager is watching – and it features graphic scenes of rape and suicide. We asked an Auckland teenager to share her views on controversial new series 13 Reasons Why and what she wants parents to know about its content.

The Netflix show 13 Reasons Why, based on the 2007 book of the same name, is very upsetting to watch. Of course it’s never easy to watch scenes of rape and sexual assault, nor is suicide pleasant, but what was the most upsetting for me was the takeaway message of the show.

The show features the suicide of teenager Hannah Baker. Before she dies she records 13 tapes, blaming 12 people for her death. The show follows the fallout as those who are on her tapes hear what they did to “cause” her suicide.

The main failing of this show is that it continues to perpetuate the idea that suicide is a direct result of a person or an event. For years, experts have emphasised that suicide is always a culmination of many causes, and almost always those who suicide have severe mental health issues. Having someone suicide and then make tapes blaming other people for her death makes it seem like suicide is caused by one specific thing.

The issue of suicide as revenge is also a very worrying theme of the show. For Hannah, it’s as if she died just so that she could get the last word on those she felt did wrong by her when she was alive. This sends a message to the show’s very young and easily-influenced audience that this is the only way to confront those who have hurt you. It suggests it is an understandable, even fair, response to being hurt by someone.

The show depicts Hannah as a teen seeking revenge, not someone in a lot of mental pain. It is never acknowledged that Hannah is mentally ill, nor does the show explore Hannah’s mental state and the pain she must have been feeling. Instead, the focus is entirely on the retelling of events for her revenge tapes. All the episodes are dedicated to Hannah planning the best way to hurt people.

Even the title “13 Reasons Why” is a word choice that directly attacks the recipients of the tapes. The sexual assault aside, bullying is viewed as a “cause” for Hannah’s suicide. When she was bullied, instead of finding a way to recover or address it, she turns the bullying back on the bullies. She threatens to expose them and ruin their lives. A comforting narrative for the bullied – but at what cost?

Bullying is always a difficult issue to educate teenagers about, and it’s hard to demonstrate the best way to deal with it. But this isn’t addressed in 13 Reasons Why. There’s no takeaway for teens who might be going through the same thing as Hannah. As the victim, Hannah has no idea how to handle the bullying or to find any kind of support. The message is – there’s no way out. There’s no way to address bullying. Is that the message teens should be sent?

We do see Hannah going to a counsellor – which doesn’t work for her – but other than that she tells no one of her suicidal thoughts. The show seems to be telling audiences that there is no help available when you need it.

That’s a horrible and potentially devastating message for teenagers who are often struggling with their own suicidal or self harming thoughts and may need help themselves.

Hannah’s counsellor is incapable of helping her. He only makes her feel worse. The idea that this is what counsellors are like is dangerous. When you are not coping there is always someone you can talk to. This is something that 13 Reasons Why never touches on. There are a number of national services in New Zealand to support people who are thinking about hurting themselves – their numbers are at the end of this article. Many of them are free and available 24 hours.

While I admire the show for attempting to tackle such an important issue, especially in our country where we have one of the highest youth suicide rates in the developed world, I am concerned about what might happen as a result of the show.

13 Reasons Why glorifies suicide and mental illness, and that’s a huge risk given what we know about the suicide contagion phenomenon. This isn’t something you can afford to get wrong when your audience is young people who are at risk of suicide.

As a student and teenager who does, at times, struggle with my own thoughts, I want young people to know that there are so many ways of finding support. You don’t have to talk exclusively to your friends.

Teens need to see how many places they can go to feel safe and how many ways they can feel safer if they just ask for help. There are so many organisations like Youthline, RainbowYOUTH, Lifeline, and Sticks n Stones – they are all dedicated to helping young adults through the same situations that Hannah went through.

Counsellors, in reality, are far more caring than the one in the show.

The isolation that Hannah feels can be avoided if you open up and ask for help – even when that’s really hard to do.

I hope that parents understand that while 13 Reasons Why is accurate in some respects (it does portray life as a teenager well, for example) there’s a lot about it that is just wrong. Due to the graphic rape scenes I don’t think parents should watch the show with their teenager. But they should offer to talk about it with them afterwards. I think self-harm survivors and teenagers who have felt suicidal shouldn’t watch it at all, as it will put them at risk given the suicide scenes and what we know about suicide ideation.

The parents of 13 Reasons Why‘s main protagonist, Clay, think they are protecting him by watching his every move. As a teenager, I want parents to know that taking time to talk to your child and making sure they know you’ll always be supportive is a far better way to keep them safe than keeping the door open at all times or forcing them to eat breakfast as a family.

Read more: 13 Conversations to have about 13 Reasons Why – a mental health professional on how to start a discussion with your kids about the issues raised in the show.

So make sure your teenager knows that you are there for them and can support them. Let them know you want to know what’s going on with them, not so you can punish them but so they can open up safely.

If you really feel that your child is struggling, ask them. Ask them who they could go to for help if they don’t want to talk to you. Forcing your teenager to talk to you will only make them feel controlled. A subtle word to their school counsellor could also help.

The main thing is that they always have somebody to talk to.

If any good comes from 13 Reasons Why it will be that parents are encouraged to let their teenagers know they can talk to them – anytime, but especially if they need help or want to hurt themselves.

Bree Brown is a 17-year-old Auckland student with a love for music, literature, and new experiences. She wants to spark important discussions about issues that aren’t talked about enough.