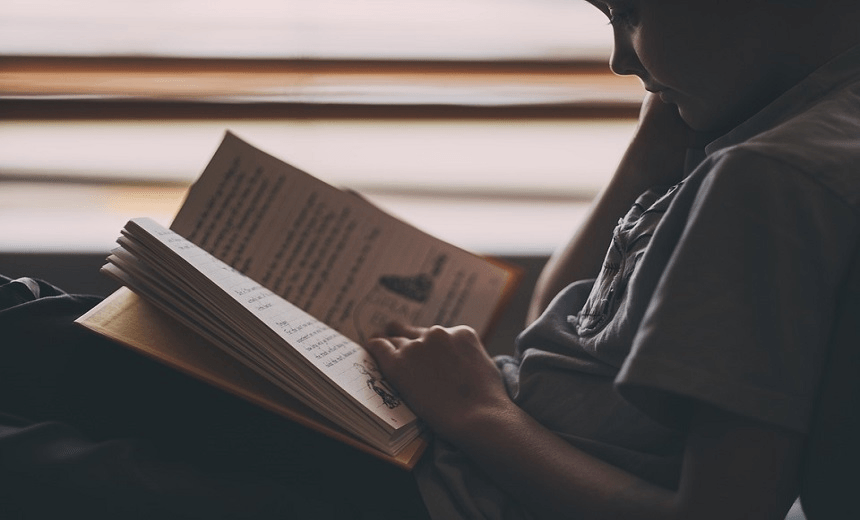 A youth worker to New Zealand parents: You need to help our young people

Connor Mcleod is a youth worker and activist with InsideOUT, an organisation that is trying to make New Zealand a safer place for our children. He’s calling on parents to help in this vital and important work.

Young people of minority sexualities and genders need our help and support. Our young people are out there fighting, but adults aren’t pulling their weight. It’s that simple.

I’m a youth worker in this field, but things are tough, and we need more support in building a youth-led approach to tackle discrimination.

I can’t understand the young people I work with, not really. Not fully. I don’t know their lives, their families, their feelings. But I can work to understand the cultures of our schools and communities that they navigate through everyday.

And how is that culture going?

There seems to be this pervasive “it’s pretty good these days” idea from the average New Zealander when it comes to young people’s experiences with homophobia, biphobia, and transphobia. As though the rainbow filters across our Facebook screens have cascaded down into reality, enveloping our young people in a blanket of 2017 safety and understanding.

I was mostly too scared to speak at school. My voice gave it away – that lisp, that feminine speech that pushed their gazes on toward me. I was a librarian, which really did help. I could escape the noise. I could push my book trolley up and down the shelves while listening to the best and most meaningful pop-punk lyrics I could steal to download onto my mum’s purple iPod. But even that I had to keep hidden; no real man could have one in that colour.

I mean, imagine what Cr Garry Mallett would have to say.

Outside and away from my books, I was a seasoned navigator: I moved through the busy corridors of rugby cleats and faux chocolate-scented antiperspirant like a ghost. My eyes down, moving fast. I spent way too many years like this at my boys-only high school, caught in the grip of masculinity on steroids – day after day after homophobic day.

I felt like I was dead, but I was simply oppressed. And in the end, it was only by recognising this, and through working to make things better, that I could break that silence.

Being a youth worker in this field is more than filling a role or working your job. It means looking really carefully within yourself, to detangle and share what you once pushed down, and to hope that the schools, communities, and young people you work with can hear you.

We need people to realise that the statistics which show transgender high schoolers being five times more at risk of suicide, and sexual minorities being bullied three times more than their heterosexual peers, all exist because of cultures of prejudice. Cultures we all have a role in upholding. And diminishing.

Through the most recent Youth 2000 cross-school survey (absolutely the most important data in my work, which is now at risk of defunding), we know things on the ground haven’t improved in ten years. But is that really a surprise when we live in a country where, just this week, a pastor delivered a sermon calling for gay people to be shot?

Where this weekend past, a young man left the hospital with a concussion and broken nose, after being approached on Welllington’s Cuba Street by a group of men who called him ‘faggot’ as they beat him?

A country where a city councillor can talk about the ‘homos and fags’, and it’s just… fine?

I wrote to Mallett and his Hamilton co-councillors after he made those comments. I thought we could have a meeting, a chat, a conversation; a something to talk about working positively in future.

He told me I’d find better work opportunities in Iran.

But even with all of that, being a youth worker also has to be one of the most fulfilling jobs in Aotearoa. I get to work with young leaders who face down fearlessly their boards of trustees and their school’s senior staff, letting them know that the way we talk about rainbow minorities in this country is not okay. These brave young people make it clear that we are all responsible for making change.

My heart soars when thinking of all the teenagers who are partaking in today’s Day of Silence, a national day of action. Thousands of students across the country are, right now, taking a form of silence in response to the silencing effects of homophobia, biphobia, and transphobia in our schools and communities. I’m also very proud of all the youth-led queer-straight alliances and rainbow diversity groups across our schools and their work year-round.

But still there’s the principal of a school of over a thousand students who, when asked for a meeting, tells me it’s unnecessary as there are “no gay students in our school”.

The leaders who are blocked by school staff from establishing their groups, or are met with unending bureaucracy that other school clubs aren’t.

The parents and staff who turn a blind eye to language entrenched in homophobia (you do know why we were first called faggots, right?)

It’s the common everyday acts. The small stuff, the little insults. The microagressions, if you will, often likened to a bee sting to explain the casual hostility. Annoying at first, but after time, deeply painful.

It’s never, or so rarely, seeing a positive role model who is like you – both in real life and on TV. Never knowing how people are going to react when you come out, because you’ve never yet heard anything positive. Or even worse, when you do know exactly, and so you’re forced to keep quiet.

It’s all of this together which upholds cultures of prejudice. And we can do so much better.

We can be more than bystanders: we can call people out, to let people know when they’re being oppressive, and to let others know that there should be accountability for this behaviour.

There’s also calling people in, which is used more for unconscious bias and unmeant harm. It is usually extended with a little more patience and understanding. ‘Calling in’ is where we acknowledge that our realities are imperfect, and so we might make mistakes, but there’s a chance to unlearn oppressive behaviour here.

With the election, we have the chance to vote for the rainbow policies which work to uplift our communities. We can push our parties to make some. With our voices, we can reach out to local rainbow organisations to see if they need a hand. With our money we can donate to the youth-led rainbow organisations which struggle everyday to fund this work, relying heavily on volunteers.

There’s options to take when it comes to creating a better world for future generations. But it won’t arrive passively, we need to make sure it happens.

We must follow the lead of our young people. They know the way. They are smart, resilient, passionate, and brave.

At the end of this year’s Day of Silence, I’m going to be smashing piñata. My youth group members asked for them, three of them, named ‘homophobia, ‘biphobia’, and ‘transphobia’, and so my boyfriend and I were up late last night painting them and doing all the little finishing touches. Right amount of homophobia, right amount of glitter, I guess…

We all know it won’t be real, that a few whacks at a still-soggy ball of newspaper, glue, and lollies won’t really make much of a difference out there in the world. But we’ll be trying. What will you be doing?

Editor’s note: Today our young people will be taking part in the #DayOfSilence. As parents we can support them by donating to InsideOUT. You can make a donation by Texting INSIDEOUT to 4644 to make an automatic donation of $3 or you can donate via their Givealittle page. Check out InsideOut and commit to making New Zealand a safer place for young people of minority genders and sexualities – Emily Writes, editor, The Spinoff Parents

Connor Mcleod is a youth worker and activist at InsideOUT. He is studying cultural anthropology at Victoria University of Wellington.