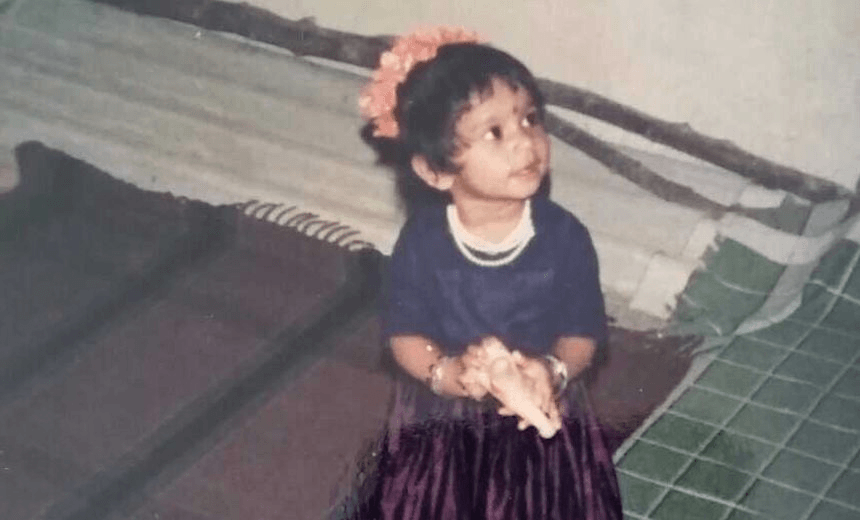 ‘I fear for the future of my family’: A mother of mixed-raced children on why she’s worried about raising them in New Zealand

What is it like to raise your children in a country where people are openly hostile to you because of your race? Natasha Johnson looks back on her own childhood experiences of racism and speaks directly to people of colour living in Aotearoa.

I’m sure this will be uncomfortable reading for some, but Natasha’s words will likely resonate with many, many people. And there’s the issue. We need to look at racism in New Zealand with eyes wide open. Not just for us now, but for our children. What kind of New Zealand will they grow up in? – Emily Writes, Spinoff Parents editor.

In May, 1994, my family decided to make the move to New Zealand all the way from India. I was born in Bangalore, South India, and lived there until I was 11.

It was then, just before my 11th birthday, that I was told by my parents we were going to be making this massive move to a country called New Zealand to start a new chapter of our lives. I felt physically sick at the thought of being ripped away from everything and everyone I knew, especially my friends I had known since birth.

But that was nothing compared to what I went through once I’d arrived here.

Sadly, I cannot say those things.

I have never really told the unvarnished truth about this, as when I begin to tell my story I am usually met with comments suggesting I need a thicker skin. Or I’m told this hell I went through made me stronger. Most of all, I’m told people were just joking, that they didn’t really mean it.

To this day, almost every day, I still hear all the time: That’s not racist. It’s just a joke. You gotta get a sense of humour.

I laughed alongside my friends who would say things in an Indian accent, followed by “Haha, you know we don’t see you as a real Indian eh?”

In my head I’d voice all the thoughts I couldn’t say out loud. Um OK! What the fuck is a fake Indian? Anyone? My race or ethnicity is not like fur. I’m not faux Indian… and is that even a thing??

I laughed alongside my friends, walking through university campus, who would say “Fuck those Indians are everywhere… Oops I forget you’re Indian sometimes, but you know what I mean eh?”

No, I do not know what you mean. Could you explain what you mean by that most ridiculous nonsense comment? And why the hell do I call you a friend? I know there are heaps of Indians at this university – fuck them for wanting to get a tertiary education, right? Fuck them for wanting to get a job and eventually be part of the workforce that contributes to this society – how awful for you that they’re everywhere!

I laughed when people would say “You don’t act Indian. You know, like the ones that own the dairy down the road. You’re not like those girls with arranged marriages. You’re so different to those Indians.”

Wow! I didn’t know I had to own a dairy or have an arranged marriage to be the type of Indian you were used to. And what’s wrong with owning a dairy? No, truly – what is wrong or shameful in that? Isn’t that where you buy your ciggies and chewing gum? Isn’t it where you go to get your fix of sweets and gossip magazines?

And who is acting non-Indian? Me? How am I “acting”? Do I get an Oscar for this acting I’m doing?

I had to laugh, because if I didn’t start laughing, at least on the outside, I would be crying.

I just had to show that I was thick skinned and able to laugh at these situations. What was the point of trying to educate people and tell them how it made me feel if they couldn’t see for themselves that it was indeed offensive, hurtful and ignorant?

I saw no point.

I still don’t see any point.

I surrounded myself with my few friends – true friends – and I tried to stay away from the others. For the first 10 or so years of being here, we were ridiculed for being Indian.

We were called names and made fun of for being us.

I don’t mean the odd instance of name calling here and there. I mean:

Every single day I encountered racist “jokes”, remarks, questions and comments. At primary school, at high school and at university.

I could not understand it.

Why did these white people not like us? The ones back home were so different! I grew up with a lot of Europeans around us: my parents’ colleagues and their families. They loved our culture, so much so that they lived in our country and called it home. So why then, here, did these Europeans consider us weird intruders? Why was our accent funny and a source of horrible jokes – all the damn time?

The worst part of all of the daily encounters, when we were young, was that they would happen when my mother was with us. She would be walking us to the bus stop in the pouring rain and these kids would call out names.

They would call out from the school bus, and then we would then need to get on that same bus. That feeling still lingers in the pit of my stomach. We always sat right by the bus driver.

I felt so sad that these kids would say these cruel things to us even in the presence of my mum. And what the fuck was I going do at school, where I didn’t have her to look out for me?

I cannot tell you all the situations where my race, ethnicity, colour of my skin, the food I ate, my parents’ accents and the way we dressed were attacked under the guise of a joke.

Even at the age of 21, when I worked at a clothing store for older women, I still got remarks about my race and ethnicity.

“You don’t have that accent that ‘they’ all do.”

“Good on you for speaking English so well.”

And the worst one: “Do you speak Indian?”

How the fuck do you, as an adult, still not know that Indian is not a language?

I have now been here for 22 years. It has taken nearly all that time to finally, somewhat, almost, maybe feel like this is home.

I married the most wonderful white man and his white family could not be further from what I had been exposed to. They are unique and I always tell them that. I was never ever scared of being myself around them – and that was huge. They accepted me and my family as if they saw no difference between us. But even more importantly, any difference they did see, they loved unconditionally.

But to have children with this wonderful man means another journey that I have to take, a journey of having mixed race children.

I fear for them.

I fear for our future as a family.

What might my children go through, being mixed race in this country?

Can you imagine what that’s like? To have gone through what I still go through and then imagine my children experiencing the same thing?

My husband and I hope that they never have to deal with the hurt and pain of racism, but if they ever do so I hope I can guide them through it.

I hope I can be seen as an example of someone who has triumphed over racism.

I hope they will see me as a light that will guide them through the turmoil of living in a racist country.

And to you, if you’re reading, if you have dealt with anything like this while living here in New Zealand, know that you are not alone.

You don’t need a thicker skin.

You don’t need to laugh racism away.

It has taken me 22 years, but New Zealand almost feels like home. We still need to make it a home for all of the children who were once like me.

Natasha Johnson is the mum of two boys, raising them in Auckland. Born in India, she arrived here in 1994 with her nuclear family. She studied Health Psychology at the University of Auckland and went on to teach there for five years, before leaving to start her family. Her 22 years in New Zealand has given her an insight into the immigrant experience, including the world of parenting mixed race children. She looks forward to sharing her stories with others on a similar journey.

That’s Us is a campaign by the Human Rights Commission that asks Kiwis to start sharing their personal stories about racism, intolerance and hatred, as well as their hopes for the future of New Zealand as one of the most diverse countries in the world. The NZ Attitudes and Values Survey, as well as the Human Rights Commission own complaints data, shows we need to start talking openly about racism, intolerance and hatred. That’s Us is about the kind of people we want to be, as well as the kind of country we want our kids growing up in. Read more stories at thatsus.co.nz and tell your story.