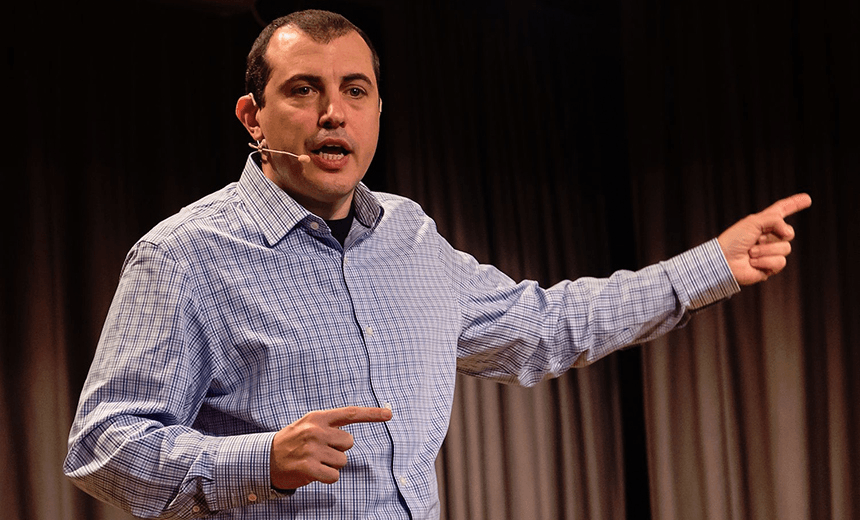 Techweek’17 is almost here. Don Rowe previews the event and curates a few selections for the discerning event-goer.

After a hugely successful debut in 2016, Techweek is back – and now it’s gone national! Last year’s event, TechweekAKL, saw more than 10,000 people – including investors, business leaders, entrepreneurs and even Joe Public – gawking at over 55 events across 10 days. This year (May 6 – 14) the show hits the road, with events in 15 towns and cities, including more than 100 in Auckland alone.

Burgeoning ‘Silicon Valley of the Viaduct’ GridAKL, the Innovation Precinct at Wynyard Quarter, plays host venue – appropriate when one considers that Auckland is home to 47% of New Zealand’s tech sector, pumping out $2.7 billion in exports and experiencing 26% growth between 2009-2014.

It’s an embarrassment of riches, and thus your friends at The Spinoff have delved deep in order to bring you the Guide to Techweek’17 – Auckland Edition.

“The first generation of the digital revolution brought us the internet of information. The second generation — powered by blockchain technology — is bringing us the internet of value: a new platform to reshape the world of business and transform the old order of human affairs for the better.” – Don Tapscott, author of Blockchain Revolution

I’m going to be straight up here – after several deep dives on the old Google machine, I’m still not entirely sure I know what BlockChain or Ethereum are. Chances are, neither do you. Or maybe you’re somewhat of an authority on the subject, in which case I applaud your considerable intellect. Either way, if BlockChain ends up being anywhere near as disruptive as Tapscott predicts above, this is not an event to be missed.

Speakers include the likes of Andreas Antonopolous, author of acclaimed technical guide Mastering Bitcoin and The Internet of Money, a guide to why you should care about Bitcoin in the first place. Antonopolous is the face of Bitcoin, and is an extremely effective communicator of what is an intensely technical field. Check out some of his talks here.

Also speaking is wunderkind Vitalik Buterin, who’s a recipient of the Thiel Fellowship award, Bitcoin pioneer, Forbes 40 Under 40 member and inventor of Ethereum – not bad for a 23-year-old.

The population on Earth is just a hair off 7.5 billion people, and every single one of them requires food. As in every other industry of that scale, sustainability is increasingly looking reliant on unparalleled innovation in the tech sector. And that’s not to mention the challenge of sating the insatiable appetites of diners in the first world for the latest gastronomic craze.

Fortunately, work is already underway. In areas as diverse as marketing, production and preparation, science and technology are forever altering the way we think of and interact with food. And so, in partnership with Techweek’17, ATEED has assembled an international panel of progressive thinkers to challenge, inspire and showcase the evolution of the food sector.

From testing food display concepts in virtual reality through to eye-tracking consumer reactions to advertising, Angeline Achariya, CEO of the Food Innovation Centre at Monash University, has overseen more than 800 commercialised innovations in Asian and Australasian food markets.

Rob Trice, founder of The Mixing Bowl, has been connecting researchers like Achariya with the formidable IT infrastructure of Silicon Valley since 2013. The Mixing Bowl aims to increase the growth of innovative start-ups and advance the ideas of academics such as Achariya through the same means that have revolutionised healthcare, finance, and communication.

As head of Agribusiness at KPMG Global, Ian Proudfoot intimately understands the financial realities of food production in New Zealand and abroad, from the primary sector to the supermarket.

Additionally, representatives from The University of Auckland will focus on consumer behaviours and insights, those from Massey University will share knowledge on 3D printing, and a number of New Zealand companies will discuss how they are embracing technology in their businesses.

It wouldn’t be Don writing about tech without a nod to our friends in the realm of augmented and virtual reality.

Forecast as a $200 billion industry by 2020, AR/VR has implications for everything from marketing and entertainment to tourism and research. And so, in early May, the Magnify Virtual Reality and Augmented Reality Expo and Business Summit will take over the Sky City Convention Centre for two days of tech talk.

Sunday is open to the public, and is a fantastic chance to experience for yourself the intensely strange experience of virtual reality across its many iterations. Monday is open only to businesses, and will feature eight panel discussions with 25 speakers from around the world, including a China Focus keynote, as well as a look at the ways in which the Finance industry is utilising AR/VR.

Up at the AR/VR Garage in Uptown, world speed cube champion Feliks Zemdegs will be competing in a speed cube tournament, which might as well be a wizarding duel for the cubically inhibited like myself. There’s also a VR 360 video creation workshop which is both as mindmelting as it sounds and also an exciting new medium for videographers and sound technicians.

Science fiction meets real science in Future Realities – an inspiring and progressive vision of the possibilities of new and existent technologies. GridAKL will be hosting two days of leading industry visionaries including sci-fi author/Magic Leap lead futurist Neal Stephenson as well as other notable entrepreneurs and researchers in IoT. There will also be hands-on demonstration areas with the latest hardware so you can experience for yourself the almost fantastical evolution of technology over the past few years.

Techweek’17 amplifies the inspiring technology, innovation and design thinking that’s thriving across New Zealand. May 6-14, at various locations across Auckland, and at Christchurch, Hamilton, Rotorua, Tauranga and Wellington. techweek.co.nz