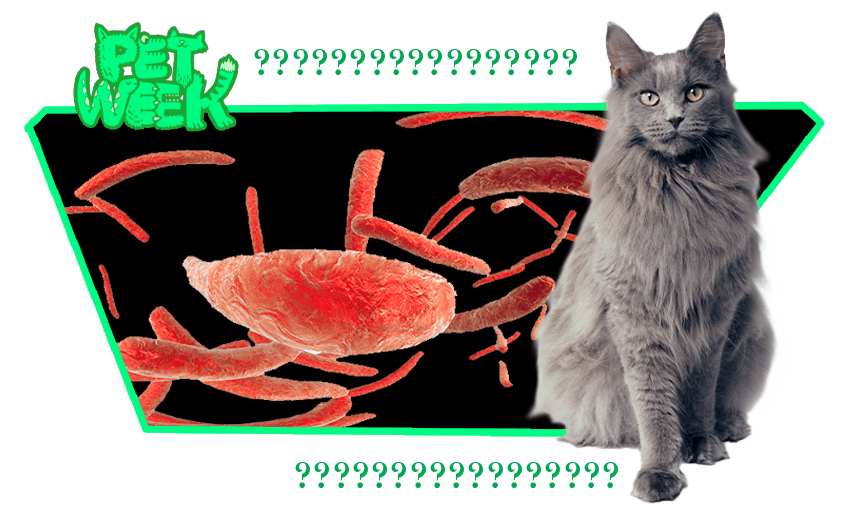 The truth about cats and toxoplasmosis

Pet Week: There could be a parasite lurking in your cat’s litter box – so what do you need to know? Science writer Mirjam Guesgen speaks to the experts about toxoplasmosis.

All week we are examining and celebrating our relationship with animals in Aotearoa. Click here for more Pet Week content.

It’s one of the first things veterinarian Natalie Lloyd gets asked when one of her clients becomes pregnant: “Do I need to get rid of my cat?”.

What they fear is toxoplasmosis, the disease caused by the single cell parasite Toxoplasma (gondii, to be exact). The disease can be harmful and even deadly in unborn babies but, according to veterinarians including Lloyd, there’s no need to throw the cat out with the bathwater.

“That’s absolutely not what needs to happen,” says Lloyd, who’s also president of the Companion Animal Veterinarians branch of the New Zealand Veterinary Association. “We can give them recommendations around what they can do to keep safe. And there are many sites of exposure that aren’t their pussy cat.”

Many New Zealanders who have been around cats have probably had toxoplasmosis. The parasite is one of the most common in the world, yet most of us don’t realise we’ve been infected with it. Most infected people experience no symptoms and, in the few people that do, it’s akin to a cold. People can come right without drugs fairly quickly.

The reason pregnant or immunocompromised people are at risk is because their immune guard is down, so it’s harder for their bodies to keep the parasite in check. That means the parasite can damage the brain, eyes or muscles. Someone who’s pregnant and becomes newly infected with toxoplasmosis might miscarry or pass the parasite to their baby, who could in turn develop brain or eye issues.

On the plus side, if someone gets toxoplasmosis before they’re pregnant, their immunity is passed to their baby. Also, if someone’s newly infected while pregnant, there are drugs they can take to treat it.

The way cats fit into the toxoplasmosis picture is that they’re the main target for the parasite. “The cat acts as the definitive host, which means the cat is the only animal that the parasite can complete its full lifecycle in,” explains Lloyd. “There are a lot of accidental hosts along the way. That’s the category we fall into.”

Cats get exposed to the parasite either by eating infected animals, or through contact with soil or water that contains the parasite egg. Once the eggs have been eaten, they get into the bloodstream and travel around the cat’s body to places like the eyes or muscles. There, the body reacts by trying to wall-off the parasite by trapping them inside cysts.

At the same time, the parasite can hang around in the cat’s gut, where it’ll reproduce. That part only happens in cats, but the cyst part can happen in any animal with a backbone. When the parasite reproduces, it will shed new eggs in the cat’s poo.

And that’s one of the ways we can become exposed to toxoplasma – cat poop that’s been sitting in the litterbox for a couple of days can harbour infective eggs (so can gardens or kids’ sandpits). If we handle that poop and then don’t wash our hands properly, the eggs can get inside us, too.

Lloyd says there are a couple of important caveats to this. For one, cats don’t always shed a tonne of eggs. “It’s only the first time a cat is exposed to toxo that they’re likely to shed large numbers of eggs into the environment and that’s the situation we need to be careful about as humans,” she says.

Secondly, the eggs take a few days to turn into their infective form. “The eggs don’t come straight out of the cat in an infected form,” she says. That means cleaning poop out of the tray every day will get rid of any eggs before they become a risk.

Thirdly, the eggs don’t sit on top of the cat in its fur, so people are really unlikely to get infected by patting or cuddling a kitty.

And finally, family cats aren’t the only place people can get toxo from. The parasite gets around and can infect pretty much any animal with a backbone. That means it’s also possible to be infected by prepping or eating raw or undercooked meat that has parasite cysts, especially lamb, pork and beef.

What that all means for pregnant or immunocompromised people is that they need to be a bit more careful. It’s about minimising the risk of going near the infected eggs or those nasty cysts, says Lloyd. If you’re pregnant, or planning to be, you should first go and have a chat with your GP and your vet. Lloyd also recommends:

It’s not just us and our kitties where toxoplasmosis is a problem. Native species like Māui or Hector’s dolphins, kākā, red-crowned kākāriki, kererū and kiwi have also been affected by the parasite. When one of the first fatal cases in a Hector’s dolphin popped up in 2011, it was quite a surprise for Wendi Roe, who’s a professor of veterinary and marine mammal pathology at Massey University. “Toxoplasma wasn’t really well known to be killing marine species,” she says.

Since then, Roe has seen many marine mammals with toxoplasmosis have come through her door at Massey’s wildlife hospital. Sadly, they’re always dead. Records from between 2007 and 2018 showed that almost a quarter of non-calf Hector’s and Māui dolphins that turned up dead at the university died from the parasite.

Roe says the figures we have in general for Hector’s and Māui dolphins deaths is likely an underestimate. “We only get to investigate the few that are found dead on beaches, so there is a lot we don’t know, including how many die of toxoplasmosis.”

The ocean may be a far leap from the litter box but Roe explains that Toxoplasma eggs are super hardy and can survive in soil or water for months, even years. “They just last a really long time,” she says. The eggs are then washed out to sea where they’re eaten by filter feeding fish, which are then eaten by dolphins.

Roe recommends that cat owners don’t flush cat poop down the toilet, since our wastewater treatment may not be a match for Toxoplasma. She also advocates for keeping cats indoors and happy at home where possible, to stop more eggs getting out into the environment.

Plus, there’s good news for feline friends. Scientists are starting to develop a toxoplasmosis vaccine for cats. It doesn’t stop them getting the parasite but it does stop them shedding eggs, therefore cutting the chain of transmission. “That’s tricky and it’s taking an awful lot of work to try and develop it. A few labs have had success but it’s not a commercially viable vaccine yet,” says Roe.

So yes, cats can be a source of toxoplasmosis and it pays to be a bit cautious, but don’t let that stop you loving your cat companion, says Lloyd.

“We certainly know the role pets have played over the last couple of years for our mental and physical health. We don’t want to see people who are worried about patting their cats and getting that mutual loving relationship that you have with your pets.”