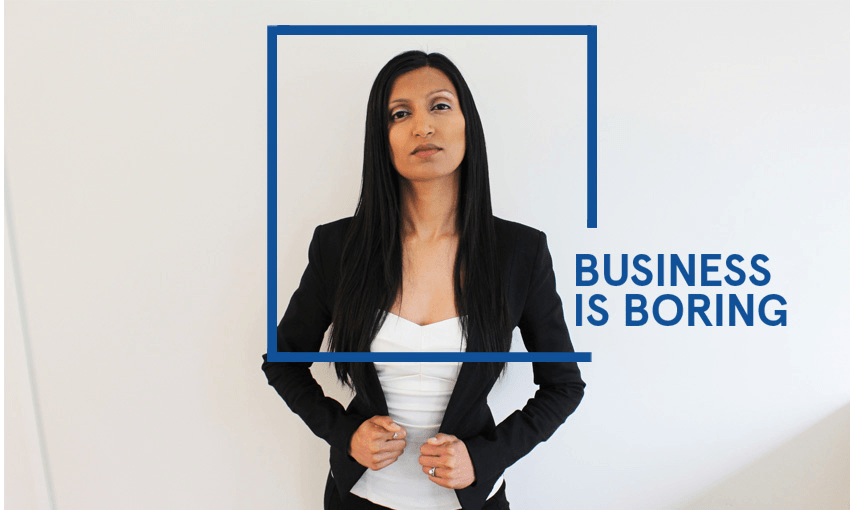 Sunfed Foods is making meat-free ‘meat’ an option for everyone

Business is Boring is a weekly podcast series presented by The Spinoff in association with Callaghan Innovation. Host Simon Pound speaks with innovators and commentators focused on the future of New Zealand, with the interview available as both audio and a transcribed excerpt. This week Simon talks to Shama Lee of Sunfed Foods about how meat-free meats shouldn’t just be for vegetarians and vegans.

Meat is pretty problematic. For a start it takes *heaps* of resources to make. Between land and water for the animals, more land to grow feed, rainforest cleared for pasture or for palm kernel, greenhouse gas emissions, and the matter of all the nitrates and effluent into the waterways there are a lot of externalities they we collectively carry to produce a hamburger. And that’s before you spend too much time thinking of the ethical side of things. It doesn’t bear too much thinking about, really.

But people love meat. The taste, the smell, the whole bit. With billions of people in the world to feed, and growing middle classes in the most populous countries eating more meat, there’s never been more getting made.
But it doesn’t have to be this way.

What if there was food that was as rewarding to the pleasure sensors as meat, made of the same constituent ingredients, the same ratios of fat, protein, minerals. The same texture, taste and performance. There are moves around the world to deliver on that dream – with a lot of interest in ‘fake’ beef in particular – you might have heard of the Impossible Burgers or Beyond Beef or billionaire-funded lab-grown options. But for the everyday option – the thing that is going to replace your go-to protein in home cooking – there is a local option that has attracted global interest, investment and attention.

Sunfed Meats has made a huge impact. Using pea protein to make a chicken replacement, that functions in much the same way and feel as chicken in your chicken fettuccine or tikka masala. Because it is similar, thanks to a lot of science and research and work.

Since starting they’ve got global leaders investing in them, had to build out the infrastructure, have sold out runs, got into our biggest food retailers and only just begun. With plans to move past chicken into other non-meat meats, and an R&D-led approach that works, it might not be too far away for us to be able to easily get protein that is better for our environment, ethics and country.

Shama Lee is the CEO and founder, and one of the guests I’ve most hoped to get the chance to chat to on this podcast, joins us to chat the journey to here, and to what’s next.

When you look at meat production it’s remarkably inefficient. The amount of resource and energy and water and space and time that goes into making what is, in the end, a very small amount.

It’s not just inefficient, it’s highly risky. The demand for meat is increasing. This has put a lot of pressure on the legacy meat system and the only solution they have to meet that demand is intensification of operations to achieve greater economies of scale so in other words to grow more and more animals bigger and fatter faster in smaller and smaller spaces.

The more they do that, the worse the risk gets which is inherent in that system, it exacerbates that risk. The risks are food safety risks, public health risks, the antibiotic usage is one, avian disease outbreaks is another, the environmental damage to the externalities it causes.

The bigger the system gets the worse the risk gets. It is unsustainable. We need to diversify ourselves away from it towards a system that can scale but without those risks.

The first meat alternative that you released was chicken, which makes sense because there’s a lot of chicken that’s eaten, and a lot of meat in general that’s eaten in a very non-purposeful manner. People are used to what they do, they’re used to having meat as the main component of a meal.

Chicken is actually the most consumed meat in the western market, it is the fastest growing meat in the world, and it is the staple protein in the world. It’s a difficult meat to make so for us to go first to chicken was bold. We didn’t go to market with a patty or anything reconstituted, we went to market with a piece of fleshy ‘meat’ with very long fibres. When you look at consumers who buy chicken they’re looking for something that is versatile, convenient. Chicken is perceived healthier than other meats, and it’s also the cheapest meat.

We wanted to make something for the consumer that would be a real competition for chicken. So they could buy it and use it exactly like they would chicken, but it’s better for you. It’s better for you in health, we hope it has a better taste and texture, and over time as we scale we hope to bring the price down as well.

How did you go from the wake-up moment to then tackling the problem?

Hindsight can help make sense of it but at the time it was kind of a process I was going through. Basically I read everything I could get my hands on about the existing technologies whereby you could make meat without the animal. Then I resonated with a particular tech that seemed sort of feasible but it needed quite a bit of R&D. From everything I’d seen, that’s the one I could try now because I could build the hardware for it. It was pure R&D, we were trying plant proteins that had never been tried before, and we had to build our hardware out of necessity because nothing existed. There is no plug and play.

What were the options you were looking at?

There’s a whole different variety but you can take plant proteins and realign them in the same sort of way as meat, the other way is to grow meat cells directly from stem cells. That keeps the animal protein but in the first way you transition to plant proteins which is in many ways probably better for the human body. The science behind stem cell cultured meat is still quite far away from being fully commercialised but it will be in the future. I just wanted to do something right away. I wanted to sink my teeth into something then and see if I could do it.