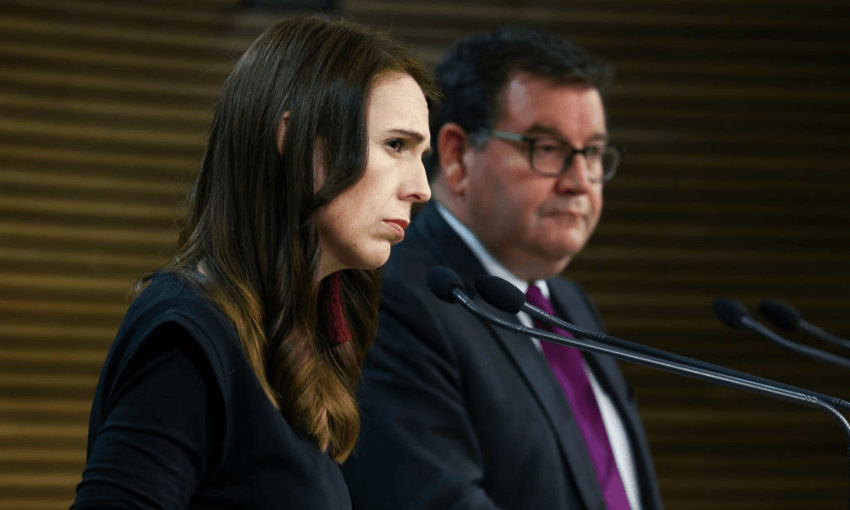 With an extra $4 billion a year in revenue and backed by plenty of support from voters, the government has the opportunity to tackle some of the country’s most urgent problems. But first, Labour must abandon its cautious approach, writes Clint Smith.

At Labour’s first caucus of the new year, Jacinda Ardern – reflecting on the unexpectedly strong economy and the torrent of extra money flowing into the government’s coffers – jokingly said ministers shouldn’t “get ahead of themselves” in thinking about how this windfall could be invested. Why was the default assumption that this money should be saved, not invested?

A few short years ago, the Labour Party was polling below 30% with just 32 MPs, and staring at a fourth election defeat. Those were scarring days that helped shape Labour’s leaders and naturally created a tendency to be cautious. Even today, with 65 MPs and 50% support in the polls, they know how easily it could be lost. Like a starving man who finds himself at a feast, they don’t want to do anything to risk being thrown out.

But will that caution hold Labour back from this unprecedented opportunity to tackle the big post-Covid crisis New Zealand faces?

With stratospheric support in the polls, an outright majority in parliament, $4 billion a year in extra revenue, a gifted communicator as leader, and an opposition in tatters, the stars have aligned like never before for the government to tackle the country’s housing, climate and poverty crises.

However, having just won a historic victory on a cautious, centrist platform, and with the main opposition party in ruins, the temptation for Labour will be not to mess with a winning formula. They know (as do National) that the biggest worry centre voters have about Labour is debt, so the instinct is to keep a tight lid on spending.

But that analysis ignores what pulled those voters to Labour. They backed Labour because Jacinda Ardern chose a bold course against Covid and invested everything in success. They don’t want blandness; they want delivery. A bland, cautious Labour going into the 2023 election risks losing control of the narrative and bleeding those votes back to National, who will bray about debt no matter how conservative Labour is.

Moreover, Labour’s ministers went into politics to make positive change for this country. They all genuinely and deeply believe in the power of government to improve people’s lives. They’ve never had a better chance to do that, and they probably never will again.

Covid-19 has shown that we can achieve great things together with a sense of community, strong leadership and investment. It’s been shown overseas that half measures and penny-pinching don’t work. So, what if New Zealand takes the spirit of our team of five million’s fight against Covid-19 and uses it to beat the other big challenges we face?

The government has the money. An extra $4 billion a year in tax revenue is coming in than Treasury forecast at election time due to the surprising strength of the economy and with spending lower.

An extra billion dollars a year investment in the government’s state house building programme would give Kāinga Ora the funds to build thousands more state houses and ramp up even if the private construction sector enters a downturn. Alongside a set of policies to remove subsidies to speculators, this would help end the housing shortage Labour inherited, which is driving up prices.

There are still over 200,000 children in New Zealand living in poverty, but most families with children that are living in poverty are close to the poverty line. A billion a year boost to income support for poor families would lift around half of those children out of poverty.

Another billion a year would kickstart our transition to a zero-carbon future. We could use it to help subsidise the green tech we need – electric cars, electric buses, wind turbines and solar panels – as well as investing in insulation, energy efficiency, forestry, and cheaper public transport.

That leaves a billion dollars a year to spare, so the government can borrow less than forecast. The voters who are worried about debt won’t switch parties because debt is 48% of GDP, not 45%. They just want to see the government is a responsible steward of the public purse. Labour can prove it is by borrowing less than their election mandate while still investing money that’s desperately needed into housing, poverty and climate change.

Jacinda Ardern can take this opportunity to lay out a vision with empathy and passion. as she does so well – a vision where we mobilise the team of five million to beat the housing crisis, end child poverty and tackle climate change as grand national efforts, just like the fight against Covid-19. And, as with the fight against Covid-19, these efforts would be underpinned by big, but responsible and necessary, government investments.

For this to happen, Labour will need to overcome their understandable fear of being labelled profligate, and back themselves to win the argument.

In the last three years, Jacinda Ardern has led New Zealand through a series of extraordinary crises and earned massive public support in the process. Now, with an unprecedented electoral mandate and money in the bank, this is Labour’s chance to invoke the spirit of the fight against Covid-19 and create a legacy that will shape our future for decades.

Will they take it?

Clint Smith is a former ministerial adviser to the Minister of Housing and Urban Development and former adviser to the Labour and Green parties. He now runs Victor Strategy and Communications, which has clients in the green tech sector.