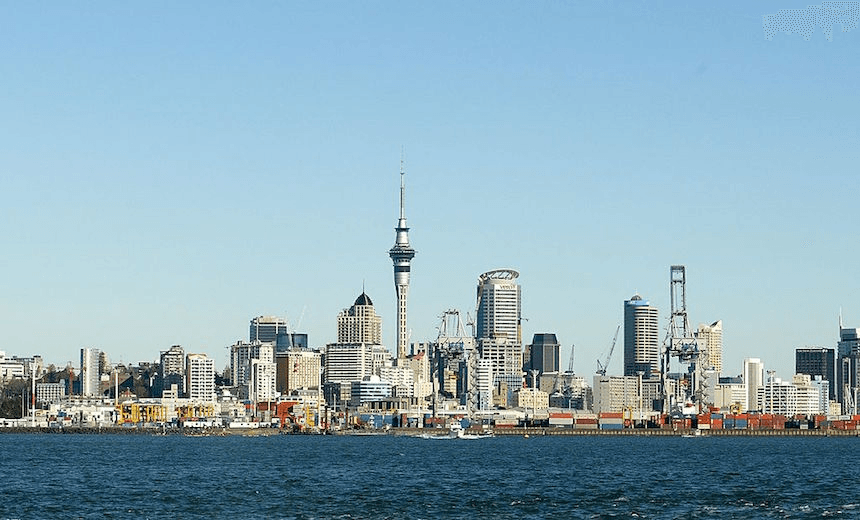 Arthur Grimes is former chief economist of the Reserve Bank. He thinks we should flood the Auckland market with 150,000 homes and aim for a 40% crash in house prices.

In March 2016, the REINZ Auckland median house price reached $820,000. Four years previously, it was $495,000 – that’s a 66% increase in 4 years. What’s more alarming is that in 2012, many people considered that house prices were already getting out of reach for most people. That was particularly the case for young people and low income earners.

That extraordinary increase – coupled with the already high level in 2012 – was behind my call to a recent Auckland Conversations event that policy-makers should strive to cause a 40% collapse in house prices to bring the median back to around $500,000.

My call for policies to drive a house price collapse is driven by my personal value judgement that it’s great for young families and families on lower incomes, to be able to afford to buy a house if they wish to do so. My concern is not for older, richer families, couples or individuals who already own their own (highly appreciated) house.

Others may have a different value judgement to mine – but rarely do they make such a judgement explicit. Or, they may argue that such a collapse would cause financial instability given banks’ loans to mortgage-holders. Luckily, New Zealand’s banks are well-capitalised and stress tests have shown that they can survive a large fall in house prices – mostly because the bulk of their loans pertain to older mortgages with plenty of equity behind them.

For those who share my wish to bring house prices back to a level at which ordinary people can afford, what is to be done?

One possibility is to try and stem the demand. Many Aucklanders seem to want their city to remain something like a rural town. In world terms, however, Auckland is a smallish city; while in Australasian terms, it is a mid-sized city sitting between Adelaide and Perth in size, and well behind the big three (Sydney, Melbourne, Brisbane). If New Zealand is to have one city of moderate size where head offices, R&D facilities and other wealth-generating activities reside, Auckland needs to be that city. To curb its growth is tantamount to saying that development should take place in Australia, not here. I favour Auckland being competitive in attracting high-value activities at least within the Australasian context. So I am not in favour of curbing Auckland’s growth.

The question then is how can Auckland grow and at the same time have house prices that become affordable for more people. Logically, the only answer to that conundrum is that the city needs a massive increase in the number of dwellings.

Research at Motu (accessible from www.motu.org.nz, and published in international scholarly journals) shows that (given current interest rates and incomes) a 1% increase in the number of dwellings relative to the population leads to a reduction in house prices of around 2.2%. Thus a 40% fall in house prices means that the number of dwellings in Auckland would have to expand by around 18% relative to the current dwelling stock. On top of that, the stock has to increase to reflect population growth. So with, 2% population growth per annum, the stock of dwellings in Auckland would have to increase by roughly 30% if prices were to fall by 40% over the next 6 years.

There are currently around 500,000 dwellings in Auckland. A 30% increase in dwelling numbers over 6 years translates into an extra 150,000 houses over that time – i.e. 25,000 extra houses per year for each of the next 6 years. This estimate contrasts with much smaller (and nonsensical) estimates of housing shortages that are often quoted. The reason is that those smaller estimates (e.g. 10,000 extra houses) would just leave prices where they are!

So how can we get these extra houses and where can they go? Some people favour intensification and some favour expansion of the city’s footprint. The size of the task means that both are required.

Auckland is lucky that it has plenty of farmland around it and – contrary to popular myth – farmland is almost worthless in farming uses compared with residential use. Expansion is therefore required, but with a proviso. A change in the zoning of rural land to residential gives the existing landowner a massive uplift in value – i.e. a multi-million dollar gift from the community. To my mind, this value should accrue to the community that grants the zoning change. The Public Works Act could conceivably be used (or changed) to enable Council to buy rural land at a premium (say 50%) above the rural land value and then all extra value uplift would accrue to the Council to be used for infrastructure and services for the enlarged community.

Auckland also has plenty of opportunities for intensification in areas where developers would wish to intensify and where people wish to live. For instance, Tamaki Drive is ready made for high-rise apartments where tens of thousands of people would no doubt wish to purchase apartments. Of course climate change may make development on Tamaki Drive a risk, but a few blocks back from the sea – on the ridges overlooking the harbour – would work just as well. Lift the restrictions on the heights of new developments, and I expect that we would see an utter transformation in the intensity of housing from Orakei through to Glendowie.

Existing residents of those suburbs (where I grew up) may oppose the development, but my value judgement favours the people who wish to live there but who are currently regulated out of the market. In the end, choices have to be made about current residents versus future ones, and I prefer to do something for future generations.

Central government has set Better Public Services targets for many public services but has no targets for house prices. Auckland Council has taken a lead by signalling they wish house prices to be no higher than five times household incomes by 2030. This is broadly consistent with a 40% collapse in house prices.

We need both local and central government politicians to take decisions that will bring this collapse about. Every time I hear a politician talk about wanting affordable housing, I ask them how much they wish house prices to collapse by. I have yet to receive an answer. I suggest that this simple question should be asked every time a politician (of any stripe) talks on the subject. One can then see if they are really serious about making house prices in Auckland affordable for ordinary people.

Arthur Grimes is a former chief economist at both the Reserve Bank and the National Bank. He’s now senior fellow at Motu and associate professor at Victoria University.