New Zealand needs to be intellectually curious about what has taken place in the US under Donald Trump and what it may mean for our country. Trends in governance there can easily spread, writes former NZ prime minister Sir Geoffrey Palmer.

The long and disgraceful end of Donald Trump’s tenure as president of the United States will arrive on January 20. The Congress has certified the results of the election declared by the Electoral College. Joe Biden and Kamala Harris won the offices of president and vice-president.

Trump meanwhile incited a riot by his supporters with a tissue of lies about a stolen election at a rally near the Capitol. He told them to march on the building that houses both the Senate and the House of Representatives and they did.

They broke in and set about trashing the place. The business of government had to be suspended until they were cleared out. This looked like an insurrection, or an attempted coup d’état by Trump’s supporters. This action is likely to prevent him ever credibly running for the office again.

Trump has behaved in an increasingly delusional and unstable manner. Moves are afoot to  impeach him again or use a process provided for removing the president under the 25th Amendment of the United States Constitution where he is “unable to discharge the responsibilities of his office”.

Never in my lifetime has politics in the United States reached such a parlous stage. What the events in the Congress demonstrated was that mob rule can occur.

Repetition of big lies by a leader can produce political action and challenge democracy itself. That democracy can be subverted by rhetoric has been graphically illustrated. 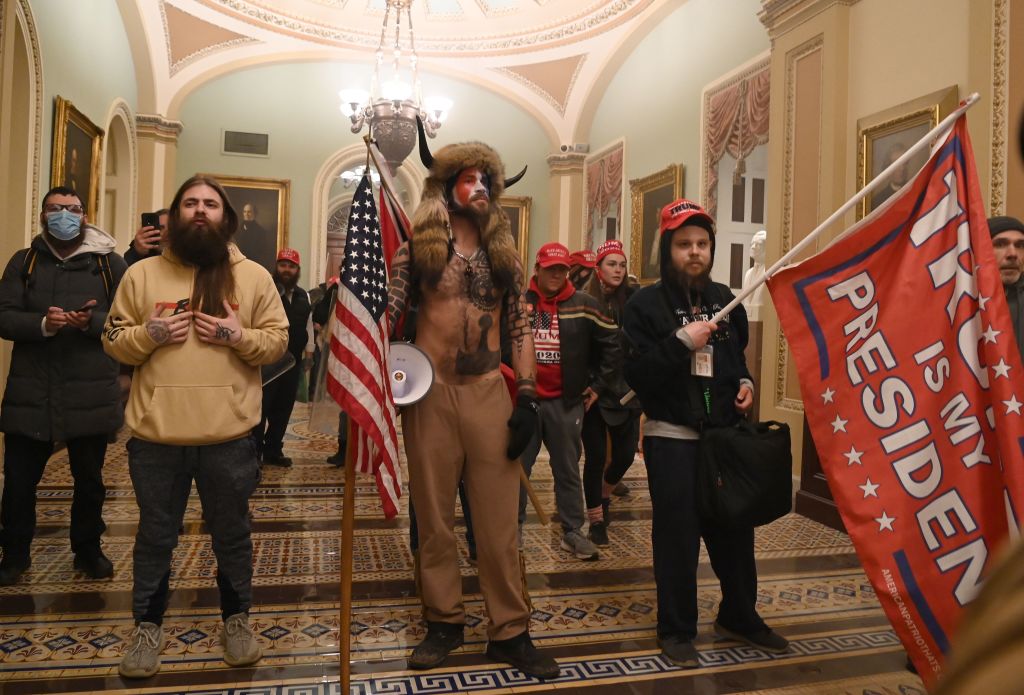 The QAnon ‘shaman’ at the US Capitol. (Photo by SAUL LOEB/AFP via Getty Images)

We can be confident now that Trump will go. But what will he leave behind?

A country polarised and suffering enormously from a pandemic that is killing many of its people.

New Zealand tends to identify as part of the Anglosphere-English speaking, a liberal democracy, outward looking.

Two nations historically have most influenced New Zealand’s culture and politics – the United Kingdom and the United States. Both have in the last few years experienced political crises and democratic decay. These developments have implications for New Zealand.

The upheavals of Brexit for the UK have been debilitating: two general elections, three prime ministers, two defeats for the government in the Supreme Court, and the final economic effects are yet to be felt. British Covid-19 policy has been full of dithering and confusion. So, a double whammy.

The connections between the United States and New Zealand are long and substantial: think of the Five Eyes intelligence arrangements, defence, entertainment, trade, and what used to be called western leadership.

Whether the United States is in decline remains an open question. New Zealand needs to be intellectually curious about the political developments and what they may mean for this country. Trends in governance there can easily spread, as they have done before.

The United States was born out of revolution against the British crown. The government of George III lost the war. The colonies had to forge new arrangements with which to govern themselves.

The disruptions resulting from the Trump presidency have had adverse consequences on the functioning of the United States government. Whether normal business can be resumed under President Biden remains to be seen.

The omens are positive, since gridlock has been largely avoided with the victory of the Democratic Party in the January run-off election for the two Senate seats in Georgia.

The election itself yielded a Biden victory that was clear enough, despite more than 60 unsuccessful lawsuits being launched. Trump did not accept the result even after the result was declared by the Electoral College.

Trump ran big rallies and fund-raising campaigns to energise his political base. He repeated what can objectively be shown to have been lies and falsehoods about who won. He won five million more votes than he had in 2017, but Biden nevertheless beat him by seven million votes. 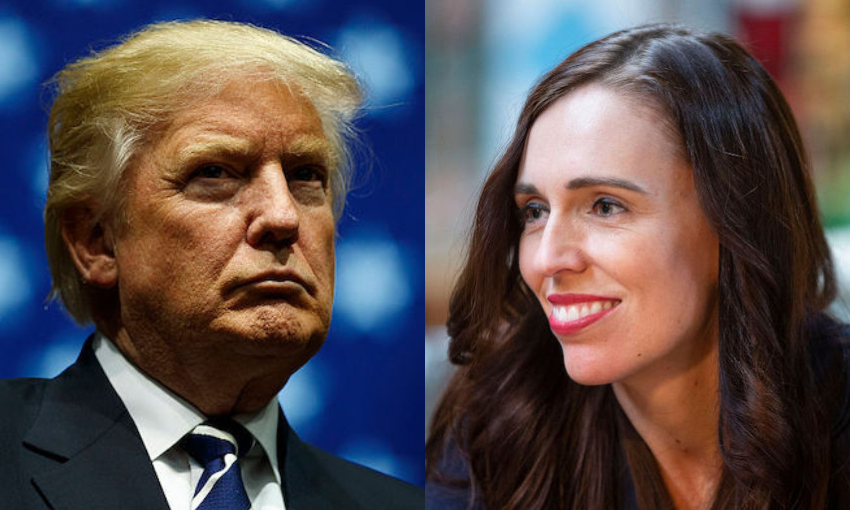 The polarisation between the Democratic and Republican Parties remains deep and seemingly unbridgeable.

The United States Constitution was not designed as pure democracy in 1787.

The Electoral College means the popular nationwide vote does not necessarily prevail. The smaller states have proportionately a greater say, not only in the Electoral College but also the Senate, where two senators come from each state, despite the fact that Wyoming has fewer than 600,000 people and California nearly 40 million.

The United States Constitution is almost impossible to change.

Money talks in United States elections. Business can spend unlimited amounts to support candidates through Political Actions Committees and the Supreme Court has ruled that is fine because of freedom of speech.

Gerrymandering is rampant through the state legislatures setting the boundaries for House of Representatives electoral districts in their state. The Supreme Court has not stopped it. The Republican Party has made big efforts to suppress and discourage voting.

The rich have become very rich in the United States. Their wealth has rapidly increased.  Ordinary people have not flourished in the same way and they are not happy. Trump said the trouble was the “swamp” in Washington and he would drain it.

Trump has been seen to support racism. The Civil War between 1861 and 1865 was supposed to resolve the issue but did not. The ghosts of slavery sit heavily upon politics still. The Black Lives Matters movement was born of police discrimination that is real.

The gun culture of the United States, so productive of unnecessary risks of death and injury, seems impossible to dislodge.

As for Trump’s erratic governance, the list of infamy is long.

Trump’s most stunning failure was on Covid-19. No doubt, in United States it is much more complicated and difficult to address the issues than for New Zealand, because of 50 states and a federal system.

Even so, the absence of leadership by Trump, the denials of the problems the pandemic was causing, the refusal to accept the expert scientific advice and the irresponsibility concerning masks were simply reckless. It was a death-leading performance for many Americans.

The United States political culture is fundamentally different from that of New Zealand.

Most New Zealanders tend to think the purpose of government is to protect the security and safety of its people and act fairly.

As Trump faces his final, ignominious days in the White House, nothing illustrates that better than the approach of each country to Covid-19.