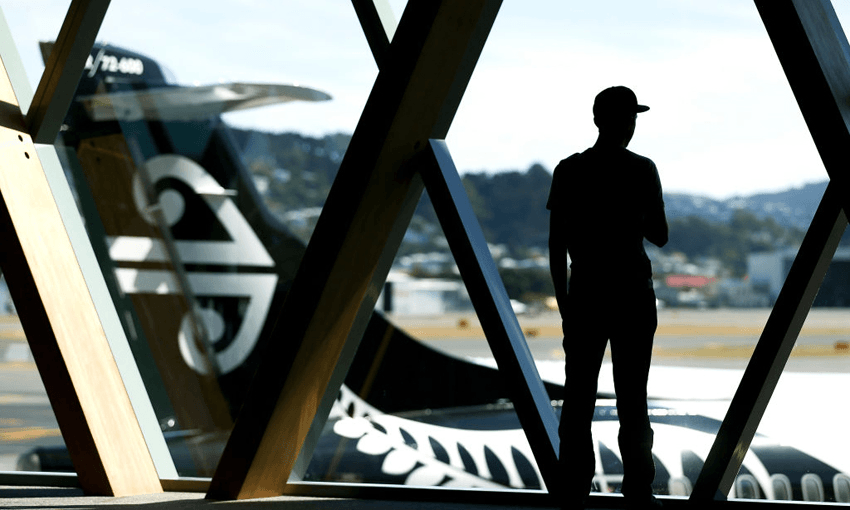 Why charging Māori to return to their whenua is wrong

The government has once again failed to honour Te Tiriti o Waitangi by rushing through legislation to introduce exorbitant managed isolation fees for returning New Zealanders. This fee will have massive implications on low-income whānau that have to return to their whenua for a short amount of time, and although it will affect Māori, the decision to introduce the fee was not made by Māori, nor in partnership with Māori, nor in any visible consultation with Māori.

In the first reading of the Covid-19 Public Health Response Amendment Bill, Megan Woods said that she understood Māori may be “disproportionately affected by the introduced charges for managed isolation”. She said it was “important that Māori can travel to and from New Zealand for whānau reasons such as tangihanga, and to exercise tino rangatiratanga and kaitiakitanga rights and responsibilities”. She accepted, too, that the charge for managed isolation fees will make this “more difficult” for many individuals and whānau – an important consideration for the Crown’s Treaty of Waitangi obligations.

These words are welcome – finally some mention of Te Tiriti o Waitangi (the governing, Māori version of the Treaty) after weeks where the government does not seem to have even recognised it is key to this decision. But they appear to be tokenistic words – perhaps even words to protect the government legally – at the end of a process that Māori have been shut out from. Did Māori have any power in the making of this decision? In other words, were Māori able to exercise tino rangatiratanga in the making of this decision as is our right under the Treaty of Waitangi?

There has been very little, if any, publicly advertised consultation of Māori. We are aware of a single, rushed meeting with some Māori stakeholders, with extremely inadequate representation of Māori overseas. If that is the extent of the Crown’s commitment to partnership, it does not appear to honour Te Tiriti.

Māori are overseas for various reasons. Throughout colonisation, many Māori were displaced from their ancestral lands through confiscation of that land, or by an economic system that demanded Māori move to cities to find work. When New Zealand cities couldn’t offer work, or decent wages, many went to Australia. Some Māori went overseas for adventure, for love, or for education. Speaking as a Māori co-author of this piece: we leave for all the same reasons anyone leaves. But Māori remain tied to our whenua by virtue of our whakapapa.

Being able to reconnect with whenua is an important aspect of the Māori worldview, illustrated by the whakatauki “E hoki ki o maunga, kia purea koe e ngā hau o Tāwhirimātea” (“Return to your ancestral mountain, so that you may be cleansed by the winds of Tāwhirimātea”). For Māori living in a modern world, often away from their tūrangawaewae, this means frequent trips home to reconnect and keep the home fires burning.

Another reason to return, as told by many on the Team of Six Million Facebook group and Instagram pages, is to care for, or reconnect with family. This is whakawhanaungatanga, a vital part of the puzzle that is te whare tapa whā, the holistic Māori healthcare model. If you lose family health, then mental health, physical health and spiritual health will also decline. In a global health crisis, it is important that we keep family support accessible for everyone. Some examples of families separated by this fee include parents who need to support a daughter going through a custody battle in Australia, a father who needs to see his seven-year-old daughter in France, and a lot of grandparents who need to see their mokopuna. Flights home, plus two weeks in quarantine, make a trip home to support whānau incredibly difficult for most people; adding a $3,100 fee on top of that makes it impossible for all except for the very wealthy.

Maybe the government will introduce exemptions that will take these factors into account, including for Māori. But Megan Woods said little in her parliamentary intervention during the urgent reading of the bill to give Māori confidence that their rights under Te Tiriti o Waitangi will be capable of being meaningfully exercised once the regulations come into force. Even if exemptions acknowledge the particular Tiriti rights and tikanga interests of Māori (which courts have acknowledged form part of the law of New Zealand), Māori will still be left in the position of having to plead their case to a decision-maker, who may not have sufficient knowledge of tikanga to make an informed decision. Assuming the best-case scenario that the decision-maker is someone with knowledge of tikanga Māori and Te Tiriti o Waitangi: is it fair that Māori should have to plead for their right to tino rangatiratanga to a Crown official? Is that what Te Tiriti o Waitangi looks like in 2020?

In light of these concerns about the process behind this legislation, and its substance, it’s no surprise that some commentators have argued that the policy involves a clear breach of Te Tiriti o Waitangi, justifying an urgent Waitangi Tribunal claim. John Campbell put it to the prime minister that the policy “would seem egregiously wrong” under the Treaty, a comment to which the prime minister seemed to have no immediate response.

But what if some Māori agree with the government’s plan to introduce fees for returning New Zealanders? The reality is that we don’t really know the depth of Māori feeling – because we haven’t heard enough Māori voices on the matter. The government can’t in good faith claim that there is Māori support when it hasn’t provided meaningful opportunities for that support to be expressed.

There’s one more chance for the government to avoid this failure of process and substance for Māori – and for all of us. Now the legislation has passed, the regulations are due to come into force on Monday, August 10. But there’s nothing stopping the government from delaying these regulations: say, until after the election. The government has set aside funding for quarantine until the end of the year. It has the certainty of a legislative framework in place, which it can use in future. It should hold off on bringing in these regulations, to ensure a decision is made in partnership with Māori – and proper consideration is given to all issues.

We hope the government might take that compromise step. But given the respect it’s shown to Māori and Te Tiriti o Waitangi so far in this process, we’re not holding our breath.