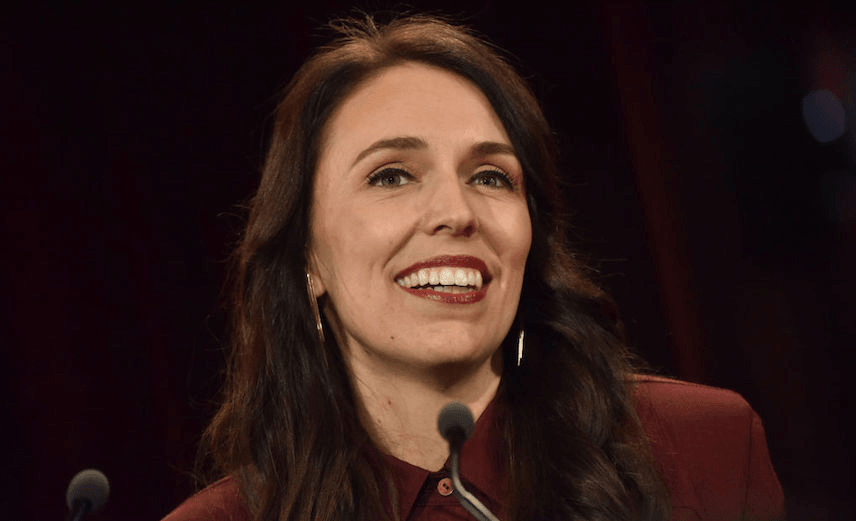 The TPP v climate change: are they compatible?

Branko Marcetic asks around to see if the new government can keep both its trade promises and its climate change commitments.

Jacinda Ardern melted the anthropogenically warming hearts of many an environmentalist when she declared during the 2017 election campaign that climate change was her “generation’s nuclear free moment,” and that she was determined to “tackle it head on.”

Yet there was also something of a disconnect between Ardern’s rhetoric and why she was in Vietnam. Da Nang, the site of Ardern’s speech, was also the location of the latest Trans-Pacific Partnership (TPP) negotiations, which Ardern is pushing ahead with as prime minister. For the past few weeks, New Zealand and ten other countries have been trying to figure out how to go ahead with the deal, with New Zealand wrangling over the TPP’s controversial investor-state dispute settlement (ISDS) provision, which would allow corporations to sue the New Zealand government over policies that affect their business investments.

The final shape of any deal, and its ISDS provision, could have significant consequences for the viability of the Ardern government’s climate goals.

The ISDS provision is probably the most controversial element of the TPP. While Ardern appears committed to removing it from the deal, she has also acknowledged it may be too late, telling Bloomberg that New Zealand would “raise the issue, to pursue it as far as we’re able,” suggesting it won’t be a deal-breaker.

ISDS tribunals have crossed over with environmental regulation in the past. According to the Sierra Club, a US environmental group, companies such as Chevron, ExxonMobil and others have sued governments over everything from a nuclear energy phase-out to new coal-fired power plant standards.

Canada, the most-sued country under NAFTA’s ISDS provision, was taken to court 35 times in the last two decades, mostly over environmental policies. In one 1997 case, the government had to remove a ban on a suspected neurotoxin and pay $15 million worth of damages. It’s currently in the midst of a years-long, US$118.9 million suit filed against it by US driller Lone Pine over Quebec’s ban on fracking.

Similarly, when the Obama administration rejected the controversial Keystone XL pipeline in 2016 after years of activist pressure, TransCanada – the company behind the pipeline – began ISDS procedures. Whether or not it would have been successful, we’ll never know – the company dropped the suit after Trump reversed Obama’s decision in February.

All of this would seem to spell certain doom for the Ardern government’s climate goals. To get a better sense of the issue, I spoke to a number of environmental experts and academics to get their take on the compatibility of the TPP and action on climate change.

Nearly all the environmental groups I contacted were opposed to the agreement, and believed it contradicted Ardern’s climate rhetoric.

“With the TPP we have three choices: wreck the climate with business as usual, cough up fortunes to settle with big oil, or if this truly is our ‘nuclear-free moment,’ don’t sign it.”

Simon Terry, executive director of the Sustainability Council of New Zealand, calls ISDS “the TPP’s biggest barrier to climate action” but does not believe it is incompatible with serious reform.

“A key risk is that if the government puts a serious price on emissions, the ISDS clauses would allow emitters that are foreign investors to pursue claims for lost profits,” he says. “The threat of such legal action would make reform more challenging due to the risk of large payouts, and that could limit how far and how fast the government was prepared to move.”

Terry had last year produced an expert paper on “The Environment Under TPPA Governance.” Among its key points were that the agreement’s climate change section didn’t even mention the words “climate change” or the United Nations Framework on Climate Change, under which the Paris agreement was negotiated, and that the ability to sue governments would create a “chilling effect” on governments’ willingness to pass environmental reforms.

“This favours retaining low standards when these need to rise markedly,” he wrote then.

Rick Zwaan, a campaigner with ActionStation who attended climate negotiations in Copenhagen and Cancun and has served as a climate policy researcher, was similarly negative, pointing out that ExxonMobil’s US$218 billion in operating revenue is more than our country’s GDP.

“If we decided to pass laws to keep fossil fuels in the ground – what’s needed to limit global warming – then big oil companies with their armies of lawyers could sue our government,” he says.

Also pessimistic was Dr. Alexandra Macmillan, co-convenor of OraTaiao: the New Zealand Climate and Health Council, a not-for-profit, non-partisan organisation that focuses on the impact of climate change on health.

“The government’s promises about climate change will necessarily mean the coal, oil and gas that was once worth trillions of dollars will need to stay in the ground and not be burnt,” she says. “We know from the bitter experience of trying to reduce tobacco-related deaths that allowing companies to sue governments for lost profit can slow down and weaken health-protecting policies, or ensure governments don’t even try to put these policies in place.”

A more optimistic view was put forward by Professor Dave Frame, director of the New Zealand Climate Change Research Institute. Frame believes that commercial interests should have the same right of using the legal system as groups like Greenpeace or individuals like law student Sarah Thompson. (Though he adds the fact that Canada spent $65 million over 20 years to combat these lawsuits is “sad,” and that there “should be a higher barrier to being able to bring these sorts of actions”).

Frame views the Canadian examples as “pretty small beer,” and that the companies have “quite a low strike rate” when it comes to winning the full compensation they demand.

“I don’t see any reason to be seriously concerned here,” he concludes. “Most of the challenges are to new, rather than existing legislation. You cannot reasonably move to a place with a price on carbon and demand it be abolished.”

Adrian Macey is also unconcerned. A senior associate at Victoria University’s Institute for Governance and Policy Studies, Macey has one foot each in the worlds of climate policy and trade: he served as New Zealand’s first climate change ambassador from 2006 to 2010, and as New Zealand’s Chief Trade Negotiator from 2000-02, and was involved in trade negotiations for the GATT and WTO. He’s also himself served on several ISDS panels.

“TPP would not in any way prejudice meeting climate goals,” he says. “The Paris Agreement is a powerful international consensus of all but a handful of insignificant countries. No way it would be overridden by trade agreements.”

When asked to elaborate, Macey explained that companies “have been doing internal carbon risk assessments for years” and know that a transition out of fossil fuels is coming. “You don’t have a case to take on the basis that a country is undergoing a transition to low carbon consistent with the Paris Agreement,” he says.

Macey also believes that “there is a huge amount of exaggeration about the potential of ISDS.” Though he does acknowledge that some “nasty corporates” have invoked it, he insists that “they are going to get short shrift if they try it on in this area.”

“The biggest direct threat to climate change policies is the investor-state dispute mechanism,” she says, adding that the New Zealand government has been seeking side-letters from countries promising not to use it against New Zealand.

Kelsey, a long-time TPP critic, says that there’s no certainty about how ISDS tribunals may respond to a claim “because there is no formal system of precedent,” and points out that their “lack of consistency and predictability is one of the major complaints.” She also says that the Paris Agreement can only be invoked as a defence to a particular legal argument, and that it can’t override the agreement’s investment rules.

“The adoption of the agreement and others like it would restrict the regulatory options available to the government, as it found with the gymnastics around restricting foreign buyers of residential property,” she says.

Indeed, as Kelsey alludes, the government had rushed to get its foreign home buyer ban through before the TPP was signed. David Parker earlier appeared to acknowledge it would have constrained the government’s policy choices.

“If you don’t do it now, you can never do it,” he told Morning Report about the ban. “Because if TPP is entered into, New Zealand will have lost the policy space to protect the New Zealand housing market for New Zealanders.”

It’s hard to see why that logic wouldn’t also apply to New Zealand’s environment as much as its housing market. It’s a big question – quite literally a matter of life and death, not just for New Zealanders who will be buffeted by an unprecedented amounts of extreme weather events and droughts as a result of climate change, but by our Pacific neighbours, whose homes and livelihoods are disappearing thanks to rising sea levels.

Climate change “is literally lapping at our feet,” the prime minister told her audience last night, insisting that “this is not about talking what we do in the future but the action that we have the potential to carry” now. Yet if the majority of those I spoke to are right, and the Ardern government pushes ahead with the ISDS provision as is, there may not be much action either we or her audience can take.

This article was updated on November 13 to clarify’s the Sustainability Council of NZ’s position at the request of Simon Terry.