Viewed in isolation the public sector pay move is politically indefensible. Duncan Greive wonders if it’s all part of a much bigger plan.

“A breach of good faith”, “a kick in the gut” and “more proof that Cabinet hates public servants”, just some of the understandably quite heated reactions to last week’s shock announcement of a “pay restraint” through 2024. That restraint came in the form of a pay freeze for those earning more than $100,000, and a freeze beyond exceptional circumstances for those earning between $60,000 and $100,000. Those two bands represent 75% of the public sector workforce, hundreds of thousands of people working as teachers, nurses, fire fighters, social workers and more – essentially the most beloved working New Zealanders, told they would be up for three years of pay cuts (in real terms).

Unions and public sector workers weren’t alone in their consternation, with political commentary united in mystification at the move, which appeared to do three weird things at once: something politically stupid, politically unfashionable and economically unnecessary.

The stupid thing was to take a group who have reliably voted and supported Labour for decades, and tell them to nobly forgo any pay rises until near the halfway point of this decade.

The unfashionable thing was to respond to the economic challenge of recovery from the pandemic by asking workers to tighten belts – just as John Key’s National government (and conservative governments all over the world) did in the aftermath of the GFC. This was credited with prolonging the recession, and ensuring that the pain of the recovery was felt by working people, while the stimulus of low interest rates ensured that owners of capital saw their assets flying up and to the right.

The unnecessary part is that New Zealand has one of the lowest debt-to-GDP ratios in the world, and rock bottom borrowing costs, so has ample opportunity to follow US president Joe Biden in launching a stimulus cannon which includes pay increases for the whole public service, if it so wished. Striking teachers wait for a bus to take them to a rally on August 15, 2018 in Auckland. (Photo by Dave Rowland/Getty Images)

Those were the lines that dominated the political conversation for almost a week. Yet there might be a logic to it, when viewed through a longer-term lens. The government came to power in part on the back of Jacinda Ardern’s abhorrence for child poverty, and corresponding vow to end it. This is not easy work – poverty is hardship manifested in an immensely complex web involving state failure across education, justice, housing, health and more.

The fastest thing the state can do to move the needle on material deprivation is simply to give parents in poverty more money – which means putting it into the hands of two groups: those on welfare, and those in work but not earning enough to pull them out of poverty.

Giving those on welfare more money is easy – we saw how quickly the government could helicopter out funds during the first lockdown – and something the welfare expert advisory group recommended. Those recommendations were mostly ignored, perhaps because giving people on welfare more money is politically and economically complicated. It gets ZB listeners riled up, and the theory goes that if you set welfare rates too close to minimum wage then people will rationally choose to work less (or not at all), therefore tax takes will go down and welfare spending will go up. If enough people make that choice, the whole system breaks down.

Which brings us to the second group – those working but still in poverty. It’s this cohort which appears to have been the focus of a large amount of recent government energy and policy. We have seen years of large increases to the minimum wage, to the point where ours is one of the highest in the world, depending on how it is calculated. This has been buttressed by work around fair pay agreements (also announced last week, not coincidentally), which seek to define minimum earnings across low-paid industries. These two actions in tandem aspire to raise the pay floor and concentrate economic gains among the lowest paid workers.

It’s against this backdrop that the government’s desire to push all its public sector pay increases toward those earning under $60,000 could plausibly be seen – part of a joined up effort to increase the minimum amount those working full or part-time can take home. It’s a focus that was present in the public service commission guidance, mostly absent in the commentary, and hopelessly understated in the argument put forward by ministers. 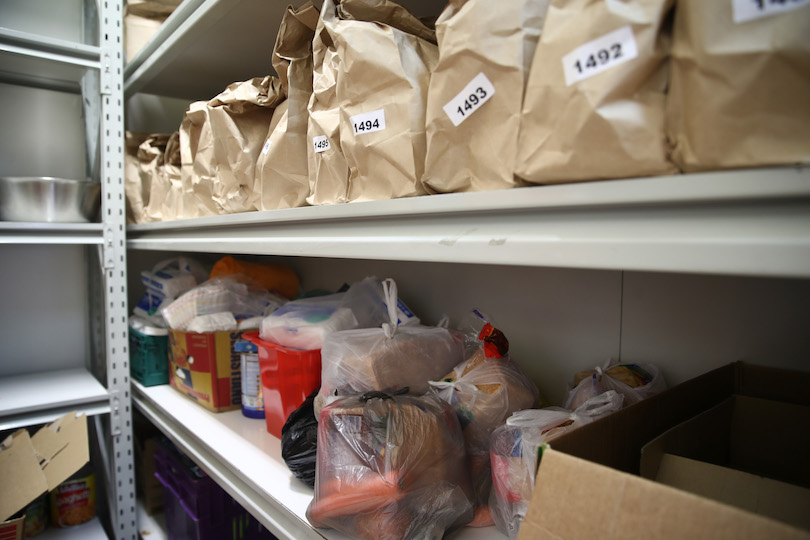 Does this set the stage for a move on welfare?

It will also, paradoxically perhaps, ultimately allow room to increase benefits. Imagine for a moment that the government really isn’t heartless, that it does want to do as its working group suggested and raise welfare rates to the point where they allow a life without hardship. To do so it would need to move wages ahead of welfare to retain the incentive to work.

New Zealand already has a relatively equal society, at least as far as wages are concerned (wealth is a whole different story). The OECD ranks us among the five countries in the world with the smallest gap between minimum and average wages (and as that data is from 2019, the gap will have narrowed still since). So by hiking the minimum wage, targeting low-wage industries and concentrating public sector pay increases to those under $60,000, this government is channeling as much of this country’s pay uplift to those who will feel it most. And, in so doing, ensure that those living with children in poverty will be most-impacted by its policies.

If successful – a big if, admittedly – it has a shot at creating a more equal New Zealand. A more Scandinavian New Zealand. One which uses the pandemic crisis to push through a major and potentially lasting redistribution of labour and welfare-derived income (while leaving capital gains mostly untouched).

Admittedly, it still needs to do a lot more besides. Most notably ensure that it solves a persistent housing crisis, the impact of which sits most heavily on Māori and Pasifika, and has a habit of eating all increases in wages and benefits up in rising shelter costs.

None of this really justifies the colossal failure of political instinct and communication last week.

The government could have full-throatedly declared that pay increases for those under $60,000 will be twice those of higher earning groups, or some other mechanism focused on closing the gap, or raising the floor. It could have put the cut-off somewhere higher than $60,000, acknowledging that someone on that salary is a long way from wealthy. None of the above really explains either the stupidity or the political unfashionability, nor how economically unnecessary it all is. But it perhaps suggests that, underneath it all, there might be some nobility and intent.

Correction: An update has been made to this article reflecting the fact that Labour is not directly funded by public sector unions.