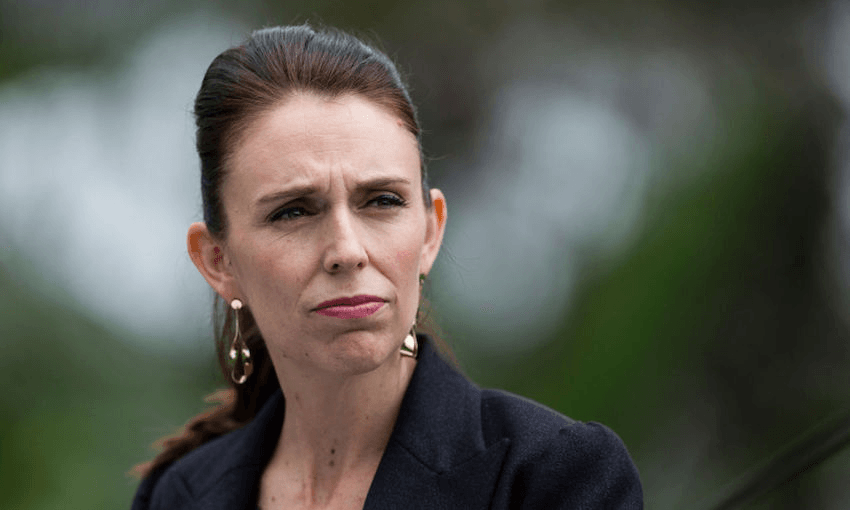 Labour camp sexual assault: Who knew what, when?

New developments have emerged surrounding sexual assaults that took place at a Labour Party youth camp, how it happened in the first place, and how the party subsequently dealt with the allegations. Scroll to end for a timeline.

Yesterday, when Newsroom broke the story about sexual harassment and assault taking place at a Labour Party youth camp, the party was shocked into action. Four sixteen year olds, both male and female, had been groped by an intoxicated 20 year old at Labour’s Summer Camp in early February.

Prime Minister Jacinda Ardern told media at her post-cabinet press conference that she had only learned of the incident that afternoon, an investigation would be launched, and that while she was present at the camp, she was not aware of anything concerning. Then Labour’s General Secretary Andrew Kirton started doing interviews, and the questions only multiplied.

Why didn’t the party go to the police?

Kirton said the party decided to inform the 16 year old victims that they could go to the police, and then left it up to them if they chose to do so. However, Newsroom’s Tim Murphy said it was his understanding that the opportunity to go to the police was not made as clear to the victims as it could have been.

“What I do know is that it’s not as clear cut about being offered the opportunity to take it to the police, as Andrew Kirton made out last night.”

The police say they are aware of media reports, and encourage anyone with information to approach them.

Why weren’t the parents told?

The party says it was following a victim-centred approach, in which protecting the confidentiality of those involved was important. Ardern told The AM Show this morning that the victims had not wanted their parents to be told, and the party had respected those wishes.

Were the victims offered support?

Yes, but in Ardern‘s words, “it took too long.” Newsroom’s Tim Murphy said it is his understanding that counselling and support were only offered on Saturday, when it became clear that media attention was possible.

Others have pointed out that the victims’ responses would have been better handled by an independent expert, at arm’s length from the party itself.

Andrew Kirton said last night the decision was taken that the party organisation would handle the response to the incident. Ardern told Mike Hosking on Newstalk ZB that the party informing her would be more about political management than looking after those involved, and as such she wasn’t bothered that she didn’t know. However, Labour MP Megan Woods says she learned of the incident well before it had been made public.

That the information never made it to the prime minister, even under conditions of strict confidentiality, is difficult to fathom. The executive branch of the government generally operates under a ‘no surprises’ policy for potential scandals to avoid being blindsided. Again, both Ardern and Kirton stressed that they wished to maintain the privacy of the victims.

Why was there booze at an event open to those under 18?

The party says it didn’t supply alcohol to the event, and that those drinking had brought it themselves. National Party aligned blogger David Farrar is questioning whether the supply of alcohol was done in a responsible manner as required by law. Alcohol has become a key question in the wake of the incident being made public, with Andrew Kirton telling Newstalk ZB last night it would be a focus of the investigation into the incident. The Young Greens have tweeted that a focus on alcohol misses what is important about the incident:

Sexual assault is the fault of the perpetrator. It is not the fault of alcohol or the victims. We send aroha and tautoko to those at Young Labour who were affected by a perpetrator of sexual violence at their camp and applaud Young Labour for their actions in response. ????

At this stage, it seems not. Ardern said Andrew Kirton would keep his job, and defended supervisors of the event. She said everyone needed to take responsibility for the incident and subsequent failures, rather than singling out any individual scapegoat.

The perpetrator was removed from the event immediately after organisers learned of the incident, and has been banned from all future Labour events.

Should this have been reported on?

This is a tricky area. It is very much in the public interest how the party leading the government responds to incidents like this, at an event they have been involved in. It speaks to how seriously Labour takes the issue of sexual assault, whether they minimise or deflect the allegations, and how they subsequently change their policies and processes to ensure it doesn’t happen again.

On the other hand, the privacy of the teenage victims will have now been shattered in their immediate social circles. While their names have been kept confidential, the reported facts would give anyone with knowledge of the event enough information to know who the victims are. That is something that can’t now be taken back. Some have noted that media attention on stories of sexual assault can re-traumatise survivors.

What should be clear to everyone is that this is no time for political point scoring, in any direction. As Jess McAllen pointed out in an article on The Spinoff today, rape culture is endemic in New Zealand. For this to be seen as just about the Labour Party, or one bad apple who committed these actions, would be to miss the point. No social group or organisation, even those that have made ending sexual violence a priority, should consider themselves immune from the fallout from harassment and assault.

Sun 11 February – The 20-year-old is ejected from the camp. Young Labour consults with all four victims. They say they do not want to take the matter further. Some ask that their parents are not told.

Wed 14 February – Labour’s general secretary Andrew Kirton is told of the harassment. He said he then told Young Labour to ask if the victims wanted “support or take it further”.

Two of the victims responded at some point after this.

Sat 3 March – Mr Kirton says professional help was offered to the victims, more than three weeks after he was told of the incidents.

Sun 4 March – One of the victims reaches out to Cabinet minister Megan Woods on Facebook, unhappy with a lack of response.

Ms Woods contacts Mr Kirton, who directly contacts the victim. He assures her the situation is “being handled appropriately”.

5-11 March – Mr Kirton consults with professional agencies, making sure that there was an external body which was offered to these people.

Mon 12 March – Newsroom publishes reports about the events at the camp.

In a statement, Mr Kirton says the party has initiated an external review of policies and procedures particularly around alcohol.

Mr Kirton says he has banned the perpetrator from future Labour Party events.

Tue 13 March – Prime Minister Jacinda Ardern and Labour Party president back Mr Kirton and say he will keep his job. The PM and Mr Kirton admit the delay in offering professional support was unacceptable.