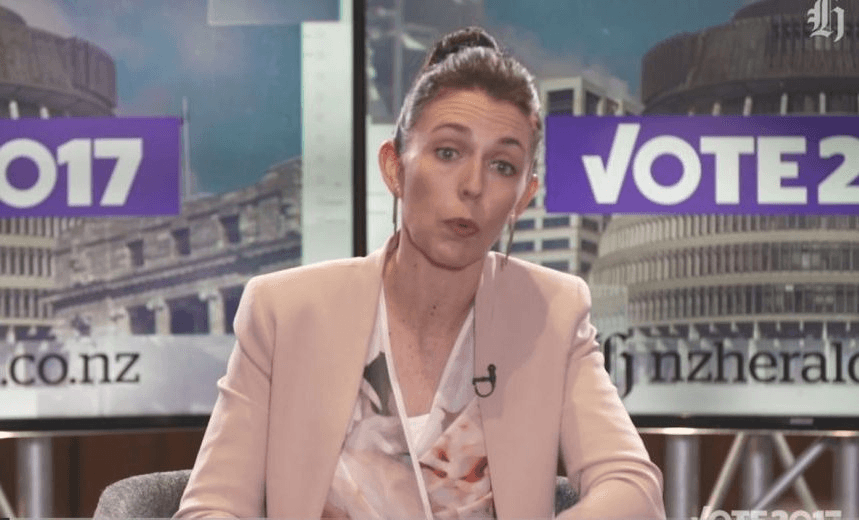 As the campaign enters its final weekend, Jacinda Ardern and Grant Robertson have attempted to lance the boil, pledging Labour won’t introduce new tax changes before 2021. Now the attacks will switch from tax to leadership, writes Toby Manhire

It was a “captain’s call” to push open the door to significant changes in the tax system within a first Labour term, said new leader Jacinda Ardern just over three weeks ago. “It is different leadership, different decisions,” she told the New Zealand Herald Job Interview panel. “Andrew [Little] made a call that he would go back to the electorate. I made a call that if I was in government and presented with a tax working group paper that suggested these are the things you need to do to be able to tackle the housing crisis and inequality in your tax system, to then sit on that for one, maybe two years without doing anything didn’t feel right to me.”

It was a bold statement: a stake in the ground. It could only have been done from a position of enormous strength. But it was also an odd position to take. It was a red rag to a Steven Joyce bull. As chewed over on the Gone By Lunchtime podcast yesterday, the time it takes to assemble a working group, for the group to do their working, for the recommendations to be weighed and for the IRD to get them into shape for introduction would surely take us just about up to 2020 anyway.

And to turn to the most authoritative online source, here is the Urban Dictionary definition of Captain’s Call, noting the Australian antecedent:

If not quite a full-blown clusterfuck, over the course of the campaign that captain’s call has turned into a thorn in Labour’s side. The National campaign has in recent days become an all-out, sometimes histrionic assault on Labour’s tax plans. After the fiscal-hole belly-flop, the “Let’s Tax This” mantra seemed to be having real effect. And this morning the party leadership essentially admitted as much. It gritted its teeth and ripped the thorn out, in the full knowledge that it would bring a thousand headlines of U-turn, flip-flop and volte-face.

The important bit began in the eighth paragraph of Labour’s statement, with a tacit acknowledgement of error: “Labour will not shy away from the hard issues such as fixing the housing crisis and we are determined to do what is right, but we also know we must take New Zealanders with us as we do that.”

The promise is for public involvement in the Tax Working Group, parliamentary oversight, and, most critically of all, no changes before a second term.

“We know it is important to get this right, so we will balance the need for certainty and urgency by ensuring that any potential changes will not come into effect until the 2021 tax year. This gives multiple opportunities for public input, and a general election before any new tax would come into effect. To avoid any doubt, no one will be affected by any tax changes arising from the outcomes of the Working Group until 2021. There will be no new taxes or levies introduced in our first term of government beyond those we have already announced.”

Fronting up to the press this morning, finance spokesperson Grant Robertson – the one senior colleague Ardern had said she’d consulted on her captain’s call – was asked if the decision was made in the knowledge it could be the difference between winning and losing. They were faced with “a desperate series of lies and spin” from the National Party, he said. We can take that as a yes. Certainly it suggests that the party’s internal polling – and we await with interest tonight’s Colmar/TVNZ poll – has been trending the same way as the other night’s Newshub result.

The trade-off for Labour was the hit it will take by backing down on the most prominent act of decisive leadership from Ardern – already National’s pollster is characterising the act as “panic” – versus the ability to regain grip on the direction of their own campaign. Ardern will hope to sell this is a setback rather than a catastrophe, as a sign of humility rather than misstep. There will be a lot of “we’ve listened to New Zealanders”.

Labour will have to ride out at least 24 hours before it can hope to get back into gear. But going into the last weekend of the campaign, it had to be done now, or not at all. And while the National campaign machine won’t be in any hurry to drop the Let’s Tax This concern trolling – Joyce was out of the blocks within minutes with “The public simply can’t trust Labour on tax” – watch as the glare of its spotlight pans towards questions of leadership.

Politics podcast: To listen to Wednesday’s episode of Gone By Lunchtime, either download (right click to save) or stream the podcast using the player below, or subscribe via iTunes, or here on Stitcher (RSS feed).