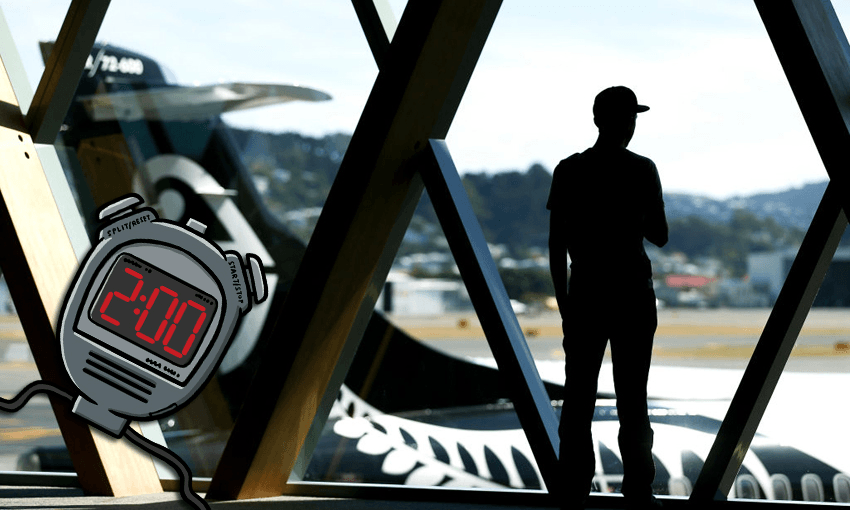 Voting is under way in the New Zealand general election. Explore the main parties’ pledges at Policy.nz; in the meantime here’s a whistlestop tour of what’s on offer when it comes to the Covid-19 response and the border.

This is the “Covid election” according to Labour leader Jacinda Ardern. Most of the parties support continuing the current fortress New Zealand approach to the virus, with strict limits at the border. However, where they differ is on how wide to open the country’s door to the world and who should be in charge of managing it.

Labour’s programme to fight Covid-19 holds no surprises. It’s the system of trace, test and isolation you’ve come to know. Labour’s steady as it goes plan rests on “continuous improvement” to the tracing app and testing capacity.

Labour says it will set aside 10% of spots in managed isolation for non-residents, largely to allow a trickle of skilled workers into the country. Managed-isolation moved to a booking system in early October to allow the change. It also plans to resume accepting refugees in 2021.

Labour would also continue to focus on international and domestic efforts to secure a vaccine to Covid-19. That would include implementing a “national immunisation programme” once a vaccine has been purchased in large enough quantities.

National says New Zealand needs a new border agency to serve as a protective cloak for the country, tentatively named Te Korowai Whakamaru. The agency would be given overall control of the country’s border to respond to any epidemics overseas.

National would require returnees to show a recent negative test before flying to New Zealand. It would also require most returnees to pay the full cost of their managed-isolation (it’s currently limited largely to non-residents or New Zealanders who leave the country for business and pleasure). Private companies would be allowed to offer isolation at facilities, giving returnees choice on where they stay and how much they pay. Universities would be allowed to bring back international students under “strict conditions”.

The party wants shorter lockdowns that are more targeted, fencing off certain urban areas instead of locking down entire regions. It’s called for more testing, promising to limit waits to one hour. It would also do away with the current tracing app and build one based on Bluetooth technology.

NZ First has pledged to establish a border protection force to centralise the approach to Covid-19. The force would coordinate the response to pandemic and biosecurity threats while being empowered to detain migrants. The party also wants to use military facilities to quarantine returnees. Most of the quarantine system would also be turned over to the military, with soldiers assigned to the facilities on long-term deployments.

Act leader David Seymour wants to bring the private sector into the system of managed-isolation, allowing universities, companies and Airbnb to operate border facilities. The government would set the rules and inspect the facilities for breaches. There would be a strong emphasis on new technology to track returnees. The penalties for escapees would include prison time. “High-value” foreign tourists would be allowed to enter New Zealand using the facilities.

Act also wants to begin opening up travel to other countries based on the level of risk. Seymour has said Pacific Islanders should be allowed to holiday in New Zealand. The party would also create a centralised public health service with a presence at the border, along with a new epidemic response unit, and has called for an inquiry into the government’s Covid-19 response.

The Green Party said it supports the current elimination strategy but has called for the government to increase paid sick leave from five to 10 days to help people who are unwell stay home. It has also said it would increase public health funding. The Greens say a guaranteed minimum income would avoid the need for the kind of benefit supports that became necessary during the first Covid-19 lockdown.

The Māori Party has called for some additional Covid-19 restrictions, including preventing high school students from attending school under level three lockdown, as recently happened in Auckland.

TOP wants the health care system to focus more on prevention, including the re-establishment of a public health commission, which was shuttered in 1995. It has also said it would support a move by the government to reduce commercial rents by half during times of significant Covid-19 restrictions.

The New Conservatives have said the government should drop the elimination strategy, saying that it is impossible to eliminate  “something that is rampant worldwide”. The party has instead said the country should go the route of minimisation. That would mean no more lockdowns and schools and businesses would be allowed to remain open during future outbreaks. The sick would be tested and good hygiene would be encouraged. The party also said it would end the use of the military at the border, calling it a “political purpose” unfit for soldiers.