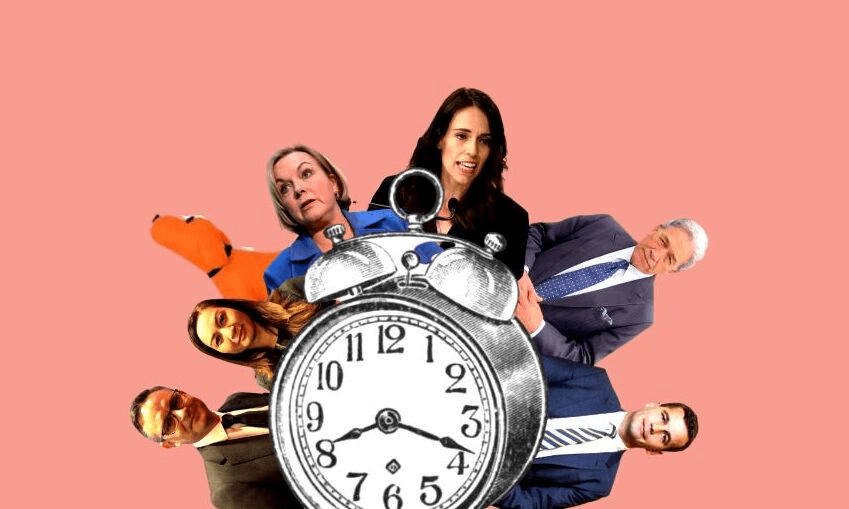 When will we know the election result? Pretty early, probably.

What time will we know the NZ election result – and what about the referendums?

When will we know the election result? Pretty early, probably.

Everything you need to know about the timings for Saturday and beyond.

When will the election result be known?

Polls close at 7pm on Saturday October 17. And we’ll get a pretty good idea of how the parties have done very soon after that.

For the first time, the majority of New Zealand voters have cast their ballots well before “election day” rolls around. The advance vote, as of close of play Wednesday, numbered more than 1.5 million – by Saturday it’s likely seven in 10 voters will have exercised their franchise.

Did you catch The Spinoff’s excellent politics series Youth Wings? Check out the first episode here

Great. So how soon will we know?

This is fascinating, but when will we know the result?

We’ll know the big picture very quickly. Those advance vote numbers will start rolling in soon after 7pm, and in all likelihood we’ll have a pretty wide-angle view by as soon as 7.12pm.

In the last two elections, advance votes have mapped closely on to final results.

At the last election, the results published at 7.12 pm recorded 3% of the vote counted. That’s a big sample.

The numbers will of course wobble around a bit early on, but we’re going to be in a position to make a call on whether the polls were right, and Jacinda Ardern will be the prime minister again, or Judith Collins might have pulled off a big upset, very early. We’ll know, too, which of the Greens, Act, NZ First or other small parties are in line to hit the 5% threshold.

What about the seats that matter?

If we’re looking for edge of the seat action, the Māori Party’s hopes of returning to parliament rest on three seats: Tamaki Makaurau, Te Tai Hauāuru and Waiariki. If they’re close, these seats could run deep into the night, or even on to specials. And Auckland Central, maybe, too.

When will the referendum results be announced?

Where can I see the latest election results?

Right here on this website. We’ll have the latest numbers, updated every 10 seconds. And analysis, and Toby Morris illustrations, and video, it will be a lot of fun.

But is there an official site?

What are the counting targets?

What about the special votes?

The specials are a mix. There are the votes cast abroad. There are votes cast out of electorate (nothing wrong with doing that, perfectly noble). And there are votes cast when you enrol at the same time. This includes advance votes and, for the first time, election day votes – you can now enrol and vote at the same time on Saturday. A blessing for anyone who loves to run the deadline close. But because of the checking required, these will be special votes.

How many special votes can we expect?

Subscribe now to The Bulletin, The Spinoff’s essential digest of the key stories from across New Zealand’s media

Do we need to wait for specials for coalition making?

Last time round, NZ First waited for special votes to come in before negotiating, and fair enough – the Greens and Labour both gained seats, which changed the overall composition of the house.

If the opinion polls are right, the specials will matter chiefly insofar as determining whether Labour needs the Greens to form a government, and by how much – if they’re looking unstable without the Greens, that substantially increases the Greens’ negotiating hand.

Friday November 6. If it’s clear how the house seats will be allocated, coalition negotiations, if required, will begin before then.

Will it be over soon?

Yes. It will be over soon. Sleep now. Sleep.