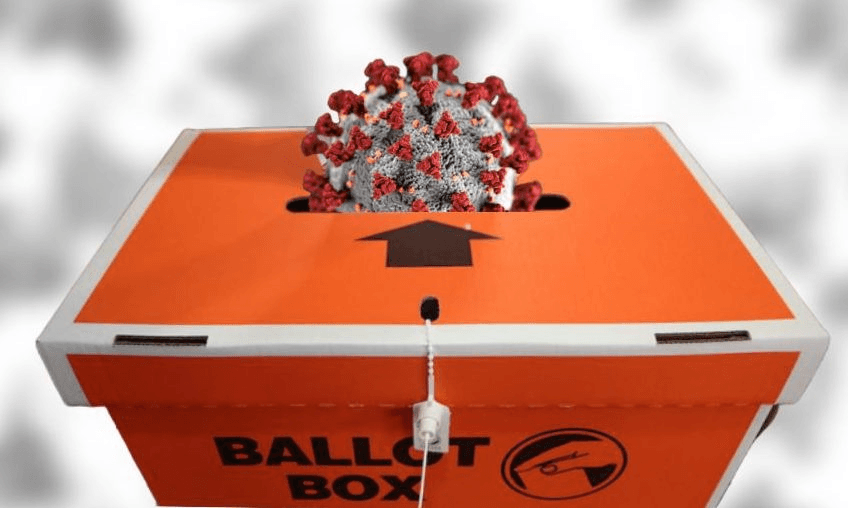 The NZ election is a big event. Could it be delayed in a Covid-19 world?

Andrew Geddis explores the legal issues around a possible postponement to the election date.

There’s a lot we don’t yet know about how Covid-19 will impact us here in Aotearoa New Zealand. But the advice from experts – massive respect, as we used to say back in the day, to Siouxsie Wiles and her fellow Knowledge Banshees – is that we’re facing a long campaign rather than a short engagement.

Eventually, therefore, our minds will turn beyond the immediate “might my kids’ schools close, and for how long?” sort of questions to events lying further down our timelines. And one of the big planned events for 2020 is our general election.

Back at the end of January, Jacinda Ardern announced an election date of September 19, following Parliament’s dissolution on August 12. As a matter of formal law it’s actually the governor general (Dame Patsy Reddy, as I’m sure you all know) who takes the necessary steps to make this happen. But under our constitutional arrangements, the governor general always follows the prime minister’s advice when using these legal powers, so in effect it’s the PM who gets to decide the matter.

Those constitutional arrangements also mean that up until parliament actually gets dissolved, the prime minister simply can advise the governor general to exercise her legal powers to move that event and polling day to a different date. She doesn’t even need a reason for doing so; it’s a purely discretionary decision on her part.

A couple of matters do then constrain her discretion a little. First, as a practical matter, leaving the decision too close to August 12 will make it very hard for the Electoral Commission (which has to put in place all the physical arrangements that actually allow an election to take place) to change course. So, I think that a call on changing the election date in this way really would need to get made in July, at the latest.

Second, if the election date is going to be changed, you’d expect some consultation (and ideally agreement) with the opposition. That’s not legally required – remember it’s entirely the prime minister’s call on what to advise the governor general – but given the issue’s importance and the events surrounding it a consensus decision would be the ideal.

If a decision is made that the election date needs to be pushed back (there’s no way it will be brought forward), some harder-edged restrictions start to apply. Under our Constitution Act 1986, parliament must dissolve on October 12 if it hasn’t been dissolved already. That’s three years to the day after the final results of the 2017 election were officially declared. And once parliament is dissolved, the Electoral Act 1993 has a timetable built into it that dictates a last-possible election date of December 5 (maybe December 12, with some changes made to regulations).

As such, barring legislative change by parliament, the prime minister has to name an election date sometime in this year. And making any changes to that fact will not be easy.

The three-year term of parliament is one of New Zealand’s few “entrenched provisions”, meaning that a 75% majority of all MPs is needed to extend it. So, in effect both Labour and National have to agree to alter the legislative requirement that parliament dissolve by 12 October.

Would National agree to do so, while leaving the current governing arrangements in place? Or, would National demand some sort of “Government of National Unity” arrangement that gives it a place at the cabinet table (as has occurred when New Zealand delayed its elections in war-times past)?

And although the government could use its parliamentary majority to push the election date back changing the timetable in the Electoral Act that applies after parliament dissolves, this would be a completely outrageous move. Not only would it do an end-run around the intent of having an entrenched three-year term, but it would leave the current government in place with no parliament to hold it to account. While governing through a public health crisis of monumental proportions. Which hardly is an ideal arrangement.

There is then yet another possibility. The prime minister might decide to keep the present election date and we get through to August 12 with Covid-19 still largely held at bay. So, parliament is dissolved as planned and everything is put in place for a September 19 polling day.

Then, with the election process in train, the virus begins circulating in the community and makes voting unsafe. What happens then, once the governor general has formally specified a polling day through the election writ (and so can’t change it)?

Well, coincidentally amendments to the Electoral Act came into force just last week that address just such a possibility. (Coincidentally because they had been worked on long before Covid-19 ever was heard of; their immediate genesis were Christchurch’s various tragedies of 2011 and 2019.) These provisions permit the chief electoral officer to stop voting at polling stations due to “an unforeseen or unavoidable disruption”, which includes the issuing of an epidemic notice.

Voting can be put on hold for an initial period of three days, with this suspension able to be successively extended for a week at a time following consultation with the prime minister and the leader of the opposition. And there’s no limit to just how long such a suspension can last; the normal election timetable is suspended while it is in place.

So, if the September 19 date is kept in place, and it then transpires that Covid-19 makes it just too unsafe to have people going to the polling place on that day, the election can be put off until it is safe. And the newly amended law also allows the chief electoral officer to implement “alternative voting processes”, such allowing everyone to upload their ballot electronically as can be done for overseas voters. Or, mobile voting booths could be permitted to bring the vote to people who are self-isolating, rather than require them to visit school halls or supermarkets.

Having written all of this for you to read, I now note that Newsroom’s Sam Schaveda has done some actual journalisming on this topic and reports that Jacinda Ardern has “no plans to change that [election date] at this time”. That hardly surprises me. On the list of “shit that need seeing too”, events way out in mid-September must rank a long way behind “saving people’s lives now” and “keeping the economy from cratering”.

But come around July, it will be something that she and the rest of her governing colleagues may have to do some hard thinking on. And then talk about to Simon Bridges. And then maybe make a very tricky call – depending on what Covid-19 has in store for us all.