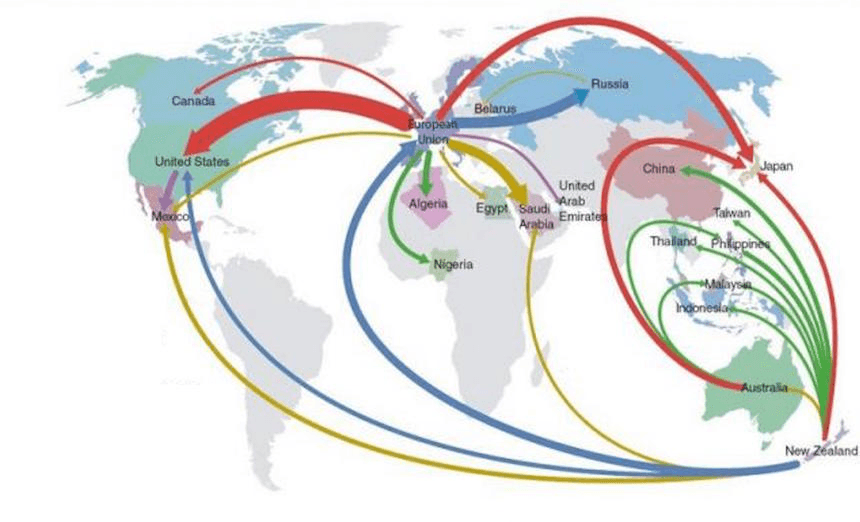 Beyond trade, the TPP is about a new, mega-regional race for power

Opinion: Much of the commentary and analysis on the TPP has focussed on the role of corporate interests. But little attention has been paid to understanding what is driving such deals in broader foreign policy terms, writes Nicholas Ross Smith.

Recent months have seen much impassioned debate around the Trans-Pacific Partnership, the deal signed between 12 countries, including New Zealand, last month in Auckland. But in the heat of argument it is easy to lose sight of some of the wider forces as work. A new phase of international trade is under way, and it is a clue to the changing shape of international relations at large.

Failure to make progress in the marathon Doha round of negotiations has meant the World Trade Organisation’s global trade framework is gradually being supplanted by “mega-regional” trade agreements. Indeed, the TPP is just one of three large mega-regionals currently in negotiation, the others being the China-led Regional Comprehensive Economic Partnership (RCEP), of which New Zealand is a potential member, and the joint EU-US Transatlantic Trade and Investment Partnership (TTIP).

Wider geopolitical forces have paved the way for these mega-regional deals. Over the past decade, the United States, although clearly still the preeminent global power, has experienced decline relative to China and a trailing pack of other emerging powers, led by India. Add in the European Union to this mix – although question marks still remain about its efficiency as an international power – and the crude architecture of a future international system with many strong powers (multipolarity) emerges.

Unlike the steadier one- or two-power systems, multipolar systems tend to be more unstable and prone to great power rivalry. The most recent multipolar system ensued roughly from the end of the Napoleonic era (1815) right up until the end of World War II (1945). This period was characterised by great power rivalries and wars, including, but not limited to: the Crimean War (1853-56), the Franco-Prussian War (1870-1), Russo-Japanese War (1904-5), World War I (1914-8) and, of course, World War II (1939-45).

However, unlike the most recent historical experience of multipolarity, the new emerging multipolar system for at least one crucial reason: it is taking shape at a time of unprecedented global economic interdependence. Foreign policy analyst Giovanni Grevi calls this system “interpolarity” and argues that although more competitive than the currently waning American-led system, “established and emerging powers have a strategic interest in investing in cooperation” – in contrast to previous multipolar systems. In world of interpolarity, having political and economic power is arguably more useful than out-and-out military power, a harsh lesson Russia is learning at the moment.

Consequently, when the TPP and the other mega-regionals are examined in the context of a changing international system, the motivations of the great powers behind these agreements start to become apparent. It would be a mistake to underestimate the role big business plays in the creation and content of these agreements, particularly given how infiltrated modern democratic systems are by interest groups. Nevertheless, for the great powers at the helm of these agreements there is at the same time a clear foreign policy use, particularly as they circumvent the crippled, yet arguably fairer WTO system.

Regarding the TPP, commentator Ian Bremmer argues that the agreement represents an important component of America’s “Asian pivot” as it aims to tie up key economic partners under rules which are favourable to the United States. Certainly, the United States’ hijacking of the TPP process, from initially being outside the negotiations to taking on a leadership role, occurred at a time when China has grown to represent the largest power in Asia and, subsequently, taken up a more proactive role in the Pacific. In making the case for the TPP, President Obama made it explicit, saying, “We can’t let countries like China write the rules of the global economy.”

If the TPP is nothing more than a power-play by the United States, as Bremmer argues, why do other participatory countries, like New Zealand, simply allow it to happen? One reason is incentives. The United States is able to appeal to the strategic calculations of elites in the smaller countries by presenting clear carrots, such as the benefits of greater trade and lower tariffs, and sticks, such as the potential costs of being outside the agreement.

While the geoeconomic dynamics of the Pacific place huge constraints on New Zealand’s foreign policy decision-making, New Zealand does have some recourse in its ability to use smarter forms of power. Firstly, New Zealand’s smallness offers some advantages, particularly as smaller powers are generally seen as non-threatening and can act as “honest-brokers” in negotiations. Secondly, while New Zealand clearly has no real hard power, its soft power capabilities are quite impressive, giving it some capacity to positively influence foreign partners.

This could explain how New Zealand was able to get some interesting concessions in the TPP negotiations, such as gaining some preferential access to dairy and achieving recognition of New Zealand’s Treaty of Waitangi, among others.

In a changing international system, New Zealand’s foreign policy will have to mediate the asymmetrical power relationships it maintains with key partners – while at the same time maximising the smarter forms of power at its disposal in order to achieve the outcomes which, on the whole, benefit New Zealand.