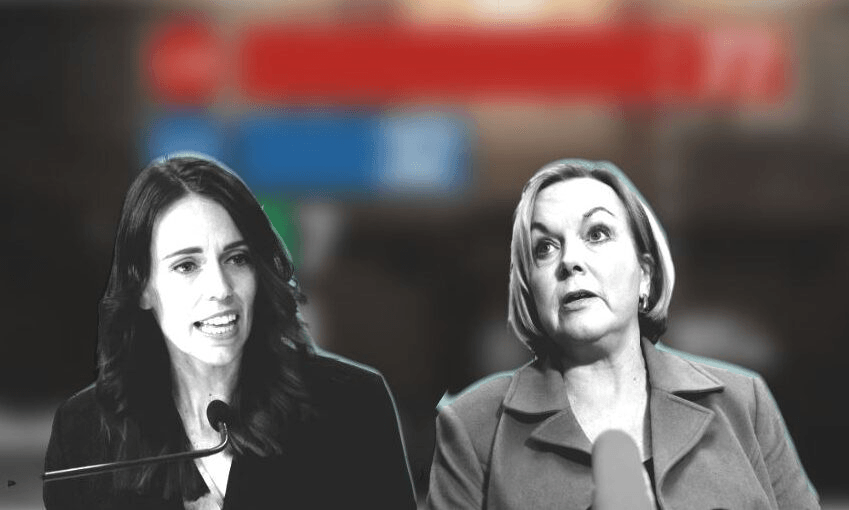 Judith Collins says the poll, which puts Jacinda Ardern’s party over 60%, is a ‘rogue poll’

Judith Collins says the poll, which puts Jacinda Ardern’s party over 60%, is a ‘rogue poll’
Opinion

Tonight’s Newshub-Reid Research poll has Labour on 60.9%, with National tumbling to a new low of 25.5%. But a giant Labour Party, governing alone, could be a nightmare of its own, argues Ben Thomas

A poll is not an ironclad predictor of the future, but a snapshot in time. Newshub’s Reid Research snapshot was taken after the former leader’s almost literal disappearance, amid the resignation of senior well-regarded MPs and the Falloon dirty texting scandal, and largely before ministerial casualty Iain Lees-Galloway. It is the polling equivalent of uploading a Tinder profile photo taken when you’ve woken up in a garbage dumpster.

It’s the party’s worst result since the catastrophic 2002 election, and another huge drop for National from the Todd Muller-led mini-comeback to 38% (in 1 News’s Colmar Brunton poll) which was polled during the government’s tumultuous week of border quarantine shambles, which have now been largely addressed under Megan Woods.

But the polling period also takes in Collins’ first major policy announcement, the ambitious $31 billion (plus or minus some fuzzy costings) transport plan for the upper North Island.

The apparent lack of impact that policy made probably vindicates the political judgment of the government’s decision to shelve, for now, $14 billion of the $20 billion Covid response funding allowed by parliament. The public may have simply become numb to the stratospheric figures being slung about since the lockdown began in March.

There were also strong fiscal and capacity reasons for holding the spending back, of course. But taking this huge potential pork barrel off the table also makes it that much harder for National and Collins to find the circuit breaker they desperately need in this campaign.

As diverting as National’s freefall is, more significantly Labour’s second (non-consecutive) poll of 60% raises the serious possibility that for the first time in the MMP era a single party may be able to govern alone after the election.

This is wretched timing for its only putative coalition partner with its head-above-water, the Greens. At the party’s campaign launch over the weekend co-leaders James Shaw and Marama Davidson unveiled a detailed 52-page policy manifesto for the first time, along with its bottom line-sounding “priorities”.

This was a signal that the Greens have learned from the influence that NZ First has wielded over Labour since installing it in power, in terms of its day-to-day influence on government decision-making. The pre-2017 model was that what the government does during a three-year term was essentially the major partner’s platform, plus specific carve-outs for the minor party negotiated after the election. Peters changed that by making the post-election deal the only fixed point, with everything else up for debate.

So just as the Greens find their spine ready for government, they may again find themselves out in the cold.

Labour’s stratospheric polling even creates problems for Ardern. The Falloon and Walker scandals – like Todd Barclay in 2017 – have focused attention on parties’ vetting of new inexperienced candidates, especially those who emerge as part of a large caucus like National’s this term. If 62 MPs, and governing alone, is a prayer that’s answered, then the potential of 77 MPs risks being a wish granted by a cursed monkey’s paw.

Labour will also need to fill 30 executive spots from its own list. A gigantic caucus isn’t going to accept the Greens and New Zealand First ministerial and executive spots just disappearing, so a Labour majority government would sub out James Shaw, Julie Anne Genter, Jan Logie, Winston Peters and Tracy Martin for – well, who exactly?

Both National and the Greens will look back for encouragement that no party has received more than 50% of the vote under MMP or even first past the post in the modern era. Even when National collapsed to 22% in 2002, Labour barely hit 40%.

However, in that election minor parties gathered a huge share of the vote, with NZ First on 10%, and Act, the Greens and United Future all hitting 6-7%. These numbers for the minnows would be unthinkable now.

Instead of National bleeding votes to alternative opposition parties like 2002, owing to the pandemic and National’s chaotic outflow of MPs for scandal and genuine retirement, Labour has managed to pull centre-right voters from the other side of the political median strip.

Its support above 45% probably remains soft. Collins’ personal ratings in the Newshub poll are much higher than Simon Bridges’ (the opposition leader approximately 6,000 years ago when Newshub conducted its last poll). National will not have given up getting those voters back, as the campaign starts to focus more on policy and post-Covid direction.

But just as with Tinder, it’s hard to start a conversation with centre-right voters if they have already swiped left.

Listen to Ben Thomas, Annabelle Lee-Mather and Toby Manhire on The Spinoff’s politics podcast Gone By Lunchtime weekly to the election here.