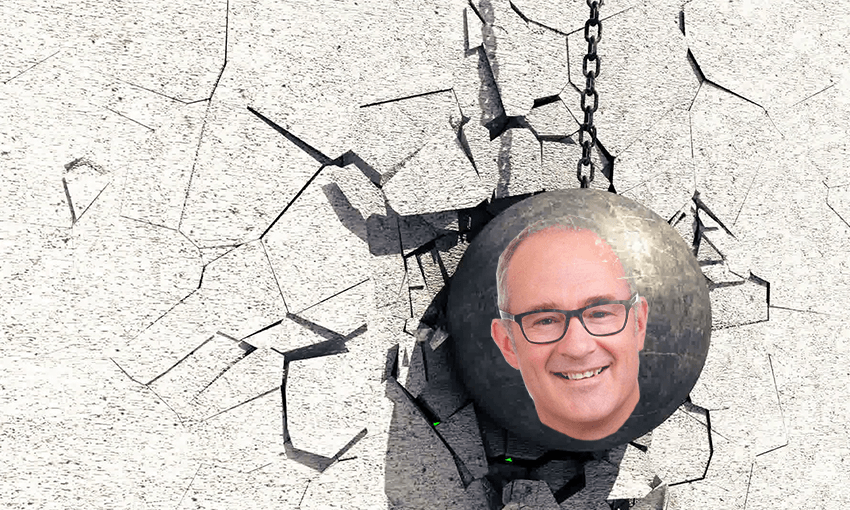 (From the archives) Not a great day for Phil Twyford.

(From the archives) Not a great day for Phil Twyford.

Phil Twyford has avoided an official demotion in the Cabinet reshuffle, but the breakup of the housing portfolio reveals the desperate state of the KiwiBuild programme he oversaw, writes Toby Manhire

In 2014, as John Key set the stage for his third term as prime minister, he announced a reshuffle of his National Party cabinet. “Housing continues to be a key area of focus for the government,” said the prime minister, and as such there would be a new “ministerial team”, with the portfolio split between three senior ministers. Paula Bennett got social housing. Bill English got Housing New Zealand. Nick Smith had been under mounting pressure over a housing crisis which the government obstinately refused to call a housing crisis. He got building and construction, in what seemed like a face-saving consolation prize.

Roll forward five years and here’s Jacinda Ardern, announcing a reshuffle for the second half of her first term as PM. “I am putting in place a team of senior ministers to deliver the full breadth of our housing plan,” she said. The portfolio is to be split between Megan Woods, as Minister of Housing “dedicated to delivering the government’s house building programme” (aka KiwiBuild), Kris Faafoi, who arrives newly in cabinet itself, as associate minister, and Phil Twyford, who will “remain in the housing team and share his extensive knowledge” and “take the lead on urban development”. All of which seems, well, like a face-saving consolation prize.

Splitting the portfolio, said Judith Collins today, “looks like panic”. She could have been describing either the 2014 or 2019 carve-up.

That’s a hefty understatement. Dreamed up in the desperate mists of 2012, the policy has proven a hot mess, from personnel through to PR blunders, to, most of all, non-delivery in the year of delivery. Not only were early targets missed by so many miles that they scrapped them altogether, but of those few houses that have been completed – a piffling 271 – fewer than half, it was reported this morning, have been sold.

It’s true that the Labour-led government inherited a sector in a dreadful state, but it’s been more than bad luck that has befallen them. As far as Twyford is concerned it’s a fine line between making ambitious pledges for transformation to force change through, and going full hubris. For Twyford, to have been shown a relatively respectful way out of the KiwiBuild whare, to hang on to transport and a chunk of housing and pick up economic development and not to have been demoted by so much as a place in the rankings – well, it’s a kind of blessing.

Faafoi’s elevation couldn’t be less surprising – it would probably have been more surprising if it hadn’t happened. (He comes in at 17th in rank; all other rankings remain the same.) It’s deserved, though, with its only shortcoming being that it leaves Cabinet even more male-dominated. Fourteen of the 20 seats are now filled by men – it’s not quite KiwiBuild-level dismal, but Ardern had undertaken to do better than that.

The last government was determined not to acknowledge New Zealand faced a housing crisis. Ardern and Woods have both been at pains to say the words “housing crisis” as often as they can, as if to underscore that it was, and remains, an almighty challenge. Fair enough. But even as the portfolio is sliced up three ways, Woods has the greatest task ahead of her: to show some real and measurable progress so that Labour doesn’t march into election year 2020 with KiwiBuild an albatross around its neck.