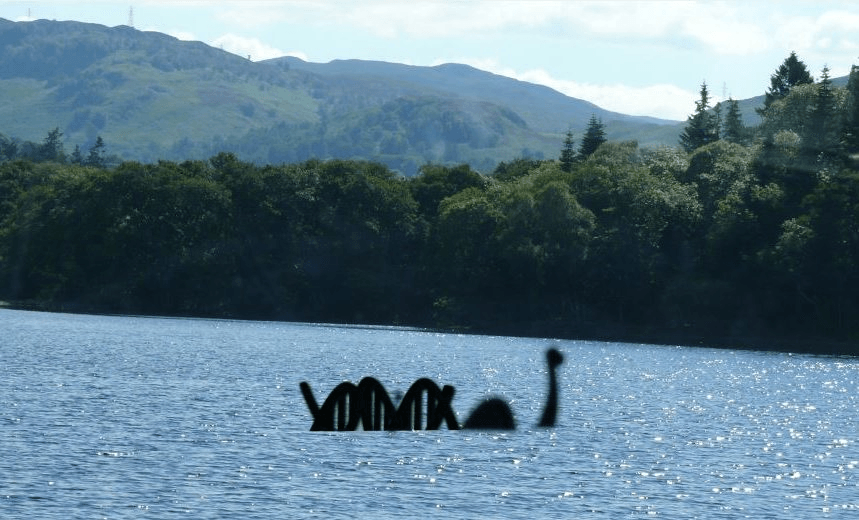 A conversation with the Dunedin scientist who stumbled on a way to talk to people about his work, in spite of sniffy colleagues who think his Nessie study is nonsense.

He found himself thrust into a brief media spotlight last month after news emerged that he was in discussions over heading to Loch Ness to perform environmental DNA tests in pursuit of monster-related findings. We gave him a call to ask about the project, the response, and the accidental lessons in the communication of science.

The Spinoff: Are you off to Scotland imminently then?

Neil Gemmell: No. This is just a proposal, which seems to have gone a bit further than that.

It was a proposal to a guy called Darren Naish, who is a crypto-zoologist. He’s one of those guys that looks behind the biology of these myths, like the Loch Ness monster. It was a very innocent conversation, it was just like, Well, we’re doing this eDNA [Environmental DNA] stuff, which is measuring the DNA that’s in the environment to try and figure out what’s there; has anyone thought about doing that in Loch Ness, to try and test the idea that there is something unusual there? And the answer was, no. And then I said, Maybe we could do it. And we sort of left it there.

That was some months ago, and then got picked up by someone who lives in Scotland who was doing a story for a local paper, and he said, “I see you had some discussions with Darren. Did you take it anywhere?” And I said, no, and explained to him roughly what the proposal was and how we would do it and he wrote a story out of it that’s emerged from there. And now where I’m at is, yes, we’re going to do this. We’re going to explore exactly how we’re going to do it and who I’d like to involve, but I’m still having those conversations.

So the approach, in general terms, is to try and fish out of Loch Ness some environmental DNA?

That’s exactly it. From about a litre or two of water here in Dunedin, we can detect very easily over 150 different species that are present in the inner harbour or the outer harbour. That’s stuff we’re doing already. We’re using a relatively targeted approach. There’s a way to do this which is non-targeted but basically sequences all the DNA that’s present in the sample.

Then you start asking questions about what that is and what it looks like in terms of our understanding of the tree of life. There are lots and lots of tools now, computational tools, available to tease that out.

Our proposal is, effectively, to go to Loch Ness and collect samples, probably across time, and across the loch and at different depths, and see what’s there and compare it to other sites in northern Scotland. Just to try to figure out if there is anything that is unusual about Loch Ness. At the moment we don’t have a great deal of funding for this, but I don’t think it would cost a heck of a lot either. The most expensive thing is going to be people’s time. And the way we may be able to fund this is perhaps through crowd funding. But we’ve also generated recently quite a lot of interest from some notable television and film companies that make pretty good documentaries, so we’re just starting to have those conversations with them now about the prospect of them following us through this process.

There’s another story apart from the story of this project in a way: about how science gets communicated. It must be interesting that there’s all this attention.

From my perspective this is a great way to have a conversation about a real scientific technique and how you can employ that to answer questions that people might be interested in. I don’t believe in the Loch Ness Monster, let’s be quite clear, but this is a very powerful way to communicate with the public about how you set up a hypothesis, how you design an experiment to test that hypothesis, what things you would want to do to make sure that your data have the appropriate level of integrity – how do I verify that the sample I have came from this point that I believe it came from?

That’s about the chain of evidence, that’s something we could explain to people. We could explain to people why it’s important for the analysis to be undertaken on two different sites, blind to each other, so that if one finds something interesting you would hope that the other does, too. We could talk about the need to do this double blind, so that people don’t actually know that they’re handling the Loch Ness sample, because if they know they’re handling a Loch Ness sample they’re going to look harder at that for something that’s different than they will for another sample. So there’s a whole range of things here that I think we can use as really, really good discussion points.

Coming back to the New Zealand context, we can say: hey, we don’t have Nessie out there but if we want to understand the population dynamics of blue cod, in or adjacent to marine reserves, we can do that, we can do that fast and reliably. Or if we want communities such as Kaikoura, which has been devastated by the earthquakes, if they want to monitor resettlement and recruitment back to the areas following the earthquakes, you could potentially do that with eDNA. So to me it’s a really exciting way to try to communicate some very basic science.

And I possibly have been a bit slow to realise how to do this. Maybe I’ve stumbled across it accidentally. We’ve done, I think, some quite cool stuff in the past and we’ve had some media interest, but it’s not attracted the same level of interest as this has.

Maybe some moa hunting next?

Or Fiordland moose, right? Or whatever. I think there’s definitely a place for this in terms of the communication of science and getting the public thinking about science. I went to my young boy’s class the other day, just dropping him off, and all his classmates came around because they’d seen me in the newspaper. And I said to them, “What do you think?” And two girls put up their hands and said, “I think that’s really cool.” So I thought: OK. All right.

But some would say it’s frivolous.

Some of my colleagues have said, oh, this is just a bit silly and you’re diverting attention from important questions – why don’t you tell them about the really cool stuff, not this nonsense? And I said, well, you know, I’ll tell them about whatever people are interested in. And I will try to take the conversation in a direction where I can add a bit of knowledge in and around what we do, attached to the idea of something that people actually give a damn about.

Assuming you complete this work, how would you rate the chances of settling forever the question of the existence or otherwise of Nessie?

If we found anything that looks a bit different, I think that would be world breaking news, right? Even if we found there were DNA traces of something that hadn’t been described in science before, I can see people getting very excited about that. Whether or not it’s a monster – it might be a new species of bacteria – I don’t know. But anything new that we can link to that loch will, I think, be interesting.

If we find nothing, that won’t stop people believing. Because there have been plenty of searches that have found nothing. In the 70s I remember the stories of the trawlers taking sonar, back and forwards across the loch, this huge sweep across the loch, and they didn’t find anything. That would’ve cost hundreds of thousands of pounds back then, and then there’s been submarines, and there’s been this and that and the other thing but I think this could be another tool. If it finds some evidence of something, great. If it doesn’t find anything it’s not going to stop people believing.

There are other people that intelligently point out that even if we take a DNA sample out of the New York subway, there’s a whole heap of sequences there that haven’t been described by science previously, so, you know, we will find something different and unusual and unexpected because that’s the nature of the game at the moment.

We are just starting to do this work. But I think in the fullness of time we can start to build a context – we can certainly test hypotheses about what Nessie could be. So: is it a plesiosaur? Well, I think we’ve probably got a reasonable idea of what we’d expect a plesiosaur DNA sequence to look like. It would be a reptilian of some flavour. It won’t be a bird, and it won’t be a crocodile, and it won’t be a turtle and it won’t be any of the other squamata reptiles and it won’t look like a tuatara, but it should genetically place somewhere at the base of the birds, we would expect. So that’s the sort of conversation we could have.