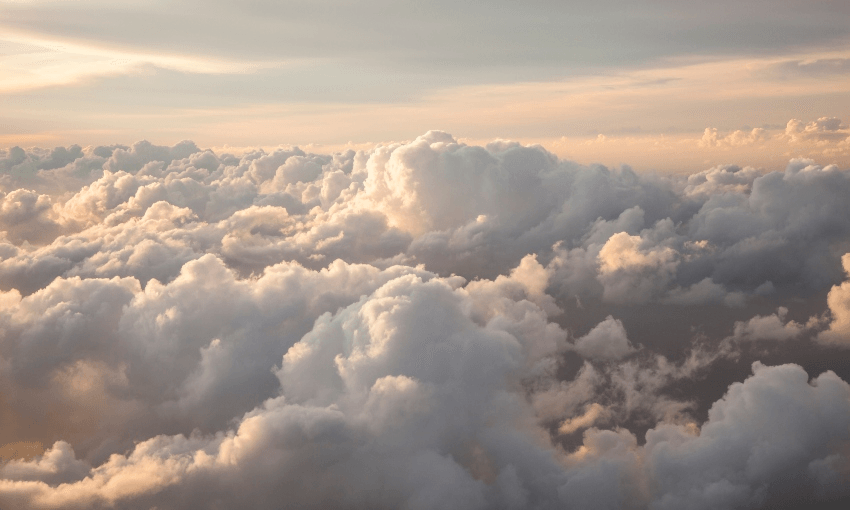 The clouds did not reply to repeated requests for comment. Photo: Getty

Maybe we should be shouting at clouds

The clouds did not reply to repeated requests for comment. Photo: Getty

Clouds. Great for staring at and making pictures out of, potentially bad for climate change. Mirjam Guesgen asks whether clouds are our friends or our foes when it comes to our warming planet.

Clouds can go both ways. They can be a friend to us in our battle against climate change, with fluffy, white clouds reflecting light away from the Earth, helping it stay cool. Or they can be foes, with thick clouds floating high in the atmosphere trapping the planet’s glowing heat and warming it up further.

Understanding whether clouds’ Jeckell or Hyde side is winning out overall has been one of the biggest challenges for climate scientists. But the models included as part of the latest Intergovernmental Panel on Climate Change report on climate change are the best yet when it comes to understanding these misty mysteries.

But – spoiler alert – clouds may just be the bad guys.

“Clouds are difficult and that’s why fundamentally they have been the largest uncertainty in climate models,” says Adrian McDonald, a professor in the School of Physical and Chemical Sciences at the University of Canterbury.

Here’s what he and others are grappling with: Clouds can form at pretty much any level in the atmosphere; they can be made of liquid or frozen droplets or something in between; and their shape, colour and effects on the atmosphere can be influenced by a wealth of factors, including where in the world the clouds are, whether they’re forming over land or sea, or the kinds of particles in the air.

Clouds in our neck of the skies were particularly poorly represented in past climate models.

For one, the models were saying that there were practically no clouds over the southern ocean, when in fact it’s one of the cloudiest spots on the planet. “This was like a sore thumb sticking out,” says Olaf Morgenstern, principal scientist for atmosphere and climate at Niwa. “It was among the biggest issues in terms of clouds anywhere on the planet.”

Part of why clouds seemed to be missing here came down to resolution. Climate models look at areas of about 100km squared. Cloud formation on the other hand happens on the scale of a few millimetres.

“A lot of the important clouds are smaller in scale. They don’t come in regular slabs as we would represent them in the climate model,” says Morgenstern.

Not only were clouds mysteriously absent but, when they did show up in the models, they didn’t look like what researchers saw in real life.  The models thought southern ocean clouds were made of ice, when in fact they’re made of really cold (supercool) liquid.

“The difference between ice and liquid clouds is that ice clouds let sunlight through and allow that sunlight to hit the surface, whereas liquid clouds reflect a lot of that light away,” explains McDonald.

Plus, the clouds in this region hang lower to the surface of the water than predicted, meaning they reflect less light away.

All those issues combined meant cloud estimates from models were way off and that had big flow-on effects for the predictions the models spat out.

The fix was getting better observations of what clouds in the southern ocean were doing, with the help of better radar-based satellites or measurements from boats or planes, and then using these to improve the climate models.

All over the world, models also got better as scientists split clouds up into their different types – fluffy, streaky, patchy – in different areas of the Earth, and then looked at how those might change on a warmer planet.

McDonald and his team used machine learning to look at cloud data from all over the planet, break it up into different cloud types in different areas and check if the models were simulating the right type of cloud in the right place. That made them more confident that the models would be accurate in projecting future scenarios too.

Coming to grips with cumulonimbus and co meant that the latest IPCC report had half as much uncertainty around how clouds work than the previous version. That’s great news for science but bad news for the climate.

The conclusion from the report was that clouds are amplifying the effects of greenhouse gases. So slight changes in carbon dioxide will have a bigger effect on warming thanks to clouds.

So after much data collection and tweaking of models, clouds are looking like the bad guys after all.