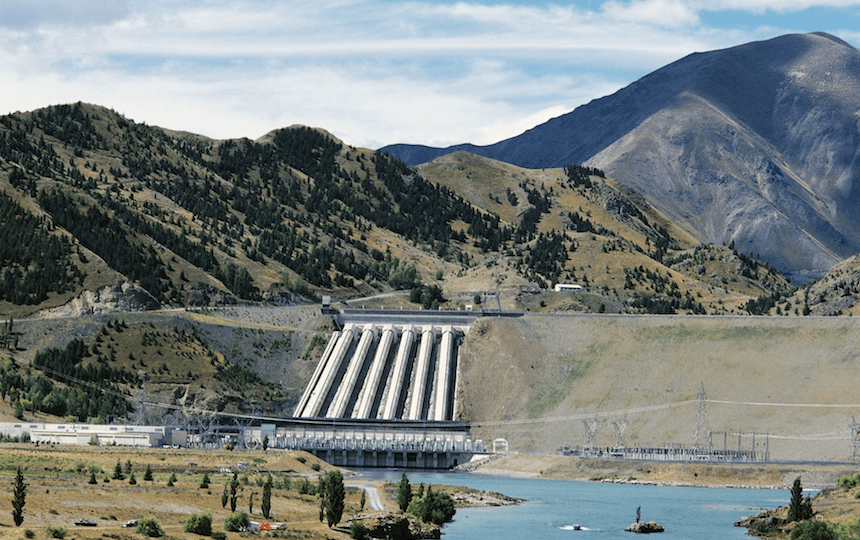 Climate change is the defining challenge of our times. The Spinoff is devoting a week of coverage to the issue, its advocates, complexities, and solutions. Today, The Morgan Foundation’s Paul Young looks at the data and uncovers some dirty secrets about New Zealand’s emissions.

Aotearoa New Zealand – clean and green, principled and progressive. So we like to tell (and sell) ourselves.

Helen Clark’s Labour Government talked about being a leader on climate change and aiming to make New Zealand carbon neutral. Under the current National Government, the line has been that New Zealand won’t lead but will be a “fast follower” and do our “fair share” of global efforts.

How true are any of these words in light of our actual record? The data would suggest ‘not very’.

A tale of two countries

Outgoing Parliamentary Commissioner for the Environment Jan Wright’s final report last month highlighted the stark contrast between the UK and New Zealand. There, net greenhouse gas emissions fell by 38% from 1990 to 2015 (with most of that decrease occurring in the last decade). Here, net emissions grew by 64% in the same time period.

Of course, the UK and New Zealand are different countries, and this needs to be put into wider context. We’ll get to that.

First, let’s look closer at New Zealand’s record. The graph below shows annual emissions by sector (or source) since 1990. Net emissions (the black line) is the sum of all sectors, including carbon emitted or stored by forestry and other land uses. In New Zealand, forestry is an overall ‘carbon sink’. (Spinoff app users – unfortunately infogram is not supported, so please open the site in a browser).

The story can be crudely summarised as follows.

Gross emissions (excluding forestry) grew more or less continuously between 1990 and 2005, then fell from around 2005 to 2010 (the 2008 financial crisis played a role here), and have been slowly creeping up again since. Most of the increase since 1990 is actually from energy and industry – not agriculture.

Meanwhile, New Zealand’s forest carbon sink was roughly steady through the 1990s but has been in gradual decline since, as the rate of new planting dropped and deforestation increased. (The fluctuations around 2008 are the result of landowners bringing forward harvest or deforestation ahead of the introduction of the Emissions Trading Scheme.)

In an interview on the AM Show, Climate Change Minister Paula Bennett implied that the UK’s success in reducing its emissions was largely because they “stopped producing steel there”, making them look better without benefiting the planet.

There’s a kernel of truth there: UK steel production fell by about one-third from 1990 to 2015 (though climate change policies can’t be blamed for that). But the reduction in emissions from that is less than 10 million tonnes of CO2 – a tiny fraction of the total UK-wide reduction of over 300 million tonnes.

The real picture is that the UK’s emissions are down significantly since 1990 in every sector except transport, which they held flat. The graph below shows how New Zealand compares. (You can also change tabs to look at the changes since 2010.)

Where we sit in the world

OK, enough about the UK. How does all this compare with other developed countries?

There are two measures commonly used to compare emissions levels: per capita, and per unit of GDP. New Zealand is one of the most emissions-intensive developed countries by either measure.

Below I have graphed emissions per capita and per unit of GDP for all ‘high-income’ OECD countries in 2015 or the most recent year available. New Zealand ranks fifth worst on a per capita basis, and third worst on a per GDP basis. If we remove agricultural gases from the picture and look only at CO2, New Zealand sits near the middle of the pack (but still above the EU average).

That’s the current snapshot, but the important thing is that all developed countries reduce their emissions over time. How are we faring?

Comparisons are often made from a 1990 base year, as it was around that time the global community came together and committed to take action on emissions. Of the 33 high-income OECD countries, 19 have reduced their gross emissions below 1990 levels (all in Europe). New Zealand’s grew sixth fastest, behind South Korea, Chile, Israel, Australia and Iceland. As we saw above, our net emissions growth was even higher.

A lot has changed since 1990, and I’m more interested in the recent trends. Below I have graphed the changes since 2010 (aiming to avoid the impacts of the GFC).

As you can see, New Zealand is one of a small handful of developed countries whose emissions have grown since 2010. Chile (which only just meets the World Bank’s ‘high-income’ threshold and has low per capita emissions) and Japan (whose emissions increase was due to increased reliance on coal and gas following the Fukushima disaster) can arguably make excuses. South Korea, Canada and New Zealand will struggle to come up with justifications.

The picture gets even worse for New Zealand when we look at net emissions, including changes in forest carbon sinks. There is insufficient data here for Israel, South Korea and Chile, but it is possible that New Zealand has had the highest growth in net emissions in the developed world since 2010.

Some like to point out that New Zealand has a faster rate of population growth than most developed countries, making it harder to reduce emissions. Is this yet another problem we can blame on immigration?

Adjusting for population change makes a little difference (click the ‘Per capita’ tab in the graph above). New Zealand has managed to reduce emissions per person since 2010 – but by less than most countries. We shift ahead of Japan, Portugal and Latvia (all of which have shrinking populations) in the ranking. Meanwhile Australia, Norway and Switzerland all had higher population growth than New Zealand from 2010-2015 but managed to reduce their total emissions.

What about economic growth – are our rising emissions just another unfortunate consequence of New Zealand’s “rockstar economy”?

Again, looking at the change in emissions per unit of GDP doesn’t change the picture much. On this measure, we are ahead of the sluggish or contracting economies of Greece and Spain, but remain well behind the pace. Seven countries had higher GDP growth than New Zealand from 2010-2015, and all reduced their total emissions.

We can’t just blame our high proportion of agricultural emissions for our poor performance either. If we look at changes in CO2 emissions only, New Zealand actually ranks the same as or worse than when we include all greenhouse gases.

Nor can we claim it’s because our electricity is already highly renewable. At least eight of the countries shown have a similar or higher proportion of electricity from low carbon sources when we include nuclear power. With the exception of Canada, all of these countries have reduced their emissions. Notable examples are Sweden and Switzerland, which have had close to 100% of their electricity from non-fossil fuel sources since 1990.

And lastly, we can’t hide behind China and India. Developed countries committed as far back as 1992 at the Rio Earth Summit to take the lead in combating climate change. India’s CO2 emissions per capita are still less than two tonnes. China’s rose rapidly since 2000 to almost as high as New Zealand’s, but there has been a huge shift in direction since 2010. China’s CO2 emissions have actually fallen since 2013, and global emissions have been flat, while New Zealand’s have continued to rise.

The data assembled above shows one thing very clearly: whichever way we choose to look at it, New Zealand is doing very poorly at reducing our emissions.

We are one of the highest emitters per capita and per unit of GDP in the developed world. This should drive us to work harder than others. But we are not – our record in recent years also rates among the worst. Unlike the vast majority of developed countries, our emissions are still going up. Rather than improving our position, we are falling further behind.

We continue to rely on excuses (or myths), rather than look at the real reasons for our poor performance, like our weak and ineffective laws and policies.

I suspect most New Zealanders are unaware of this information, and many will be shocked. If we want to be true to the values we espouse and the stories we tell about our nation, we need to stop kidding ourselves with soothing platitudes, and get to work.