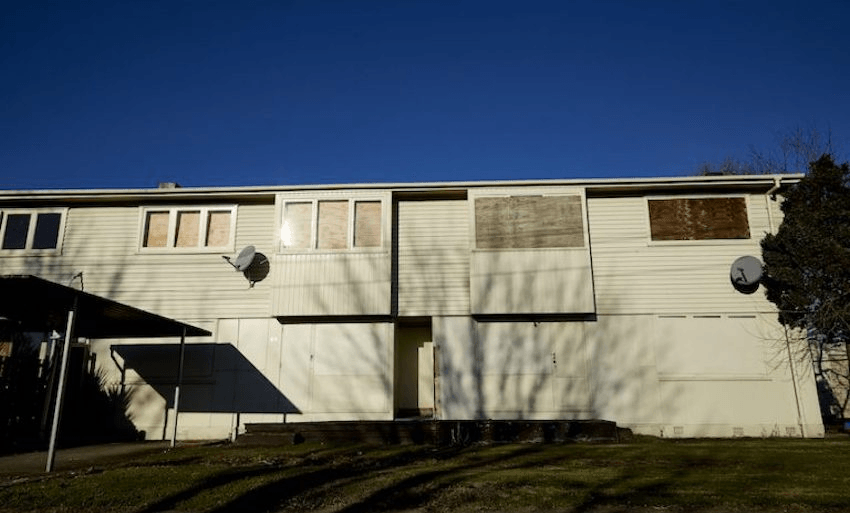 Ashley Bloomfield confirmed this week that many people affected by the current outbreak are living in transitional and emergency housing. Decades of neglect have created the conditions where an infectious disease like Covid can flourish. For the sake of our most vulnerable and the country as a whole, we have to get serious about providing people with the means and the shelter to live with dignity, writes Innes Asher, professor emeritus at the University of Auckland and a spokesperson for the Child Poverty Action Group.

Highly infectious diseases thrive in substandard living conditions. It was true in the 19th century, and as Covid-19 stubbornly continues to spread through the community in our biggest city, it is true here and now.

An adequate standard of living has never been available for everyone in Aotearoa. A Māori Women’s Welfare League survey in 1952 reported that poverty, overcrowding, damp and unaffordable rental housing were key issues in Auckland. Seven decades on, the same is true.

In the middle of the last century there were not enough state houses to meet the need. Until the late 1940s, Māori had been excluded from state housing. Due to sound government policies being put in place from the 50s to the mid-1980s things improved a lot, with proportionately more state houses, better incomes and the family benefit. It was a period of greater stability in people’s lives – having enough and reaching your potential was more likely to be achievable, although less likely for Māori than Pākehā.

Fast forward to September 2021 and we see the results of three decades of neglectful policy: fewer state houses to meet increasing need. At the same time, large numbers of people in private rentals face unaffordable rents and insecure tenancies. The overall impact of current government policy is increasing the need for emergency housing, with more people homeless.

A low-wage economy leaves increasing numbers of people in paid work struggling, or failing, to make ends meet. It is even harder for those striving to live on inadequate benefits. The result is many leading desperate lives. Eyebrows no longer rise in surprise when we read about people, more commonly with disabled family members, living in garages or unsafe emergency accommodation, or young people dying from rheumatic fever. To our shame, it has become familiar.

The Working for Families package is meant to be the primary source of income support for children in low-income families. However when parents receive benefits they are denied a crucial payment for their children ($72.50 per week or more for larger families). This stark discrimination in favour of children of parents who were not on any benefit was introduced in 1996 and remains. New Zealand is an outlier among similar countries; in Australia for example, children’s income support is not tied to parents’ source of income.

It is a tragic indicator that food banks provided by charities – some subsidised by the government – are now a routine feature in our country. This is a result of decades of market-driven policies that prohibit many families from receiving adequate incomes to cover basic needs (including housing, power, transport, shoes, doctors’ visits, and nutritious food); let alone enough to pay for school uniforms, sports gear and school trips. It doesn’t have to be this way.

Is it any wonder that delta should prove so difficult to eliminate among people left struggling to survive? Lack of online access to news and information as well as language barriers for many, mean public health messages may not be seen by people who are already feeling isolated from their community. For others, dire living conditions can bring on anxiety as well as mistrust of the government brought about by years of bitter experience. Who can blame people on the margins if they prioritise finding access to food supplies for hungry children ahead of finding a way to get to a Covid centre for testing or vaccination?

Overcrowding and temporary housing make social distancing at home difficult. Aaron Hendry, who works with homeless youth, puts it this way: “If we treated housing as a human right, we wouldn’t be in this situation. Blaming whānau living in third world conditions, with shared facilities and unable to isolate misses the bigger issue that is contributing to this problem.”

Since delta hit us, politicians have been asked what they will do to help people in severe need. In particular, how is the government able to support those on low fixed incomes who face unexpected lockdown bills including increased heating, cooking, water and internet costs, as well as rising grocery prices? There has been no satisfactory answer, beyond minimal support to food banks. Instead we watch that need grow.

There is so much that could be done. It is particularly difficult to understand why the Covid-related benefit increase and doubled winter energy payment of the 2020 lockdowns were not offered this time. Carmel Sepuloni, the minister of social development, when asked about alleviating immediate hardship at the social services select committee on August 25, more than a week into the lockdown, said: “it’s really a watch-this-space situation at the moment”. A week later, the deputy prime minister, Grant Robertson, said: “we continue to monitor the impact of this outbreak on our low-income households and we will respond accordingly.”

Delta will not be eliminated by watching severe need grow. Isn’t it time to respond and address these urgent needs today?

On September 21, the minister for children, Kelvin Davis, said: “This government’s vision [for the welfare system] is to ensure that people have an adequate income and standard of living, are treated with and can live in dignity and are able to participate meaningfully in their communities.”

That’s a great vision. So let’s just do it! The immediate solution is to actively improve living conditions for those in poverty. All low incomes need to be increased. A living wage for those in paid work, and implement the full increases in incomes urgently recommended by the government’s Welfare Expert Advisory Group nearly three years ago. Further increases in benefits now, and increases in Working for Families tax credits (properly indexed) making them available in full to all children in low-income families.

Fixes for the increasing levels of homelessness and housing-related distress in New Zealand may not be quick, but bold meaningful change needs to start now so tangible progress can come soon. The state housing building programme must be accelerated to build 5,000 extra homes per year. Rapidly increase medium-term accommodation for those waiting for secure long-term housing, especially for young people. Regulate rents to stop excessive increases and increase security of rental tenure. The fuelling of property price inflation needs to be stopped by housing taxation as outlined in the Fair Economic Return policy and further controls on bank lending.

Delta wants to thrive here, but we would rather that our tamariki and rangatahi did.

Innes Asher FRACP ONZM is Professor Emeritus in the Department of Paediatrics: Child and Youth Health, University of Auckland, was a member of the Welfare Expert Advisory Group, and is a spokesperson for the Child Poverty Action Group