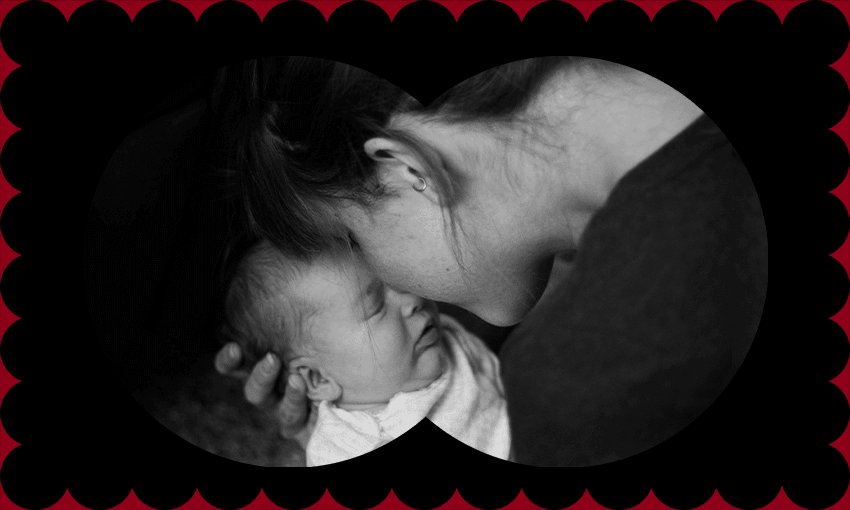 Mothers are being sidelined in the conversation about maternal mental illness

Over and over, potential effects on children is foregrounded while the actual welfare of the person who’s sick is all but ignored.

This is an edited version of a post first published on the author’s newsletter, Emily Writes Weekly. It discusses suicide; please take care.

Over the weekend an excellent report on perinatal mental health was released by the Helen Clark Foundation. Āhurutia Te Rito | It Takes a Village takes up the challenge of a report released last year that revealed suicide was the leading cause of death during pregnancy and the postnatal period in Aotearoa. Wāhine Māori were three times more likely than non-Māori to die by suicide.

I’ve been writing about the maternal suicide rate for six years. For six years I’ve seen reports come and go and people say “not one more mum” and “this has to stop”. It never does. Nothing seems to change.

As Holly Walker, who authored the Āhurutia Te Rito report, says: “Our maternal suicide rate is seven times that of the UK, but there are no other statistically significant differences between the two countries in terms of maternal mortality. This suggests there is considerable scope for improved intervention.”

It can get better. So why doesn’t it?

I am convinced that the reason why it never changes for the better is because the things we know would actually help mothers and birthing people with perinatal depression and anxiety are put in the too-hard basket. The government, ministry managers and health professionals all set the narrative – one that keeps the focus on the individual, not the system.

Take for example the comments by a DHB psychiatrist on a current affairs show over the weekend.

After being introduced as being on the “frontline”, dealing with seriously ill mothers, the psychiatrist immediately de-centred the mother from the conversation, telling the interviewer she likes to call maternal mental health services “perinatal health services”. I support the use of the term perinatal over maternal because not all birthing people are women, but I find it interesting that in this case the term was used to shift the focus to babies and partners, mostly cis men.

“I think it’s really important to make the point that not all women who experience mental illness or have drug and alcohol problems are poor parents,” she said. From then on, the conversation became about how a baby is affected by their mother’s distress in pregnancy.

These quotes are taken from the article that ran on online about the interview, titled ‘Perinatal distress can affect children and non-birthing parents – psychiatrist’.

“The long-term impact of depression and anxiety in parents means there are a lot more behaviour problems when the children are toddlers and it can impact a child’s language and school readiness.”

“[Perinatal depression] can also cause depression when the child is a teenager, so it is important to notice the warning signs and intervene early.”

The topic remains taboo, the report said – ironically just after claiming depressed mothers are likely irreparably damaging their children. Gee, I wonder why mums don’t talk about their mental health? Where could the stigma come from? Why would people consider it taboo? It’s a complete mystery.

I felt sick watching the interview. I felt sick reading the article. And I shared on Instagram why. Overnight I had hundreds of messages from mums. Some had healed, others were still fighting to be alive.

Almost all of them talked about the pain that health professionals cause when they de-centre mothers and blame them for the effects of their disease on their children.

When I was very sick in pregnancy, every article that said “your baby can feel your stress from the womb” or “having depression means your child will have attachment issues” made me feel like my child would be better off without me.

I hunted down the reports later, when I was in a better space, and was astounded to see how over-egged they’d been. But back then I believed it all. Hook, line and sinker.

I was the problem. I was the one making my baby sick.

The way this topic was covered on that current affairs show – how it’s almost always covered – does exactly that. It talks about mothers as if they’re not watching, not listening. It speaks over them. It shames them. It blames them.

I want to share some of the comments I was sent after sharing the interview. This is the message mums are getting:

“When I saw that interview I just thought, it’s too late. I’ve destroyed my baby already”.

“I’ve suffered with depression since I can remember. Sometimes my kids are the only things that keep me here and moving forward. If I’ve already irreparably fucked them up, what’s the point in trying?”

“I still remember being horrifically depressed as a young single pregnant woman, dealing with stalking and abuse from my ex-partner, and being told SO MANY TIMES…that I needed to ‘relax’ because my emotions would negatively affect my baby. Not only did it make me feel even worse, and already like I was a terrible mother before my baby was even born, but it really cemented the fact that now that I was pregnant I didn’t matter any more. I was just a vessel for a baby. I didn’t exist as a person any more and was completely worthless outside of my ability to grow a baby”.

These are the stories I hear every day.

For so long, those of us who work supporting mums have been saying the same things. Things that are all through this new report: We need social housing prioritised for our mums. We have to urgently prioritise wāhine Māori in suicide prevention efforts. We need engaged midwives who aren’t burning out because they’re treated so poorly – because they’re the ones who can spot antenatal depression or anxiety or PND as it’s starting. We need ACC to cover birth injuries and birth trauma.

One recommendation from the new report is this: “Provide fast access to affordable, culturally appropriate therapeutic support to parents with early signs of distress, and guarantee immediate access to best practice specialist help if they become unwell.”

Can you imagine if we had that?

Can we all also see now why the focus is on the individual and how much they’re hurting their whole family instead of on the system itself? If we keep moving the conversation to mums and how they’re damaging their babies and their partners, we don’t have to get to the real shit.

The report says what so many in the system don’t want to talk about:

“At the societal level, the stressors that drive perinatal distress are structural and systemic, and tend to be the same things that drive wider forms of disadvantage. These include: poverty, racism, gender disadvantage, food insecurity, gender-based violence, poor housing, limited education, and weak social networks”.

They involve all of us working together. They involve an actual government response, they involve accountability from DHBs and the Ministry of Health.

It shouldn’t be a surprise that the way to help our most isolated and vulnerable mums is to come together and all carry the burden that they are so often forced to carry alone.

I was interviewed about this report and I was asked: What would you say to a mum who was suffering?

I would of course tell her she is loved and I would try to help her. But I said I wanted to turn that question around:

Everyone has messages for The Mum. I want to give a message to everyone else: the friend of The Mum, the colleague of The Mum, the neighbour, the brother, the cousin, the grandmother, the parent of The Mum… God, the health professional who keeps talking over her!

You need to show up and fight for her life.

She is fighting. She is tired. She is doing her best.

Are you fighting for her?

Are you doing your best for her?

Are you going to fight for systemic change for all?

Today, will you walk with the mum who is struggling?

Today, as a health professional, will you consider how your words will impact mothers?

Today, will you look at the way you talk about mental illness and ask yourself: How does this feel to someone who is trying to stay alive?

Will you make this fight your fight too?

What will you do?