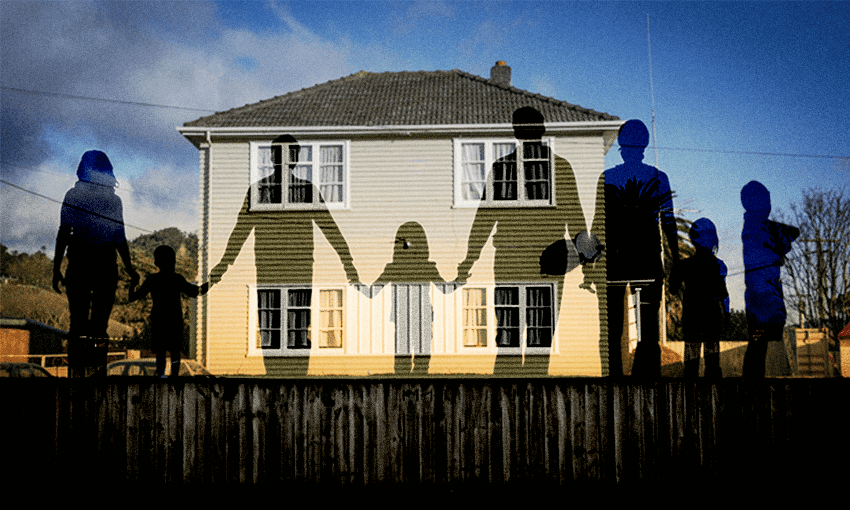 Life in transition: What it’s like waiting for a state house

There are currently 5090 families living in transitional housing as they wait for a permanent spot to come up. Justin Latif spoke to one of them.

Catching delta at the beginning of last year’s outbreak was tough for George* and his family.

The family of eight had to move into MIQ and tough out a month of isolation as they recovered from debilitating symptoms, made worse given they weren’t yet fully vaccinated when the virus hit.

But George says the stress of that time was really only the beginning of a six month period of incredible disruption that almost made them homeless, as well as feeling hopeless about ever finding a permanent home.

Shortly after coming out of MIQ, they were offered a transitional home as their existing state house wasn’t considered suitable for their recovery process. “Our house in Ōtara couldn’t really fit us,” says George. “It was really old, rundown, mouldy, and for about three months before we moved out, the toilet pipes were leaking into the backyard, so we couldn’t really go outside.”

They accepted the new housing offer and moved out just a week later. The new four-bedroom home was much more spacious, virtually brand-new and closer to work and parks.

But this decision soon proved to be the cause of major regret for George.

A staff member from a social service agency supporting families coming out of MIQ told George and his family they could be first in line to get this brand new transitional house as their permanent home.

Hearing this, George decided to tell Kāinga Ora they no longer needed their old home, not realising it wasn’t confirmed they would secure this new house.

And unfortunately, three months after moving in, they were told it was needed for another family and they would need to move on.

Thankfully, they were able to secure another place in January through a community housing provider, but this time it was made clear it was to be only temporary and they would need to find a private rental. George says despite their housing situation being thrown into disarray, they have made every effort to secure a place.

“Since we’ve been here, we’ve been applying for about four to five a month. But we always get the door shut on us, and the answer is always the same: ‘we’re not going to be able to fit you guys’.”

George says it’s incredibly frustrating knowing they could still have a permanent home if they had just stayed with their Kāinga Ora house in Ōtara, leaky pipes and all.

“It’s just so stressful,” he says. “Before our last viewing, a young couple with a smaller family came out and then we came along with our six kids, and they’re like, ‘we’ll let you know’. But you already know what the answer will be.”

George has been the manager at his current workplace for the last four years, and despite being prepared to pay up to $900 a week in rent, landlords are not keen to take on such a large family. And George, who grew up and works in Māngere, is also frustrated that despite Kāinga Ora’s promise to build 10,000 affordable houses in his area, he probably won’t ever be able to access them.

“I’ve heard about it, but when you look at the prices, it’s not affordable when you consider living costs and what most people in Māngere earn. Five hundred to $600K is probably our limit and you can’t expect us to pay $900K, when there are hardly any jobs around here that pay at an amount that could help us afford that.”

Monte Cecilia Housing Trust is South Auckland’s largest community housing provider, supporting families with its 247 transitional homes, while another 400 families sit on their waiting list. Its chief executive Bernie Smith says his organisation doesn’t push anyone out of housing, but they do ask clients to try and find a private rental – given there are only limited numbers of state houses becoming available. “The reality is there’s nothing out there that’s affordable,” he says. “And for Māori and Pacific families in particular, they are discriminated against because of the size of their families, and sometimes it’s just because of the colour of their skin – and the landlords use the numbers as an excuse to justify not taking them.”

One of the unspoken challenges facing large families in transitional housing, but particularly those in motels, is that they often don’t have the food storage space to fit their needs.

“If you’re in a motel, you don’t even get a basic standalone fridge, and so families are being forced to only buy enough to eat within two to three days, which makes the cost of living so much higher for them.”

Smith says one solution would be for the government to reinstate its “redirect” policy, where subsidies are provided to private landlords to rent out properties for those on the social housing register.

“A lot of these families are not only working families, but they were in a market-rent property and they are now having to move out due to the cost of living going up.”

And his greatest concern is the generation of children growing up in such disruptive, unstable environments.

“Fifty percent of the children in our houses are under seven,” he says. “They are in their formative years and they are living in a situation which is temporary, so who knows if they’ll be able to reconnect with friends and a school when they finally get that permanent place – as we know how hard children find it to make those connections.”

For George it’s quite simple.

“I just want a place my kids can call home,” he says.

“I’ll move anywhere as I just want my kids to know that their father and mother did the best they could to get a roof over their head – a permanent roof, not one that’s changing every three months.”

*Not his real name.