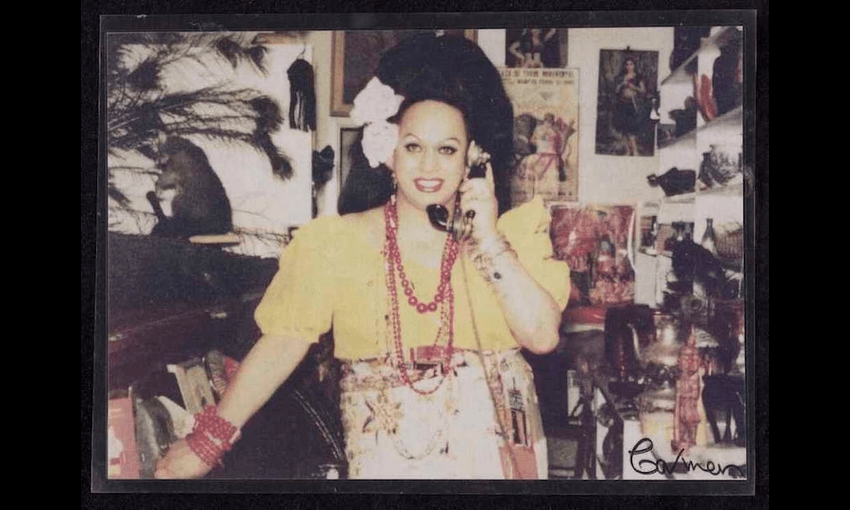 Heritage New Zealand’s new Rainbow List project is dedicated to recognising the places that tell the stories of our queer history – and you can help, writes heritage adviser Kerryn Pollock.

“Gay” mostly comes up in the context of its earlier meaning of light-hearted and cheerful. For all I know the Featherston Military Training Camp may have been a hotbed of queer activity, but it is the grounds of the hospital that were “made gay and methodical by the laying out of gardens of flowers, and even vegetables” during the First World War. Cargill’s Monument was portrayed in 1865 as “a trumpery insubstantial-looking thing…. Dunedin is a sufficiently queer city without barley-sugar ornament of this description”. Nice one Dunedin. And in 1953 the vicar of the Anglican Church of St Bartholomew’s in Kaiapoi intriguingly described his church as a “queer little inverted V”, but I think he was probably just referring to its architecture. As for “takatāpui’, we are currently on a hiding to nothing, which I doubt will surprise anyone. When researching queer history, it’s never a simple matter of just plugging keywords into search engines. Type “lesbian” into the wonderful PapersPast and prepare to wade through many newspaper reports of the British steamer Lesbian’s sinking in 1917 and optical character recognition errors like “Russian”, “Less Than”, “Salesman” and “Hessian”, before you get to the fabulous queer icon Freda Stark in the mid 1930s.

A heritage-listed place whose entry was silent until recently on its queer significance is the prosaically named Commercial/Retail Building at 288 Cuba Street in Wellington. Built in 1891, it is a pretty standard commercial and residential timber building with some pleasant architectural detailing. The listing said nothing about the building’s most well-known and historically significant tenant: transgender diva Carmen Rupe.

Carmen had a life-long love of curiosities and ran a shop from this building called Carmen’s Curios in the early 1970s. To her the building was a “fascinating old house…and such an attractive building which I considered completely ideal for my type of curio outlet”. Carmen had a considerable impact on the cultural life of Wellington and is an outstanding figure in Aotearoa New Zealand’s queer and civil rights history, but most of the Wellington buildings associated with her have been demolished, including her famous coffee lounge. The building that once housed Carmen’s strip club The Balcony was levelled in 1989 to make way for the Athfield Architects-designed postmodern Wellington Central Library, which was heritage listed in 2020. The most recent place to go was her brothel in the suburb of Hataitai, named “The Cottage” (is this a double entendre?).

Carmen wasn’t the quiet type – she appeared topless at the Trentham Races in 1975 after being found guilty of breaching parliamentary privilege by saying on TV that some MPs were homosexual and bisexual – yet her tenure of 288 Cuba Street is not recorded in the obvious historical records. It is only by reading her autobiography, perusing the photograph collection she donated to the Alexander Turnbull Library, and going on one of Walk Tours NZ’s rainbow-themed walks in Wellington that this comes to light. Thanks to HNZPT’s new Rainbow List Project, which aims to improve the diversity of our heritage list by recognising places of significance to our LGBTTQFI+ communities, Carmen’s connection to the building is now described in the list entry and part of its heritage value is rightly recognised as flowing from this association.

So, where are the rest of the queers in our heritage list? Which places tell the stories of same-sex desires and relationships, queer communities, and political activism? While te ao Māori was historically accepting of diverse sexualities, as represented in stories about tīpuna, in waiata and whakairo, the colonial-era criminalising of homosexuality is not conducive to good representation of queer lives and groups in the historical record. National and local heritage lists reflect the power structures and dominant preoccupations of society at large and are influenced by which groups are willing and able to tell their stories and have them listened to. Changing this requires intervention and that’s where the Rainbow List Project comes in. We can remedy some of the silences on our own but is critical that we go outside our own organisation to learn about places of importance to queer communities.

To take The Rainbow List Project to the next level, we want to hear about places that tell the stories of queer lives and which are important to community members throughout Aotearoa New Zealand. They could be associated with queer lives of the distant or recent past, places that are known about through research, stories handed down through generations, or through lived experience. Because heritage is place-based, we need to tie these stories to the likes of buildings, monuments, structures, streets and landscapes.

Which places do you think should be recognised for their queer significance? What aspects of queer history can be recorded through a history of place? Which individuals and groups within the multi-faceted queer community are important to you and that you think should be represented on the national heritage list? Sashay over to our website or send us an email with your suggestions.