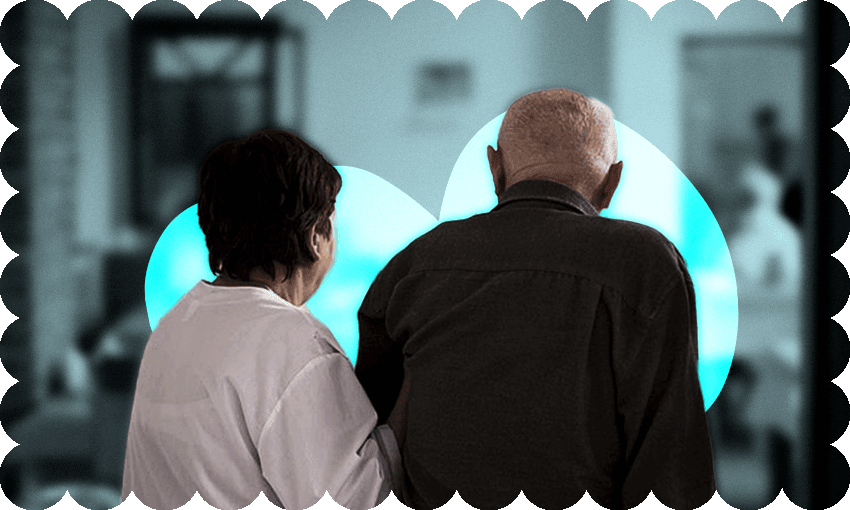 Only 17% of New Zealanders have an enduring power of attorney in place (Photo: Getty Images; additional design: Archi Banal)

Only 17% of New Zealanders have an enduring power of attorney in place (Photo: Getty Images; additional design: Archi Banal)

Dementia cases are expected to double by 2050, yet very few New Zealanders have a plan should the time come when they can no longer manage their affairs.

For over a decade, Robin Wilson has supported loved ones living with dementia. As her mother’s power of attorney, the workplace wellness specialist was legally responsible for looking after her mum’s finances from 2010 until her death in 2017. Everyday tasks, like paying the bills or arranging rest home care, were made easier as she could show proof of the arrangement and make those decisions. It was a role Wilson and her family had planned for well before they received their mother’s dementia diagnosis. Since 2014, she has also helped support her husband and his sister as they manage the affairs of their own mother who lives with dementia. Should something happen to them, Wilson will succeed the pair as her mother-in-law’s attorney.

You don’t have to live with a cognitive disorder to be forced to consider your future – an accident or serious illness can also leave people mentally incapable of managing their affairs. Yet it’s estimated that only 17% of New Zealanders have an enduring power of attorney (EPA), based on data from Public Trust. EPAs are crucial legal documents authorising someone to make decisions on another’s behalf about their finances and/or welfare. The responsibility is triggered when loved ones are deemed “mentally incapable” or not entirely competent to manage their affairs. Typically, people turn to those they most trust to fulfil the role, such as spouses and partners, children, siblings and close friends, but solicitors, accountants and trustee companies are other alternatives, especially if family members can’t act impartially or may be swayed by other relatives.

Dementia, which an estimated 70,000 New Zealanders live with, may be one reason why a person eventually lacks capacity. Dementia is an umbrella term for symptoms associated with cognitive function that progressively deteriorates over time and is severe enough to interfere with daily life – think frequent loss of memory, difficulty concentrating, reasoning and perceiving, disorientation with time and place and changes in mood, behaviour and personality. The most common form of dementia is Alzheimer’s disease, which about two-thirds of people living with dementia have. There is no cure for dementia, and treatment via medication and lifestyle changes focuses more on slowing down symptoms or preventing their onset. People over 65 are typically most at risk, but early-onset dementia can affect people as young as 45.

Forgetting where you put your car keys is normal. But forgetting where you are while driving on a motorway at 100km/h, and becoming frustrated at your disorientation, might suggest something more serious. That loss of memory is something Glenys Talivai, the chief executive of Public Trust, is going through with her 75-year-old father, who tried to renew his driver’s licence recently but failed the memory test. “For him, that was ‘one day I could drive, the next day I couldn’t and I now have a cognitive disease because that led to a diagnosis’,” she says. “It can happen quite quickly.”

By 2050, almost 170,000 New Zealanders, or nearly 3% of the population, are expected to be living with dementia – more than double the current number, according to Auckland University’s “Dementia Economic Impact Report 2020”. The number of Pākehā with dementia is expected to double, and cases among Māori, Pasifika and Asian-New Zealanders are forecast to triple. Already the disorder costs Aotearoa nearly $2.5b, including health and social care expenses, and unpaid care provided mostly by whānau. The bill will nearly top $6b by the middle of the century.

The value of EPAs and other life-planning documents like wills is the kind of thing most people don’t think about, “until all of a sudden I realise I need them, and I don’t have them”, says Talivai. “It is about looking into the future and thinking about ‘what would I want to have happened?’” Without EPAs in place, family members must turn to the Family Court for authorisation, a process that costs more money and adds stress to an already heightened situation.

Death, money and the future aren’t topics people like to talk about, Wilson says, even though “none of us is getting out of here alive”. Being an attorney isn’t for the light-hearted either. The wellness specialist remembers having difficult discussions with her sister, who was their mother’s welfare attorney, around the time her mother became really unwell. “We certainly knew that Mum didn’t want to be resuscitated – she was really clear about that… Where do you draw that line also around medication, withholding something when somebody’s in their last stages?” she says. “They’re big decisions.”

These kinds of decisions – can Dad make the call to place Mum in care if and when looking after her gets too much? Which of my children has my best interests at heart? What will happen if my whānau can’t agree? – are what Katrina Simmonds, a community liaison officer for Dementia Hawkes Bay, encourages people to consider now. In her experience supporting people living with dementia and their families, spouses and partners usually have each other as their EPAs – a sensible decision when they are in their 40s to 60s. But as parents age, their adult children might be better placed to take on the responsibility, given they have more time on their side, she says.

The charitable trust’s goal is to support, guide and educate people about living well with dementia. “It’s the disease that changes your person, it’s not them suddenly becoming a pain in the neck,” Simmonds says. “They’re not able to understand what you’re saying.” When discussions are had early and people are nominated, whānau can know “in their heart” the decision was made when their loved one was well. “If you do it early enough, that’s their wish and that’s who they chose to speak for them. That’s the right thing to do.”