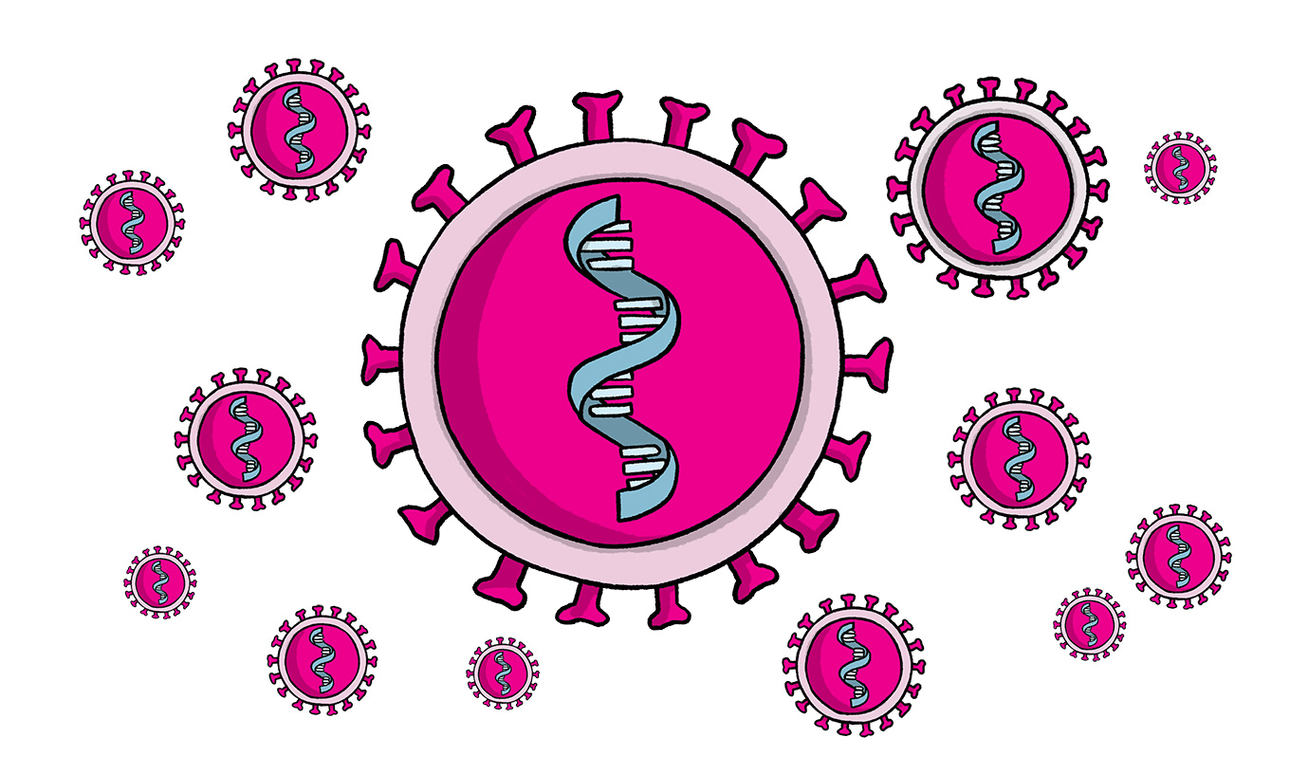 Siouxsie Wiles & Toby Morris: What we don’t know about Covid-19

We’re beginning to solve a crucial part of the puzzle: just when, and for how long, are people infectious?

I’ve pointed this out before, but it’s worth repeating. With Covid-19 we are trying to understand a virus and disease we’ve never encountered before. That means there are many gaps in our knowledge. All around the world, however, people from different fields of study are trying to fill in as many of those gaps as they can. They are also making their results available at a phenomenal speed.

What the world is witnessing is fundamental and applied medical research on steroids. As a result, we are being deluged by a tsunami of data that often looks messy and confusing. Among it all there will inevitably be false starts and wrong turns. From the outside, it probably looks at times like the “facts” are changing from one day to the next. What is happening is our understanding is evolving and changing as new information arrives. As it should.

Think of it like trying to do a jigsaw puzzle without an image of the completed picture. Some parts of the puzzle will be easier to complete than others. And you’ll think the image is clear from the parts you’ve done, but then you fit another piece and it changes. And countless people are working on the puzzle at the same time, trying to learn from one another, against the clock.

So what is the jigsaw puzzle currently showing us? Well, it’s allowed us to build a rough picture of how the amounts of virus change during an infection, as well as how our body responds. These have allowed the development of crucial diagnostic tests.

What do we still not know about the virus?

What I find incredible is that in just a few months we’ve gone from knowing nothing about Covid-19 and the virus responsible, SARS-CoV-2, to actual clinical trials of potential treatments and vaccines. But there is still so much we don’t know. Like precisely how this disease impacts everyone who gets it. Or what the long-term consequences of having had it will be, even for those who just have a mild infection. We also don’t know if people will develop lasting immunity.

There are also still many questions around how the virus spreads from person to person, when people are infectious, and just how infectious they are. At first it looked like people were only infectious when they had symptoms. But as more and more of the jigsaw pieces have come together, it’s turned out to be so much more complicated than that.

An important part of the puzzle has been the growing evidence that people are infectious for a few days before they start showing symptoms. Rather than describing people like this as asymptomatic – that is people who don’t have any symptoms – it is better to think of them as pre-symptomatic. The current picture we have is that about two to 10 days after someone comes in to contact with sufficient amounts of the virus, they may start to develop symptoms. Those symptoms can range from mild to severe. The numbers of people hospitalised all around the world give us a pretty good indication of how many people get a severe version of Covid-19. In some places it has been enough to outstrip the number of hospital and intensive care beds and ventilators.

But what about the numbers of people with really “mild” symptoms? And I don’t mean in-bed-for-two-weeks “mild”. I mean so mild people don’t notice. Or mild enough not to slow people down. How infectious are these people? Are they driving the bulk of the pandemic? And what about people who never develop any symptoms at all – the truly asymptomatic. Do they exist, and if so are they infectious?

Getting the answers to these questions is crucial for bringing Covid-19 under control. But most of the papers published to date haven’t been a great deal of help. Indeed, the first description of asymptomatic transmission turned out to be based on an assumption. The people who wrote up a case study of an early Covid-19 cluster didn’t ask the index case if they actually had any symptoms. Turns out they did. Yet still that paper, titled “Transmission of 2019-nCoV Infection from an Asymptomatic Contact in Germany” appears unchanged in the New England Journal of Medicine, complete with almost 300 citations to date. And still people send it to me as proof of asymptomatic spread of this disease.

Then there has been the Iceland study and the news report of the US aircraft carrier which described how some people who tested positive for the virus didn’t have any symptoms. Were they just pre-symptomatic? There’s currently no way to know because that information hasn’t been reported. Then more recently there is the data coming out of New York City that suggests many more people there have had Covid-19 than have been confirmed positive through testing. Did these people not come forward to be tested because they had no symptoms? Or because they had really mild symptoms? Or because testing took ages to become available in the US? Or because they were worried about the cost? Or because they couldn’t take time off work? While the Families First Coronavirus Response Act requires companies to now provide paid sick leave, apparently exemptions were made for health-care companies and firms with more than 500 employees.

Today I read a really impressive study that specifically tries to answer some of the questions we have around the transmission of Covid-19. It comes from the shining beacon that is Taiwan, who have been kicking everyone’s arse when it comes to controlling this disease. The authors looked at 100 people with a confirmed case of Covid-19 and their 2,761 close contacts. Of those 100 confirmed cases, nine are described in the paper as asymptomatic. So that answers the question of whether truly asymptomatic people exist. Yes, they do. But the good news is none of them resulted in any further cases. This is the first solid evidence I’ve seen that people who do not develop symptoms are not infectious. It’s still only nine people, but it’s a start.

The paper also provides some good evidence for when people are at their most infectious. The attack rate was higher when contact with the confirmed cases was within five days of their symptoms starting than. They also found that some people developed Covid-19 even if they only had contact with a case in the days before that person developed symptoms. This nicely supports the modelling data that suggested people are infectious for a few days before they develop symptoms – when they are “pre-symptomatic” – and for a few days after.

Another really important finding is that none of the 852 people who only came in close contact with a confirmed case after that person had been symptomatic for six days or more went on to get Covid-19. In other words, people may not be infectious at all after they’ve been ill for six days ore more. I know this is something many have been really worried about, especially given people can test positive for Covid-19 for several weeks.

As I’ve explained before, the genetic test for Covid-19 doesn’t differentiate between viable infectious virus and bits of broken-down virus that are no longer infectious. It’s highly likely that as the days pass since a person first starts to show symptoms, the test switches from detecting viable infectious virus to bits of debris. This fits with a report that South Korea’s Centres for Disease Control and Prevention have been unable to culture viable virus from recovered patients.

I’d like to see those Korean results actually published in one of the medical journals. Often negative results like this never properly see the light of day, but they are absolutely critical in this case. What we desperately need are more studies like the Taiwanese one to answer the outstanding questions around Covid-19 and fill in the missing pieces of the jigsaw puzzle.