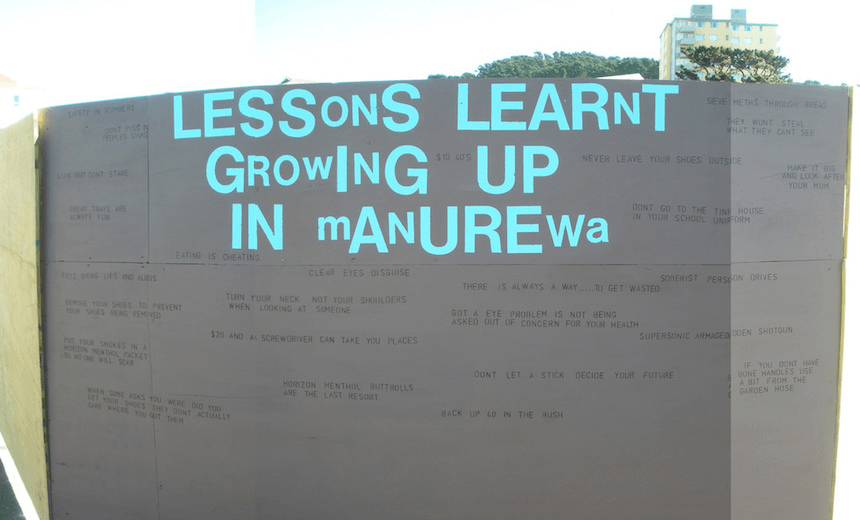 When you work at a decile one high school, you’re confronted with the realities of child poverty on a daily basis.

Details of this article have been changed to protect privacy. It’s intended to show the challenges confronting students in low-income communities like Manurewa and therefore leaves unsaid the enormous achievements of the school and its students – a topic on which several books could be written.

Election billboards line the roads as I make the short drive across Manurewa to work in the morning. Bill English is Delivering for New Zealanders, says one at the roundabout.

At the traffic lights, a throng of kids offer to wash my windscreen. They are always there – in the rain, on bitterly cold winter mornings before the sun has risen, sometimes in t-shirts or shorts.

They are usually dirty or sick. Some have badly drawn stick-‘n-poke tattoos on their hands or arms. Some are smoking. At the McDonald’s to the left, or across the road by the church, more kids sit huddled under blankets. They stand at the drive thru with empty cups extended, or talk to police.

Having taught at the largest high school in Manurewa for the past three years, I sometimes recognise these kids. They are occasionally current students, though usually former – 13 and 14-year-olds who one day stopped showing up.

Sooner or later they disappear from the traffic lights, too. I don’t see them again and I’m not sure where they go. Moved on to other suburbs or towns by parents or caregivers in search of work, relocated to new care homes. Maybe they are in other schools. The youth prison down the road always beckons.

Arriving at school, I check through student pastoral records to follow up on any issues. One student has not been at school for two weeks without explanation. Another has been absent for most of the year and yesterday missed a meeting with an outside agency. Long-term absences like this are common.

I call the first student’s mother. She works days and nights at a factory and is hard to contact. She tells me her daughter has been caring for a sick grandparent. Like many people in Manurewa, the mother, who works for a major New Zealand company, is paid minimum wage. The family can’t afford care for the grandparent, and her daughter won’t leave him.

The second student’s mother sounds tired and sad – her son is suicidal. Another single mother in low-income work, she cannot afford professional help for him. Like thousands of other young people throughout South Auckland, her son is at the mercy of a failing mental health system.

At interval, I buy a coffee for a colleague. Earlier she was informed that one of her students, a Year 9, had attempted suicide and was in intensive care.

I’m lucky enough not to have had a student die by suicide. I had a serious threat earlier in the year which drove me to tears. I don’t know what I’ll do if it does happen.

After teaching, I spend a non-contact hour marking an assessment. For teachers at low decile schools there is constant pressure to lift student performance in NCEA. Government benchmarking of Level 2 as the measure of all success, ignoring the massive socio-economic obstacles, is a heavy burden.

Students enter our school, on average, two years delayed in their reading age, an outcome of entrenched, intergenerational poverty. As teachers focus more on assessment, kids who need the most help often slip through the cracks. They get left behind, they disengage and drop out.

The pressure on low-decile schools to compete with the rest of the country is enough to cause perversions. Recently, James Cook High School was placed under emergency management after it was found to be manipulating its assessment procedures. All teachers in decile 1 schools can understand why this happened.

As I mark, I get memos about students who have been stood down for various infractions: physical assault, swearing at teachers, possession of drugs, weapons.

I notice the name of one of my junior students. A few weeks ago he produced a piece of writing on homelessness. He was one of three students in that class who could talk personally about what it is like to be homeless. He had spent nights sleeping ‘outside the shops’.

Today, the memo reads, he threw a chair at another teacher. Such was this student’s level of literacy delay that, after he lost all interest in the assessment and refused to edit it, I had to fail him.

I receive another email about mumps. Large numbers of students are falling sick with it. Any student who comes into contact with these students must prove they were vaccinated or spend a month out of school.

Chronic health issues such as this are common. Rheumatic fever is a serious threat. Measles and scabies outbreaks have occurred this year also. Colleagues at other local schools report the same problems.

Child Poverty Action Group reports that medical researchers now travel to New Zealand to study third world diseases. They come to Manurewa, where such diseases spread through cramped and cold housing, exacerbated by lack of nutritious food, by the presence of dirt and pests.

Healthcare costs have risen significantly in the last decade. For low-wage families in Manurewa, medical care is increasingly unaffordable.

At lunch, I monitor the free lunch service provided by the school. Like free breakfast, it is always well-attended; students line up around the corner until the food is gone.

I talk to another colleague after school. She’s leaving teaching next year to study engineering. We started here together. Like many, she is being pushed out of teaching by workload, stress, and low pay compared to other professions she might have chosen.

Since I started here, close to half the school’s teaching staff have turned over. Like many teachers, a number of them had to leave Auckland. All decile 1 schools struggle to attract and retain teachers, always for the same reasons: student behaviour, workload, stress, pay.

Unaware of its implications, I did my teaching diploma through the Teach First scheme. Funded by the taxpayer and corporate philanthropy, Teach First recruits wide-eyed university graduates, trains them for six weeks on a scholarship, and sends them unqualified into low-decile schools to learn on the job. The scheme will triple in size next year.

Entire schools in South Auckland – charter schools – can be staffed by people without teaching qualifications. Slowly but surely, low-income students who need the most qualified teachers are getting the least.

I go through the traffic lights again on the way home. No kids offer to wash my windscreen. There are actually fewer kids at the traffic lights these days. In recent weeks, National’s law criminalising window washers came into effect, rendering those destitute children liable for a $150 instant fine.

At the roundabout, I read the billboard again. Delivering for New Zealanders, it says.

The author is a teacher at New Zealand’s largest low-income (decile 1) high school located in Manurewa.