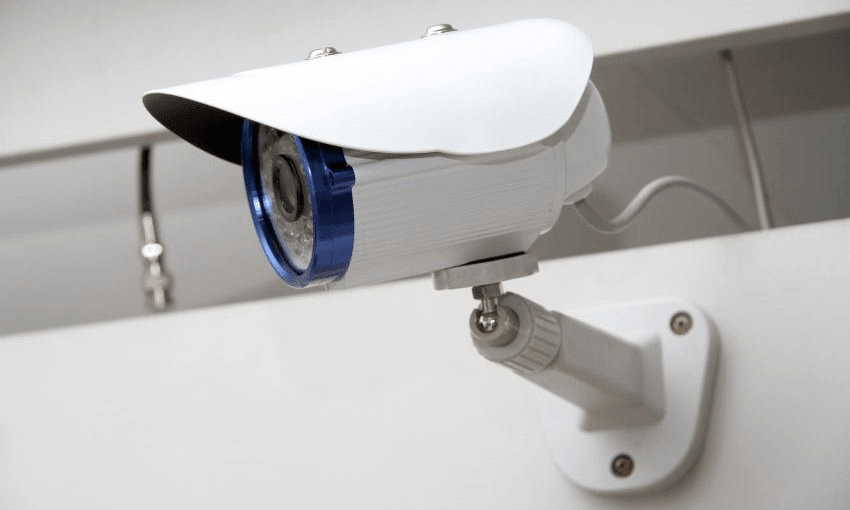 A review of CCTV use across inpatient units has returned alarming results. Now the case for change is overwhelming, writes patient advocate Karyn Black.

Last year I became aware that closed circuit television was being used in adult mental health inpatient units in New Zealand. The reasons for this video surveillance ranged from property damage and patient behaviour to poor visibility of the hospital environment. This discovery prompted me undertake a national audit, using the Official Information Act to find out how widespread the use of cameras was in adult inpatient units. The results were alarming.

It turns out that over 60% of our adult inpatient units are utilising this technology to some extent. More troubling is that at least five have CCTV operating in what would be defined as treatment areas. This poses a number of concerns, especially given that the Mental Health (Compulsory Assessment and Treatment) Act 1992 expressly prohibits the use of audio or video recording of treatment without patient consent.

When undertaking the CCTV audit the majority of District Health Boards justified the use of video surveillance saying it improved safety for patients, staff and visitors. When reviewing the literature relating to CCTV use, however, there seems to be little evidence to suggest CCTV reduced violent incidents within mental health inpatient units. Put bluntly: this technology is not a helpful tool for improving safety.

Part of the problem is the continuing stigma and stereotyping faced by mental health patients. Recently we have heard stories of our inpatient units becoming increasingly dangerous workplaces. A 2014 article in Kai Tiaki – a magazine produced by the New Zealand Nurses Organisation – stated there were 4,821 reported assaults on staff nationwide between 2010 and 2012, and last year the Bay of Plenty Times reported on staff safety concerns at Tauranga Hospital’s mental health inpatient unit.

Unfortunately, the narratives of these stories tend to play into the public’s perception of the violent and dangerous mental health patient – narratives that are not only damaging and incorrect, but that neglect a crucial perspective. The reports often focus solely on staff experiences of violence, ignoring the violence experienced by people actually using mental health services. Conversely, there seems to be limited acknowledgement of the violent nature of mental health services themselves, and a refusal to recognise some of the institutionalised violence of the system, such as forced detention, locked wards, physical restraint, seclusion and enforced medication. Any consideration of safety needs to take into account the experiences of people using these services.

The process of compulsory assessment and treatment is determined by The Mental Health (Compulsory Assessment and Treatment) Act 1992. Commonly referred to as the Mental Health Act, it has been described as a compromise between competing demands: the demand of the medical profession to assess and treat people deemed to be mentally disordered, and the demand for greater respect of patient dignity.

Part 6 of the Act sets out the rights of patients subject to compulsory treatment, including the specific question of video or audio recordings:

(1) Every patient is entitled to be informed where it is intended to make or use a videotape or other visual or audio recording of any interview with, or any other part of the treatment of the patient.

These two clauses highlight the need for patients to be informed of recordings being made when receiving treatment, and that consent must be given for this to occur. Whether CCTV in inpatient units is legal is therefore dependent on the definition of “treatment” and whether consent is given.

The Mental Health Act doesn’t define “treatment”, but a definition has been incorporated into law by the courts. According to this definition, treatment includes nursing interventions, occupational therapy programs, psychological therapy sessions, support from cultural staff, and medication support – all of which occurs inside inpatient units and in areas where CCTV is currently operating.

Inpatient units must inform patients of the presence of CCTV and gain consent before taking visual recordings. Currently this is not happening, and if patients are not informed such surveillance is under way, they obviously cannot provide consent. Looking at policy documents obtained from DHBs with CCTV in treatment areas, there is not a single instance where a consent process is mentioned in regards to its use.

Given it came into law in 1992, the act predates the widespread use of CCTV. That in no way excuses its presence inside units and in treatment areas, however. Nor can it be an issue simply of amending the legislation. In a survey distributed among service users in the Auckland region, an overwhelming 78% disagreed with the use of CCTV inside units. Given this, the likelihood of gaining patient consent to be filmed is very low indeed.

If we are serious about improving the safety of inpatient units, we must consider these issues and bring the voice of the service user to the forefront of any further discussions. In the same survey, another question asked: “What would improve safety in a mental health inpatient unit?” Responses indicate that what was most important was not CCTV or security staff, but increased access to peer support, day programs and activities, outside garden areas, quiet spaces and sensory modulation. This view of safety is more about enhancing the therapeutic environment positively and improving wellbeing, rather than restriction and control.

As a result of this nationwide review of CCTV use, it couldn’t be clearer to me that there needs to be change. The use of such equipment in treatment areas is plainly illegal; even if it weren’t, all the research suggests it is neither helpful nor effective as a tool for addressing safety. There must be better alternatives to the issue of well-being – ideas that take into account the violence inherent in the institution of psychiatry, ideas which acknowledge that a culture of custodial care and surveillance can only beget negative responses. A good starting point is to uphold patient rights: to make a positive step and remove cameras from all treatment areas.

Karyn Black is a mental health advocate with Kāhui Tū Kaha in the Auckland region. She is also a member of CAPO, a direct action community group addressing psychiatric oppression in Aotearoa.