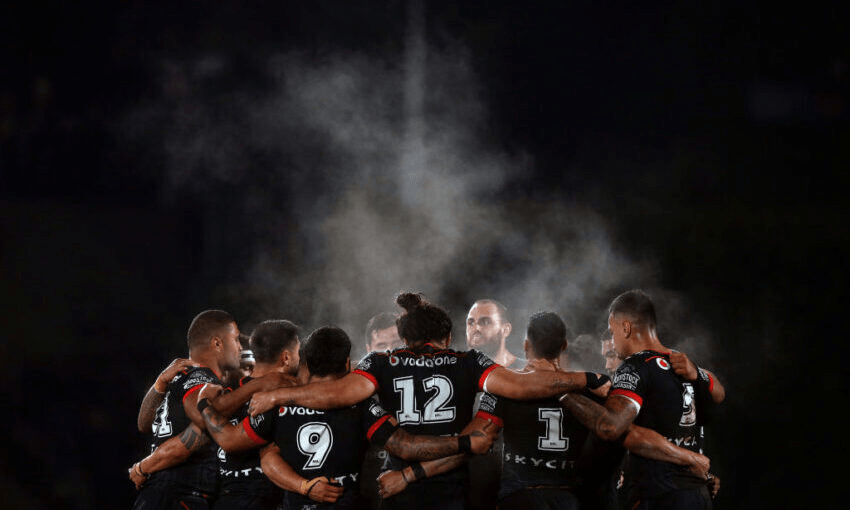 It’s been a hot topic in rugby league circles for well over a year – but not for the right reasons.

Former St Illawarra Dragons back-rower Jack de Belin was charged with aggravated sexual assault in 2018. Prosecutors say de Belin, along with his co-accused, repeatedly raped a 19-year-old in the early hours of December 9.

Due to the NRL’s “no-fault stand down” rule, de Belin, who has denied the charges and pleaded not guilty, has not played a game since the charges were laid against him – but that hasn’t stopped clubs from discussing his potential future in the game.

Newly appointed Warriors coach Nathan Brown has wasted no time getting down to business. A day after the club’s big announcement he made one of his own, stating de Belin would make an “outstanding signing” for the team.

It is true that the club had reportedly already been in talks with de Belin before Brown’s arrival, but it is nevertheless alarming to hear him talk about it in public. Let’s hope “you must be on board with enthusiastically discussing contracts with a man facing rape charges” wasn’t somewhere in the sign-on fine print.

It is for the court, of course, to determine whether or not he is guilty as charged. It is not for me to pass judgment on that. My issue is with the apparent disregard for the seriousness of the charges laid against him. It comes across as though the impending trial is but a minor inconvenience to the club’s recruitment plans.

The Warriors are a renowned family club that has over the years sought to nurture a wholesome image. The club believes in equality, so it jumped at the chance to have a women’s team without a second thought. While other clubs might be embroiled in scandals, the Warriors club instead puts its time into supporting underprivileged communities. So what are they thinking putting their values and beliefs on the line for an individual who faces such serious allegations?

Despite being born in 1997, I consider myself a day-one Warriors supporter but the statement made by Brown and the closed-door discussions by the club has made me question my faith in the club I grew up loving.

Sexual assault is a crime which is very close to home for a lot of women. It could hardly be more serious. The fact that Brown and the Warriors want to bring someone to our club who currently faces these charges hurts. What message does that send out to their female supporters? To girls and women who play the game? Or, just as troublingly, to young boys?

I don’t want to support a club who see nothing wrong in calling an accused rapist an “outstanding signing”. There are far too many talented players out there to need to put on a pedestal someone who will irredeemably change the way people view the club.

There once was a time when the Warriors only wanted players with mana donning the colours, when the club prided itself on a group of men who reflected their family values.

The NRL has made big strides in attempting to prevent violence against women in recent years, and it was one of the main reasons they introduced the “no-fault stand down” rule to begin with. They film advertisements, have introduced community programmes and put in place rules in to stamp it out – but all that is gravely undermined if clubs are determined to ignore those efforts in the blinkered race for an “outstanding signing”.

Rugby league has worked hard to become an inclusive place for women, but the actions from men in the game too often suggest it still has a very long way to go.