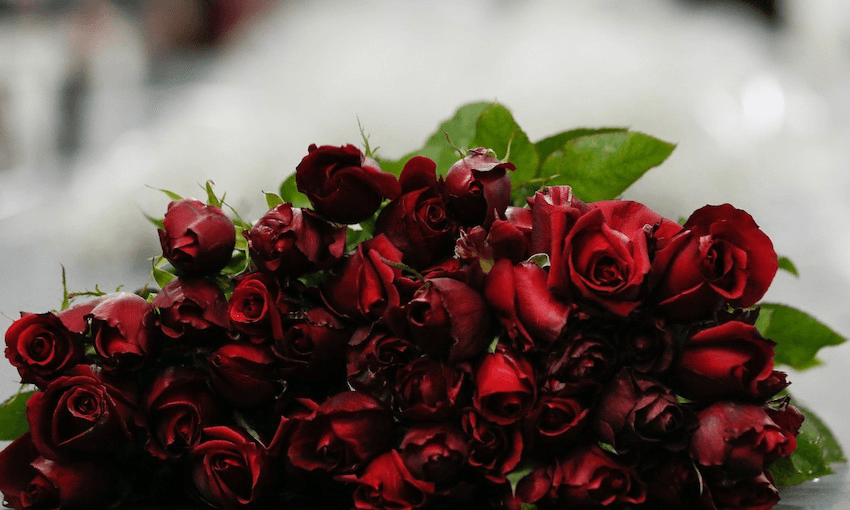 I was reborn on Valentine’s Day

For decades romance was full of complications for Lexie Matheson. But one Valentine’s Day she learned that to love herself required accepting who she was.

It’s hard to separate the idea of Valentine’s Day from martyrdom in one form or another because martyrdom is locked into the history of the day and the people after which it’s named. There’s also a vague association between romance and martyrdom too, but we, as humans, seldom revert to eating our mates, at least not in the cannibalistic sense. Any other allusion shall remained veiled and you can make of it what you will. Dining out may never seem quite the same, and dining in, is of course, a rose-tinted delight.

As a child, the 1929 St Valentine’s Day Massacre in Chicago looms large in my memory. It was spoken about a lot in my family – no surprise really with a father whose army nickname was ‘Dillinger’ and who had a lifelong fascination with the Chicago mobs and Capone in particular. So much for Valentine’s Day and romance!

Valentine’s Day wasn’t something my parents celebrated, but then it was the 1950s and we were hideously poor. My childhood also predated the Americanisation of all things celebratory; dull old us still burned Guy Fawkes on the 5th of November and went First Footing at New Year. There was no sign of Hallowe’en and the Easter Bunny didn’t drop by. Nor did the Tooth Fairy, and Black Friday was still just a day to be wary of. We dodged black cats, ladders, and, wherever possible, the neighbours. Ours was a solitary, paranoid post-war life almost totally devoid of any romance that didn’t involve race horses or an oval ball.

I was a loved child and my step brother and sister were great role models. But with a dad who was war wreckage of the type we now understand as experiencing PTSD and a mum raised by nuns in an orphanage from infancy, romantic love was never really on the menu.

I do remember my first girlfriend wishing me a happy Valentine’s Day in 1958 and sneaking a kiss at the back of the classroom. Thanks eternally, Hannah S! I liked it, and so Valentine’s Day became a thing, but a thing always associated with concealment and secrecy because, even then, I knew I wasn’t what I appeared to be.

Almost without realising it, concealment and secrecy became the game I played in all aspects of my public life. I trained harder, fought more, posed and pretended, but never fully convinced anyone – myself included – that I was ‘the man’ society seemed desperate for me to be. I was smart enough to become quite good at the game but astute people were never fooled.

Through puberty, relationships, marriage, break ups, more relationships, drugs, children, work, periods of busy bisexuality, self-harm and promiscuity, Valentine’s Day was a constant presence and a constant disappointment. Sure, I played the game of romance but, in truth, I never felt anything much beyond the sense of satisfaction I got from making someone else happy. For me, there was nothing. Well, nothing much. How can a person who has no real idea of who they are beyond the knowledge that everything’s wrong and seems to be getting worse respond to ‘romance’, whatever that actually is.

I couldn’t, and didn’t, but I did try. I tried really hard.

It took a serious health crisis and hospitalisation for me to wake me up. I’d been a secret cross dresser for years and I knew this was a problem because it was when I was ‘dressed’ that I felt most myself. I feared ‘dressing’ would take me over and I’d be discovered, and living a double life with that level of anxiety was sufficient to cause me to ‘purge’ – burn my clothes and shoes, ditch my makeup – and promise myself I’d really be a Man this time. I can’t remember how many times I did this but it was dozens. It didn’t work, it never worked, it was never going to, and now I understand why. Talking to other trans women since, I have discovered that I wasn’t alone in this behaviour, far, far from it.

In the ‘80s and ‘90s Valentine’s Day hit Aotearoa New Zealand in a whirlwind of commercialism and I certainly wasn’t averse to that. It was expected that I would participate in this ruby madness and so I did. I consumed until I was rosed and chocolated out because, when it came to being ‘the man’ I was expected to be, I never did things by halves. Valentine’s Day had become something I could actually do.

Then, in 1997, in an attempt to come to terms with childhood sexual abuse, which, in my heart, I blamed for all my gender aberrations, I finally went to a counsellor. He was incredible. He sorted me out but we both knew there was something else. It emerged in a conversation between my cross-dressing persona and this person called Lex, the male me. My counsellor asked, after the exercise was over and the tears had stopped, who was most real. It was no-brainer, and I’d found who I really was buried beneath the 50-year deep façade of maleness.

This was my ecstatic male martyrdom.

I was born, thanks to my counsellor Wayne, and on Valentine’s Day 1998 I began my first ever real romance – with myself. No roses, no chocolates, just a rich love for myself that I think I’d always ached to have. I’d seen it in others – most people – and I’d always thought that, like faith and money, this wasn’t something I could ever aspire to having.

As I embarked on my transitional journey of ‘learning’ to be a woman, I met someone I fell in love with. Actually fell in love with. I’d loved before but this was different. The lights went on, the sun came out, I heated up, and wow! Who was this woman, and how could she ever love a transgender freak like me? That was 20 years ago and I struck it lucky, really lucky. We have a son, he’s 15 now, and he’s everything to us. He’s a delight, and a powerful advocate for successful same-sex parenting.

We’ve had our challenges – everyone does – but we’ve worked through them and I’ve learned to hang in, to have courage, and to give the middle finger – often both of them – to the world, because the world bloody well needs it given the crap it unloads on my community. There are times I feel as though I live in the comments section of the Family First Facebook group, but when the world gives you manure you plant roses. White roses, red roses, yellow roses, and variegated ones. Some days I’m white, some days red, but mostly I’m variegated, and I’m totally sweet with that.

This Valentine’s Day join Lexie Matheson, Georgina Beyer, Nikolai Talamahina and Aych McArdle at the Auckland Museum for a special session of LATE, in collaboration with the Auckland Pride Festival, celebrating the diversity of trans and non-binary experiences.

This LATE: Explicit Inclusion Identity looks at their journey towards equal human rights and inclusion in Aotearoa New Zealand.