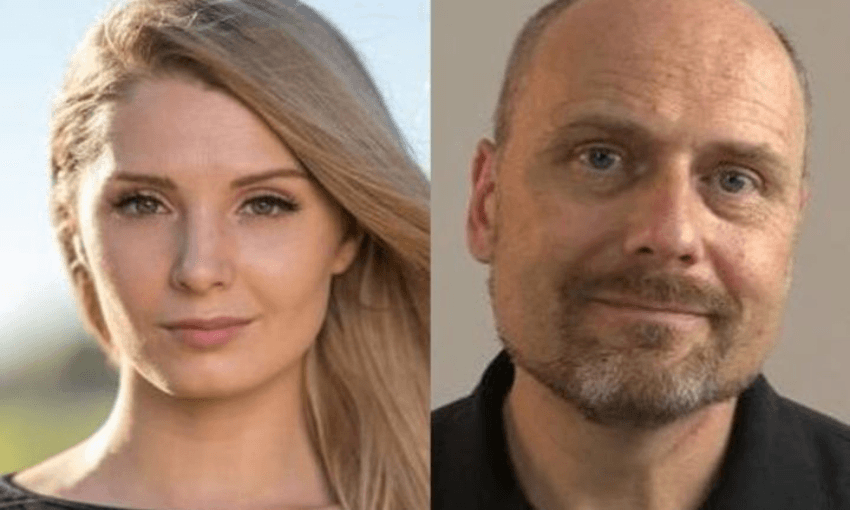 To ban, or not to ban: an (agnostic) Muslim’s view

Auckland Council’s cancellation of two alt-right personalities’ booking at a council-owned venue has been justified on the basis of their ‘divisive’ views. Whatever happened to the liberal ideal of free speech, asks Ali Shakir.

Had it not been for the controversy stirred by her New Zealand show’s cancellation, I might never have heard about Lauren Southern or her problematic opinions. But since the banning of my first book in the Middle East and North Africa, I’d taken it upon myself to side with freedom of speech by reading, listening and watching banned material. So my instant reaction to the news was to google Southern’s name to find out who she was and what she had done or said that could have caused such an uproar. And there was a lot!

I do disagree with many of her views, but it’s all the more reason for welcoming her – as well as other controversial voices like Salman Rushdie and Ayaan Hirsi Ali, whose tour to Australia and New Zealand was cancelled last year – into this country and letting their audience debate her and decide for themselves what to make of her claims.

There’s no harm in listening to people with opposing viewpoints. Barring them surely damages this country’s commitment to freedom of expression, and raises serious concerns about the process: Who has the right to say whether this speaker or that is good or bad enough to be granted or denied a platform in New Zealand? And does doing so even make sense in this digital day and age?

The cancellation of the event was definitely an unpleasant surprise, but the announcements that attempted to justify it were just baffling.

“Auckland Council venues shouldn’t be used to stir up ethnic or religious tensions. Views that divide rather than unite are repugnant,” Auckland Mayor Phil Goff tweeted, without caring to explain the criteria used in assessing the speaker’s intention to “unite” or “divide” before she’d even had a chance to speak. For that matter, what defines “ethnic and religious tensions”? Where does the red line start and where does it end?

I’m asking because there are some hardline Islamist groups in New Zealand who’d love to segregate boys and girls in state schools. Are we going to comply with their demands in that regard to avoid “ethnic or religious tensions”? And if we did, isn’t that exactly what Lauren Southern and other far-right political activists in the West have been sounding their warnings against?

Another equivocal statement about the cancellation of the event at the Bruce Mason Centre came from Auckland Live director Robbie Macrae, who said: “Security concerns around the health and safety of the presenters, staff and patrons attending the 3 August event” had led to the decision. I honestly don’t know how to interpret that one. Is Auckland Live assuming – because the speakers are not particularly Muslim-friendly – there could be a risk of a terrorist attack, or has there been an actual attempt to carry out one? Has anyone made an actual threat to attack the presenters, staff or patrons? If yes, is this the right way to respond to the threat of violence? And what about the role of the police – shouldn’t a prompt and thorough investigation be conducted, and the suspects be tracked down and hopefully arrested? And finally, does this mean that all future events that may provoke some Muslims in New Zealand are going to meet the same fate as this one?

Now, if there were in fact no threats and the whole thing was an assumption made by Auckland Live – that would be an inexcusable act of prejudice, as well as an insult to the Muslim community in New Zealand. Way worse than anything Southern could have said.

Speaking of insults, I also came across a letter written by Hazim Arafeh, president of “New Zealand Federation of Islam Associations” – fancy name, by the way! – addressed to the immigration minister, the minister of ethnic communities, and the Human Rights Commission. Arafeh’s letter demanded Southern be denied entry to New Zealand because “She’s just going to give a talk in which she’s just going to insult all of us. I’m talking on behalf of 50,000 to 60,000 Muslims in New Zealand who are going to face a very hard time by all the comments she is going to make.”

While I totally respect the right to peaceful protest, I don’t think Hazim Arafeh has legal authority to act on behalf of the Muslim community, which has an extremely diverse base, including atheists from Muslim backgrounds, as well as thousands of non-practising or agnostic Muslims like myself. I don’t recall giving Mr Arafeh permission to represent me. I don’t even know who he is and what his “federation” does. Unsurprisingly, when I asked my consistent mosque-goer Muslim friends in Auckland, not a single one of them could recognise Hazim Arafeh’s name.

Ever since arriving in New Zealand ten years ago, I have persistently voted for the Labour Party in every election – I hope I don’t get to regret it now! So my political and social views are far from being right-wing, but there’s no trait I abhor more than mental rigidity. I read a lot and listen to all types of opinions, especially ones that are different from my own, because it’s the only way to understand the world around me. And I strongly believe that people who adopts a certain ideology and refuse to look beyond its boundaries or review and question its teachings, do themselves – and the ideas they support – a disservice.

Ali Shakir is an Iraqi-born architect, and the author of the book A Muslim on the Bridge.