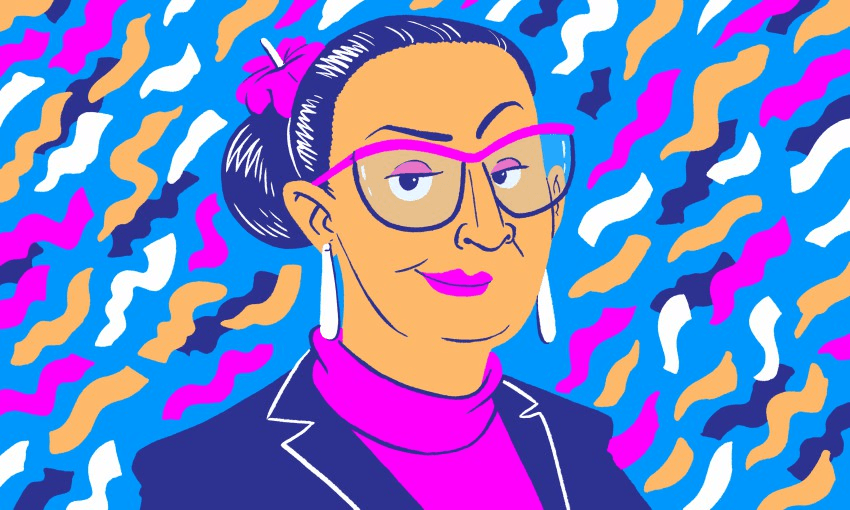 Georgina Beyer still has a fire in her belly

Sex work and politics are pretty much the same trade, according to Georgina Beyer at least. During her time as an MP, she would strut through the halls of parliament, calling her comrades to arms by asking them if they were all ready to “get out on the streets and sell their butts”. They didn’t seem to fancy that comparison very much. “Look, honey, you’re soliciting yourself either way,” she told me over the phone, chuckling. “One’s just for votes, the other for money. One advertises on billboards, the other advertises in the back pages of The Dominion Post.”

If there was anyone who could speak to the overlap of these very specific sets of skills, it’s Beyer. The world’s first transgender mayor who went on to be the world’s first elected transgender member of parliament, as well as a former sex worker, screen actress, and kidney transplant survivor, she’s lived a thousand lives to get to where she is today – right now, she is in the Wellington suburb of Kilbirnie, on the phone to me, an ex-Wairarapa kid who grew up under her groundbreaking reign back in the late 90s.

Ahead of her appearance in the PRIDE festival this week, I asked her how things have changed for the LGBTQIA+ community in her lifetime. “When I started transitioning, I quickly realised that it was a cruel world for people like us. I had to go down avenues I would never have considered.” Unable to get a ‘real’ job, or any benefits outside of claiming a “psychosexual disorder” for the sickness benefit, she felt like she had no choice but to join the sex industry. “It was a brutal time, but there was a strange camaraderie in that nobody else would support us, not even our government institutions.”

One night in Sydney in 1979, Beyer was sexually assaulted by a group of men. “People asked me why I didn’t report it to the police. As if the law was going to protect me? A Māori tranny prostitute? Yeah, right.” Following the traumatic attack, Georgina found herself depressed and near suicide for months. “Once I got out the other end, it gave me a real fire in my belly. That shouldn’t have happened to me. That shouldn’t happen to anyone without being taken seriously.” She swore that she would try and change attitudes by example, which meant living a proud, public life as a trans woman.

It was the goal of visibility that drove Georgina to pursue a pre-politics acting career, including the 1985 film Jewel’s Darl, where she played a trans prostitute. “For the time, that was quite unusual, to look at people like us not as caricatures, but real people with real lives.” Although she burned all of her old belongings the night she transitioned, Georgina didn’t completely erase what she calls “the other parts of me”. “Men tend to forget that I can still access the same psyche as them. If they want to come down hard with the firm, staunch, brow-beating thing, well, I can play that game too, baby.”

Decades after her time working in the sex industry, Georgina found herself campaigning for prostitution reform in parliament. Given her own experience, she was shocked at some of the misconceptions held by the public around sex work. “They thought it was all deviants and not their husbands, their brothers, their uncles – it’s ordinary people.” As, unsurprisingly, the only former sex worker in the house, her speech to the chamber changed the minds of three MPs, passing the legislation that would decriminalise sex work. “It was the thinnest bloody margin you could have, but we got there in the end.”

So how in the flaming hell did a conservative, white, scarecrow-festival-hosting, mid-90s Wairarapa vote to become one of the wokest places in the world? “I think I was just a breath of fresh air. What people responded to was honesty, being straight up, being approachable – I would go to everything from a bloody party in a woolshed to judging sheep races out at Castle Point.” Carterton became known for something more than daffodils, and the more traditional locals slowly learned to “look beyond the end of their noses.”

When she made the decision to run for Labour in the Wairarapa in 1999, Beyer didn’t actually think she had a chance in hell of winning. She wasn’t being humble – nobody else did either. Although she had been the mayor of Carterton for five years, the Wairarapa was a National Party stronghold, and her opposing candidate was a plucky, popular radio host by the name of Paul Henry. He questioned her ability to be “serious person” because she was trans. “I thought I’d just have some fun and kick a few butts” Georgina recalled. “Bugger me! Look what happened!”

Georgina won with a 3000+ vote majority, making Paul Henry officially kicked in the butt and making her, officially, a “serious” public figure. Local attitudes had evolved, best summarised by the elderly farmer who had previously voted National all his life. “This year I’m voting for Georgina Beyer,” he was quoted in her documentary Georgie Girl, “because she’s a damn good chap.” Did she mind the misgendering? “If that was the only way a conservative 80 year-old farmer was be able to absorb and accept me, then I’m happy with that. That’s still progress.”

Although she has regrets from her eight years in parliament – her stance on foreshore and seabed was a “mistake” that marked “the beginning of the end” of her political career – Beyer stands by her contribution to the Civil Union bill and prostitution reform. “You have to remember: law is easy to change, attitudes throughout a country are not. It takes generations and role models to show the nation that we’re not the horrible, demented, crazy people they might think we are.” The work is far from done yet, with Beyer’s latest focus on applying to the Waitangi Tribunal to get Takatāpui included in the Human Rights Act.

I asked Beyer if she still encountered prejudice in her life, or the hangover of trans-exclusionary attitudes from fellow women. “People still regard the gender thing as being relatively recent in our modern history, but we’ve been around for millennia. Fa’afafine. Takatāpui. When you have words in languages to include us, that should send a message that this didn’t happen last week.” What about the TERF mindset that still lingers in some modern day feminists, that reckons trans women aren’t real women? “It’s an old, lazy argument. Don’t worry about us encroaching on your world. We’re just trying to improve our lot in this life, just like the women’s movement did for you.”

To anyone, young or old, who might currently be questioning their own gender identity, her expert advice is to access professional information as soon as possible, and to seek out like-minded groups of people in the community. “You are going to need people to give you moral support, who think the same as you and know what you are going through. Don’t be afraid, there are far too many young trans people who are dying through suicide because they feel like this world isn’t built for them anymore.” Georgina paused for a moment as her voice cracked.

Although she has now retired from the political sphere, Beyer remains inspired by young LGBTQIA+ activists continuing the fight for access to healthcare, work and education. She admits that she never thought trans and gender issues would ever be taken seriously in her lifetime, and quickly slipped back into that same, rousing cadence that made her speeches so famous in the chamber. “I have spent the better part of my life trying to make things better for this generation. My faith now lies with this younger generation to stand on my shoulders, just as I stood on the shoulders of those who went before me. I’ve done my bit to move the needle, now it’s your turn.”

As for everyone else? “They need to just shut up and let us get on with being who we are.”