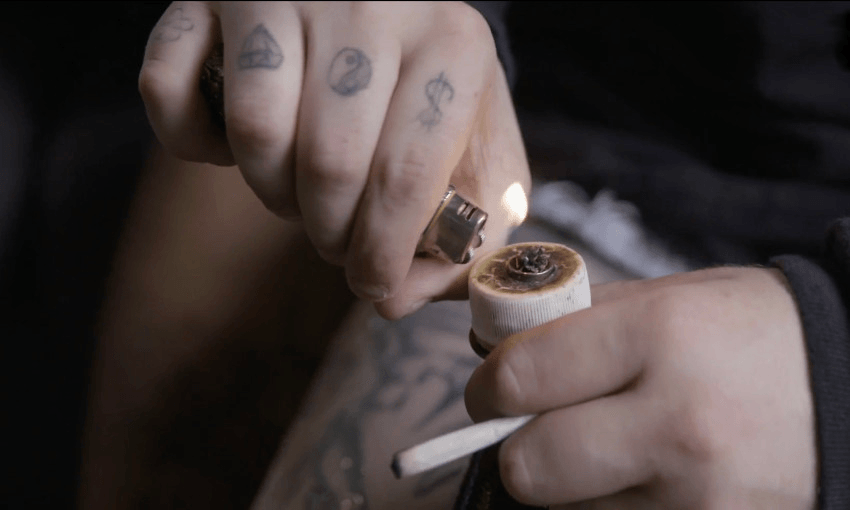 Instead of increasing prison time for the supply of drugs like synthetic cannabis, let’s focus on the solutions that have been proven to work, argues Victoria University criminologist Dr Fiona Hutton.

Last week parliament debated an amendment to the 2013 Psychoactive Substances Act which would increase penalties for supplying new psychoactive substances such as synthetic cannabis from two years’ prison time to eight.

The amendment comes in the wake of the Vice documentary Syn City about those struggling with addictions to synthetic cannabis. In an interview to promote the documentary, the journalist behind it called the government’s inaction over synthetics “staggering”. And the government’s response? The tired, drum-banging rhetoric of ‘getting tough’, with its empty promise that this will actually tackle the problems related to synthetic cannabis, or any other drug.

Evidence shows, again and again, that law and order approaches to health issues are ineffective. This is abundantly clear given that the 2014 amendment to the 2013 Psychoactive Substances Act – another knee-jerk response – effectively created the unregulated, underground market for synthetics that is today causing users, their families and communities such heartache and grief.

The 2013 Psychoactive Substances Act is up for review this year. The Act needs to be refocused on regulating dosage and availability in order to prevent harms from new psychoactive substances, as it was originally intended to do.

Our skewed focus on supply has proven ineffective. New Zealand spends $273.1 million a year through police, courts and corrections on preventing the supply of drugs, but only $78.3 on health interventions and treatment. Focusing on supply has not stopped illegal drug use in New Zealand, or any other country. It has simply filled prisons with low-level drug dealers who are usually users themselves, and often from disadvantaged, marginalised communities.

Focusing on supply in this way sidesteps the issue of demand, of why people take drugs such as synthetic cannabis. There will always be supply to meet demand. Physician Gabor Mate notes that addiction is all about pain and if you first address people’s pain then you can try to address their addictions. The pain of those in Syn City is clear for all to see, so why not try and address that pain, instead of pedalling empty rhetoric about ‘getting tough’?

Drugs, both legal and illegal, have the potential to cause harms, particularly to those who use them problematically and are addicted. Although these are a small minority of users over all — most people who use drugs suffer few if any harms — we need to concentrate on providing compassionate, health-focused responses to those whose drug use is causing problems for them, their families and their communities.

Let’s not waste time and taxpayer dollars ‘getting tough’. Let’s implement policies that are effective and which help those in need of support and treatment for their addictions, rather than criminalising and stigmatising them.

We need to extend treatment services to effectively cover substances like synthetic cannabis, while implementing an early warning system to enable urgent action when particular drugs are becoming a problem. We need to make it easier for agencies at the coal face of dealing with the consequences of addiction to drugs to liaise with each other. In short, we need to implement policies that actually reduce the harms from drugs like synthetic cannabis.

Dr Fiona Hutton is a Senior Lecturer in Criminology at Victoria University of Wellington.