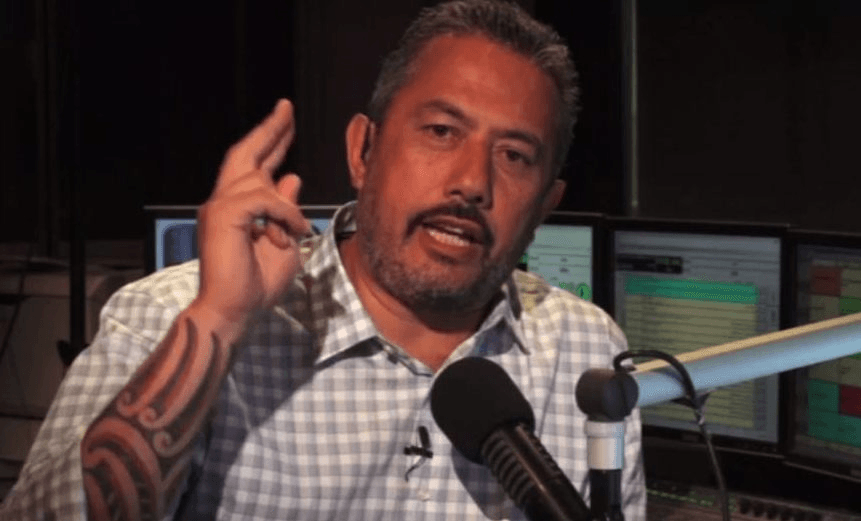 Mental health campaigner Mike King has quit the panel shaping strategy for suicide prevention in NZ, saying ‘It would be funny if people weren’t dying’. Below, his resignation letter in full

The minister of health, Jonathan Coleman, last week rejected a report from ActionStation into NZ mental health. Speaking in parliament, he attacked the group as “the permanent anti-government, left-wing protester”. In the same breath, however, Dr Coleman defended Mike King, the comedian, broadcaster and mental health campaigner who contributed to the report. “Mr King is a very good man,” he said, “who is genuinely motivated, and I do not detract from his efforts.”

Today, Mike King has announced his resignation from the NZ Suicide Prevention External Advisory Panel, a group focused on shaping the suicide prevention strategy. The letter below was sent by King to Dr John Crawshaw, the director of mental health at the Ministry of Health, this morning.

I have been feeling increasingly concerned about many aspects of the Draft Suicide Prevention Plan that has been opened up for public consultation.

When the Suicide Prevention External Advisory Group was appointed in 2015, Sunny Collins stated that we should look for a “bold new vision” and we should not be afraid to “throw out the old and bring in the new”.

Unfortunately all I see when I look at the new Draft Proposal is more of the same, ie Pandering to minority groups, continuing to fund failed experiments and further isolation for vulnerable New Zealanders.

“A New Zealand in which all people are able to look forward, experience a life worth living and have pae ora (healthy futures)”

At our last external advisory meeting on November 4, 2016, there was general consensus that this was a slogan that had been made by committee, and as such it was something ordinary New Zealanders would struggle to buy into. At the same meeting we agreed that there was a need for a “vision” that spoke to the people, a vision that set an actual percentage target. We started at Zero before settling on 20%.

This was confirmed in the meeting notes received on November 26:

Concerning the vision and goals the group agree that there was a need:

What happened to that?  Have we returned to the defeatist attitude that some degree of suicide is acceptable, inevitable, or both?

“The purpose of the strategy is to reduce the suicide rate through reducing suicidal behaviour.”

How many evidence-based studies and academic geniuses did it take to come up with this glaringly obvious statement? You could have saved everybody a lot of time by just going to the last New Zealand Suicide Prevention Strategy and “cutting and pasting” it from there because it says exactly the same thing.

The overall purposes of this strategy are to:

And just in case the silly people of New Zealand don’t understand what ‘suicidal behaviour’ is, the proposal goes on to explain:

For me this perfectly sums up why this Draft Proposal will struggle to get any traction whatsoever. How stupid do you think New Zealanders are? I have seen children treated with more respect than has been shown here.

What does any of this even mean? These statements are so broad and vanilla they can mean everything and nothing at exactly the same time. And when you read the expanded synopsis it reads like a party political broadcast. “We will strengthen individuals. We will strengthen family and friends. We will strengthen communities and we will build environments that promote positive wellbeing!” Cue flag waving.

The most galling of these three pathways for me is pathway No 2:

In case you didn’t already know suicidal people are recognising that they are in distress everyday but when they turn up to access the “appropriate support” in doctors’, counsellors’, pyschologists’, psychotherapists’, psychiatrists’ offices and emergency departments up and down the country they are being repeatedly told they don’t meet the threshold for help. What is the point in “recognising distress” if the help isn’t there?

Finally, the ‘Overview of potential areas for action’

This section is a masterclass in butt covering. Here you give “a list of potential areas of action for everyone to focus on together” – the list is so broad ranging and generalised if anyone questions “where something is”, you can simply say “we’ve got it covered!”

When I was first invited to be part of the external advisory board I was hugely optomistic that we were going to be able to bring something new to the table but at the end of the day we couldn’t even get you to agree to a target of  “a 20% reduction in suicide over the next 10 years”.

The plan has buried all the new ideas in such impenetrable language they are beyond recognition and unlikely to ever see the light of day. It is a strategy that is so broad in its effort to please everyone it will eventually collapse under the weight of public expectation.  This will please no one – except you and the politicians you serve.

Let’s face it, this plan is only ever going to be window dressing, and is never going to get the public on board without a major, open and independent review of mental health services.  Without an adequately funded sector, and a stocktake of the structure and provison of services, we are just fiddling around the edges.

It would be funny if people weren’t dying.

I therefore resign from the external review panel, effective immediately and I will be publicly advising people of my stand. I believe this whole process is deeply flawed, and being conducted in bad faith.