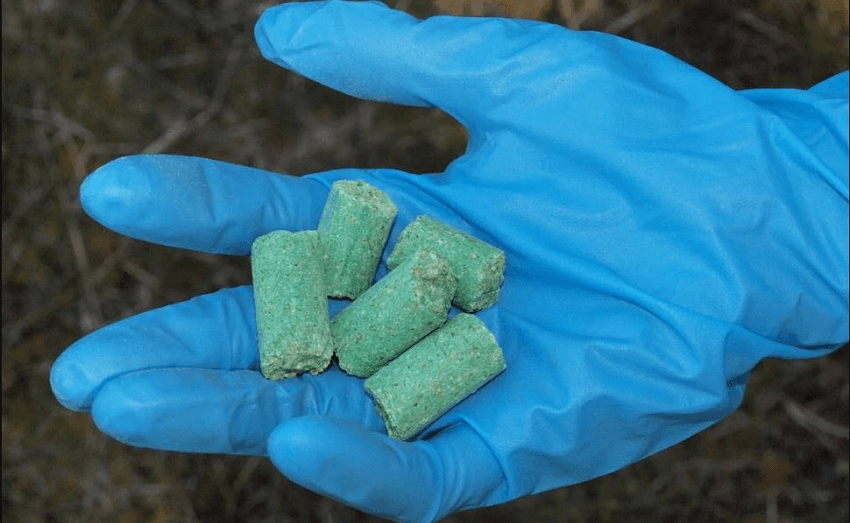 Separating fact from fiction in the 1080 debate

Facebook is flooded with rabid anti-1080 activism, but the poison is the only barrier between many of New Zealand’s native species and extinction. Hayden Donnell goes into some 1080 facts.

Anti-1080 activism has erupted into the mainstream lately, with its leaders using belligerent and intrusive social media tactics to create an increasingly radical base of believers.

The movement’s overarching message is that the 1080 poison kills everything, massacring our native birds and other wildlife. In their minds, DOC workers and pro-1080 environmentalists are profiting from the poison, engaging in a shady government conspiracy, or doing even worse stuff involving the UN and eugenics.

But it’s highly unlikely 1080 will kill you

Here are some reasons why:

Despite that, heavy precautions are taken on 1080 drops

One of the main things anti-1080 activists claim is that the poison can contaminate water supplies and make people sick. That was lawyer Sue Grey’s main contention when she secured a temporary injunction against a 1080 drop set to take place in the Hunua Ranges last week.

There’s no evidence for that claim. 1080 breaks down in water, which quickly renders it all-but harmless. Dave Hansford, author of Protecting Paradise: 1080 and the Fight to Save New Zealand’s Wildlife, said you’d have to drink 60,000 litres of water in one sitting within four hours of a 1080 drop to get sick. Freshwater ecologist Mike Joy said the risk from 1080 in water is almost nil.

In the last 25 years, Landcare Research has done more than 3000 tests on waterways after 1080 drops. Only on four of those did it find detectable levels of 1080, and that amount was still within the Ministry of Health’s legal guidelines. For reference, a cup of black tea contains 1080’s active ingredient – fluoroacetate – at about 1.5 times the Ministry of Health’s legal limit for 1080 in drinking water.

It breaks down within weeks in normal conditions, or a few months in cold, dry environments.

‘1080’ sounds like a robot designed in a lab with the express purpose of carrying out murders. The poison is actually a semi-natural product. Though it is created synthetically for drops in New Zealand, its active ingredient – fluoroacetate – is produced by plants in Australia.

1080 is the only pest control available that can cover large tracts of remote bush. Extending trapping operations in places like the Hunua Ranges would mean harming the bush by cutting hundreds of new tracks and spending millions of more dollars on staff and equipment to carry out the operations.

1080 is helping – not massacring – our native birds

DOC has compared areas where 1080 has been dropped to areas where it hasn’t, and found native birds fare better where it’s present. The poison can cut rat and possum numbers by up to 95% over large areas of bush – and that means more native birds survive. Nicola Toki, DOC’s threatened species ambassador, said four species would go extinct within a few years if 1080 stopped being used tomorrow. Hansford said millions of birds would die without the poison. Many native species would be, scientifically speaking, “fucked” without 1080. Having said that…

Being poisoned by 1080 is a really crap way to die

Another thing both pro and anti-1080 campaigners agree on. Few people like putting poison in New Zealand’s native bush. But it’s the only way to preserve native species. We’ve lost 43 species of native bird since humans settled New Zealand. Eighty per cent of our birds are threatened. Humans introduced the pest problem that’s killing our native species. 1080 remains the best available way to to fix it.

Read more: When anti-1080 activism grew noisy, and got ugly